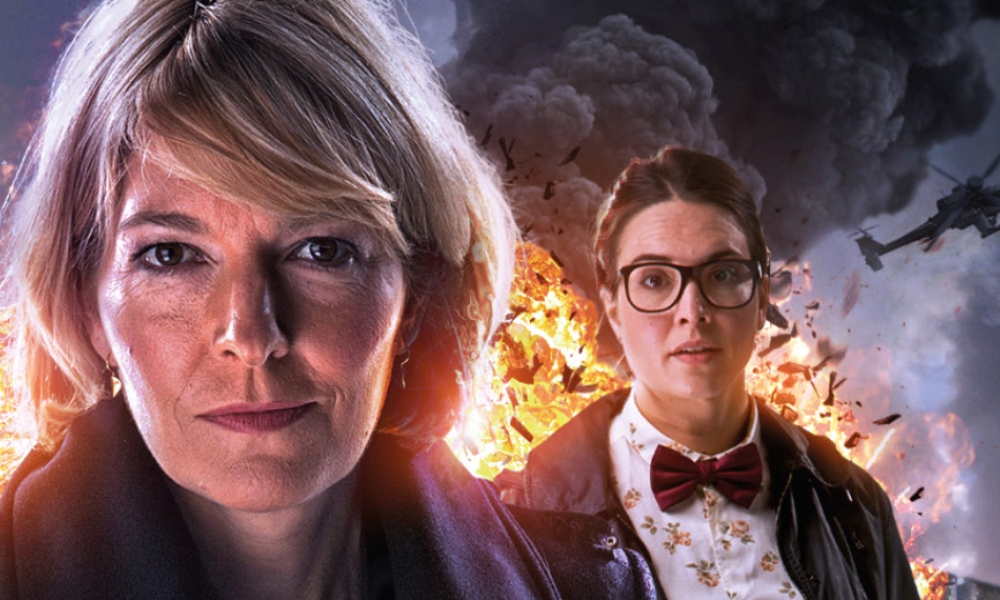 The United Nations Intelligence Taskforce in the post-Brigadier Alistair Gordon Lethbridge-Stewart era has been tricky for Doctor Who, both on screen and on audio. The television series gave us a successor for him in Brigadier Winifred Bambera in Battlefield, but one Lost Story over 20 years later aside, the cancellation of the television programme meant she never really took off. The Russell T Davies years of Doctor Who gave us a succession of leaders for UNIT (soon redubbed the Unified Intelligence Taskforce): Major Blake in The Christmas Invasion, Colonel Mace in The Sontaran Stratagem, Captain Magambo in Turn Left and Planet of the Dead, Major Kilburne in Enemy of the Bane, Colonel Oduya in Children of Earth. Many of these were killed off, but even the ones that survived left no lasting impression, and were supplanted in later appearances. It wasn’t until Kate Stewart, daughter of the Brigadier, appeared in The Power of Three and managed to actually reappear in The Day of the Doctor, that it felt like something sustainable had been established. In Kate Stewart’s UNIT, “science leads,” and in being a civilian and not a military leader, I think Jemma Redgrave manages to capture some of the everyman quality that Nicholas Courtney brought to the role of her father, which is needed for an interesting contrast with the Doctor and his companion(s).

In 2015, I expect to get something different from my UNIT stories than I was getting in 1970

On audio, Big Finish has struggled as much to create a lasting UNIT presence. There was a UNIT series in the early 2000s introducing a new cast of characters for a twentieth-century UNIT, but when UNIT: Dominion came out, it was set before the first series of UNIT, and featured an entirely different cast of characters. None of the characters from either version have appeared on audio again, except for Klein. Big Finish did seem to be grooming a new new new UNIT with Matheson and Sato in Tales from the Vault and Mastermind, especially when it united them with Mike Yates in The Worlds of Doctor Who, but this take has been supplanted now that Big Finish is transferring Kate Stewart and her scientific advisor, Osgood, to audio, filling in around them with a cast of new military characters.

The first box set of this new UNIT series, Extinction, came out two days after the two-parter The Zygon Invasion/The Zygon Inversion aired on television. Peter Harness and Steven Moffat’s Zygon tale was a powerful story: the first time I’ve felt that UNIT really has been reinvented for the twenty-first century, in a story taking on ISIL, drone strikes, and the refugee crisis in the most brazen of fashions. At first I was sceptical, but as the story unspooled I came to love what was being done, especially when the story ended with one of Peter Capaldi’s best performances in the role of the Doctor. But also, the tale was a great showcase for both Kate Stewart and especially Ingrid Oliver as Osgood, elevating her character from charming-but-flimsy joke to principled revolutionary.

Releasing Extinction just after its two principal characters reappeared on television makes sense from a marketing standpoint, but from a creative one, it showed up how limited Extinction is. Consisting of four episodes totalling three hours by Matt Fitton and Andrew Smith, Extinction places UNIT against a renewed Auton plot to invade the Earth. Except that this renewed Auton plot is almost exactly the same Auton plot you saw in Spearhead from Space and Terror of the Autons — only for some reason it’s twice as long! The Autons are going to invade the Earth with a corporate human stooge using a product they’re placing in every home.

In some ways, this is up to the usual Big Finish standards. Fitton and Smith are competent writers, occasionally able to produce brilliance. But this story, though competent, is uninspired, as UNIT basically runs around playing catch-up to the villains and investigating things that yield no surprises and don’t really help them in combatting the UNIT investigation. The crew of new characters they introduce is pretty unimpressive: a by-the-book colonel, a dashing secret agent, a young officer who plays by his own rules, a slightly rude journalist. You learn nothing about them in three hours of story that you wouldn’t know from reading these descriptions: better ensemble casts have been assembled in less time. Nothing about them is terrible, but nothing is interesting either. There’s no flavour or personality imbued in any of them.

Returning characters Kate Stewart and Osgood aren’t very well-served, either. Kate seems an overly ineffectual presence at times, being told what to do by too many of her subordinates. There’s real potential here to develop exactly what is meant by “science leads,” something the television programme has largely neglected since The Power of Three, but here she may as well be another member of the military for all it informs her ethos in running UNIT. Her relationship with her father’s legacy is also potentially of interest, but nothing is done with it aside from some small comments. Osgood is cute as ever, but there’s none of the depth that the character was able to demonstrate in the televised Zygon tales.

I like Kate Stewart, Osgood, and the general concept of UNIT to keep listening to these stories for now, but in 2015, I expect to get something different from my UNIT stories than I was getting in 1970: The Zygon Invasion/The Zygon Inversion showed that it was possible to do something much more than nostalgia with the format. Hopefully Big Finish is able to capitalise on that in future UNIT sets. These are great characters, and these are not the stories they deserve.