Doctor Who: You are the Doctor and other stories review 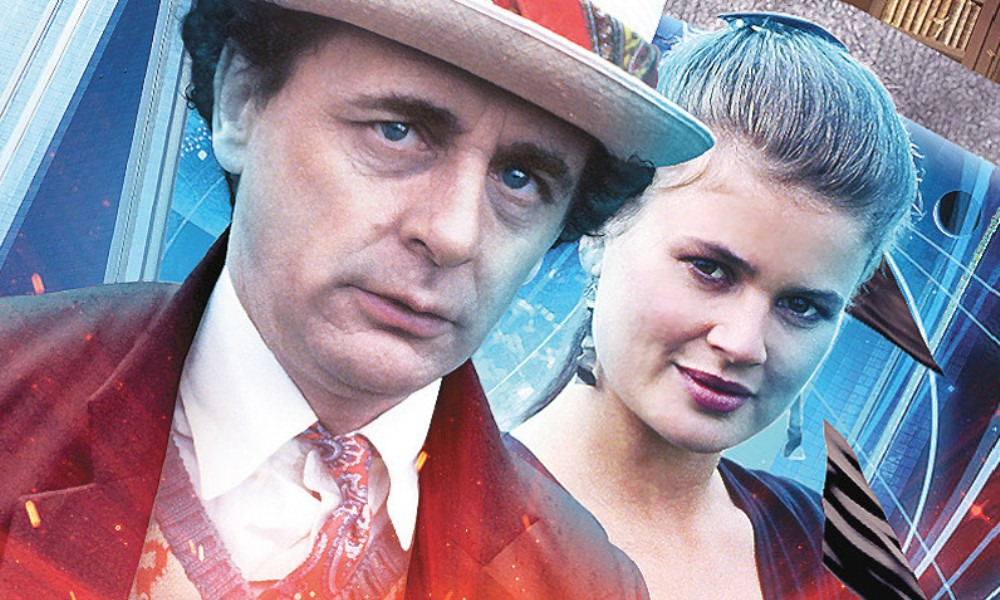 You are the Doctor and other stories is Big Finish’s latest “4×25” anthology release: four one-part stories about the same Doctor/companion team. The Fifth and Sixth Doctors have each had three of these, I think, but the Seventh Doctor has only had one so far (Forty-Five), so it’s nice to see the balance rectified somewhat with four new adventures for him and Ace. This takes place after Signs and Wonders, making it the first post-Hex story for Ace, and features some hints about who the next companion might be.

Like a lot of Doctor Who anthologies, it’s greater than the sum of its parts

Some previously anthology releases have been themed, but this one seems to be largely unthemed, yet you could argue there’s a faint sort of theme of games and recreation here: the first story is a “Choose Your Own Adventure” pastiche, the second is basically a game of Space Cluedo, the third is set at a space casino, and the last one is set on a tourist spaceship where I’m sure there are games. (Like I said, the theme is faint.)

You are the Doctor comes from the pen of John Dorney, and it delivers on its title: you are given a choice at the end of each track as to what action you, the Doctor, want to take. Escape or go gracefully? Explore or go back to the TARDIS? A porcine narrator makes it clear it’s all up to you! I didn’t actually play the game, since I was driving and that would be dangerous, and I’m not convinced it’s meant to be played. I mean, it’s no To Be or Not To Be when it comes to intricacy; indeed, it’s fairly simple set of binary branching choices, one of which almost always results in you getting killed.

This is definitely one of those stories that’s “clever”, and lives or dies on that. There’s no space for a complicated plot, nor interesting characterisation. I haven’t heard the previous appearance of the Porcians in The Fourth Wall, but based on this I won’t exactly be rushing out to purchase it — most of the jokes about them fell flat for me. But the story is clever enough that it does work. Dorney provides an in-story explanation not just for the format in general, but the detailed specifics of it, covering how and why the branches happen. And I actually did enjoy the Porcian commentary on each choice, especially as the story went on. It’s a clever conceit, and 25 minutes turns out to be exactly the right length for it.

This is followed by Come Die with Me by Jamie Anderson, who has something to do with Thunderbirds. The premise here is that the TARDIS has landed in a Cluedo-esque murder mystery, and if the Doctor solves it, he will get the ultimate prize — but if he fails to do so, he will suffer the ultimate penalty. This one’s high points include the performance of the (uncredited) actor playing Mr Norris and the atmosphere of the piece, but with basically no suspects, the mystery doesn’t really convince as one that has stumped thousands of previous visitors.

The third tale, Christopher Cooper’s The Grand Betelgeuse Hotel, is framed by Ace being on trial, reporting to a tyrannical judge a heist-gone-wrong that she and the Doctor stumbled into, which ostensibly resulted in the Doctor’s death. The best parts of this story are definitely the early ones, as the Doctor and Ace breeze their way into the confidence of a pair of thieves with the charm and rapport that Sylvester McCoy and Sophie Aldred have honed across 28 years of playing these characters. Jon Culshaw is good fun, though, and you have to love any story where the Doctor declares he is known as “the Approaching Inclement Weather System”.

The last story, Dead to the World by Matthew Elliott, has a simple storyline, but what it lacks in story, it makes up for in atmosphere. Elliott unspools this story and setup slowly, flitting between a couple different characters as the Doctor investigates (Ace’s appearance is held back a bit). It takes us a bit to figure out exactly what horrible thing has happened to the crew and passengers of the Daedalus. Elliott also populates his story with distinctive characters with distinctive voices and interesting interactions and backstories, packing more character into 25 minutes than some releases in the main Doctor Who range manage in 100. More than any of the other new-to-Doctor–Who writers on this release, I hope he gets picked up to do more for audio soon.

Like a lot of Doctor Who anthologies, You are the Doctor and other stories is greater than the sum of its parts. Even in a set of stories with futuristic settings themed around games, there’s a tremendous amount of diversity, and it’s great fun to spend two hours in the company of the Doctor and Ace, still one of my favourite TARDIS teams. A diverting set of adventures; probably the best main-range Big Finish release since The Secret History.

You are the Doctor and other stories (by John Dorney, Jamie Anderson, Christopher Cooper, Matthew Elliott; starring Sylvester McCoy, Sophie Aldred) was released by Big Finish Productions in December 2015.