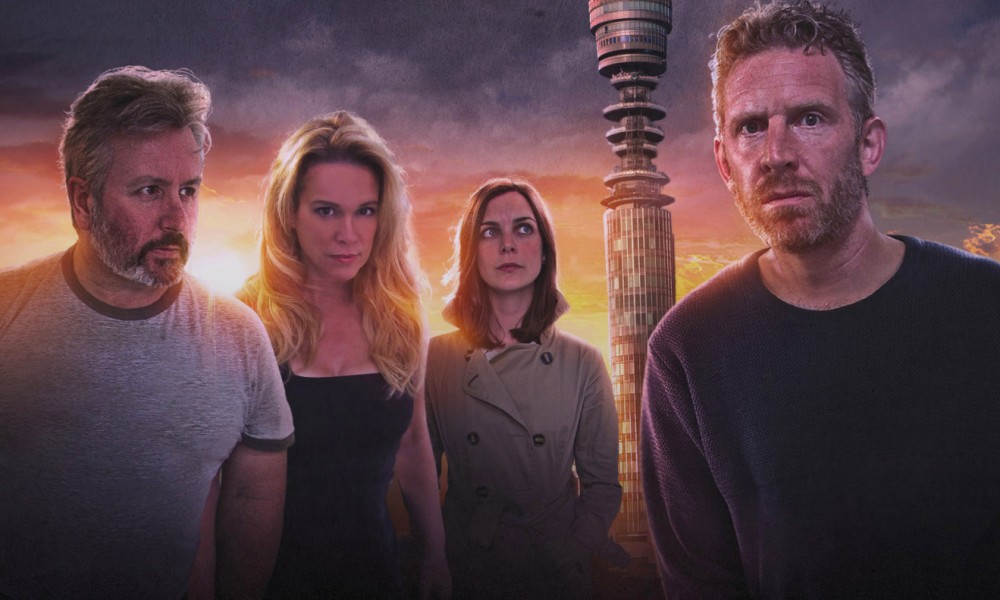 Each series of Big Finish’s Terry Nation’s Survivors has been structured around a different possible alternative society that threatens the lives of our heroes. Series One gave us Professor James Gillison’s little dictatorship, especially in its final two episodes; Series Two had the thread of a group of cannibals. Series Three is more tightly focussed than either of them, with each story here somehow centred on Paul Thornley’s John Vincent, who claims to be the representative of the British Government, and will not tolerate contact with outsiders or outside ideas.

This is probably the weakest of the Survivors sets thus far

Like Series Two, Series One has a series of different permutations of characters. Jonathan Morris’s Cabin Fever flashes back to the early days of the plague, showing us what Fiona Sheehan’s Molly (introduced in Series Two, but now off adventuring with a new character for some reason) suffered. Simon Clark’s Contact brings back Chase Masterson’s Maddie Price, the high-powered American lawyer who was friends with Terry Molloy in Series One, now trying to contact her home country from the Post Office Tower. Episode Three, Rescue by Andrew Smith, brings back Jimmy Garland (a television series character, who I know from a significant subplot in the Survivors novelisation) as he tries to rescue those trapped in the Tower, including Daniel and Abby (who of course wants to use it contact Peter). And the set ends with Matt Fitton’s Leaving, as our heroes’ conflict with Vincent reaches its climax as preparations for the launch of a new Mayflower get underway.

This is probably the weakest of the Survivors sets thus far, feeling somewhat generic when contrasted with the startling quality of the first box set. The best moments of Survivors are when it explores seriously the difficulties of creating a new society. Vincent does not provide us with such an exploration. He’s a thug and a xenophobe without redeeming qualities. He has a vast army of devoted followers, yet we only get bare hints of what makes him a good leader. There’s no interesting ethical ground to be trodden when our heroes are pitted against a thug with no redeeming qualities. Imagine them being pressured to fall in line by an upstart “British Government” with a much more nuanced leader. Or imagine the story drawing a connection between the way Vincent’s government operates and the way the actual British government operated. But these stories don’t go to such potentially interesting places, and the ethical choices throughout are all fairly obvious.

The best moments here are those that capture the vivid intensity that made the first box so successful: some parts of Cabin Fever are particularly chilling, there’s a shudder-inducing scene where a character hangs off the edge of the Post Office Tower, and some of what happens in the final episode is horrific. But these moments are too infrequent to sustain this box, which is much more conventionally action-focused than previous instalments of the Survivors audios: lots of fights and explosions and guns, as opposed to creeping terror and dread. And the box’s continuity isn’t as new-listener-friendly as compared to previous boxes; I was frequently confused as to who characters were or where they were.

Survivors has been good enough that I’ll keep going, but Big Finish has yet to produce anything of as high a quality as the original box, or even nearing it. Here’s hoping that next month’s Series Four represents a return to form.