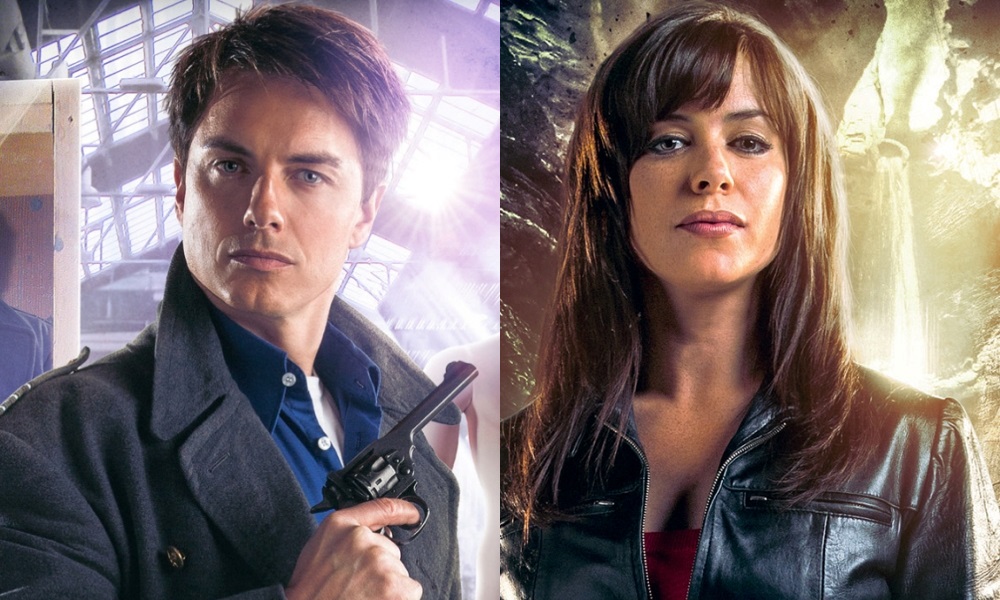 The first season of Big Finish’s Torchwood audio dramas is rounded off with two characters returning from earlier instalments: Captain Jack, who left to chase down the mysterious Committee in The Conspiracy, tracks down a new lead in Uncanny Valley, and Gwen Cooper, who resolved to reform Torchwood in Forgotten Lives, begins the difficult work of doing so in More Than This.

Uncanny Valley is a dark sci-fi tale; Torchwood at its best

Uncanny Valley is largely another Torchwood two-hander, with John Barrowman as Captain Jack and Steven Cree as both billionaire playboy Neil Redmond and the mysterious “NJ” (with a small role for Forgotten Lives writer Emma Reeves, too). Jack has determined that Redmond is in the thrall of the Committee — and that he’s often in two places at once. Jack comes to Redmond to discover the truth, and the play alternates between Jack and Redmond talking, and Redmond narrating his past, including many scenes between Redmond and NJ.

What emerges is a dark sci-fi tale: I know I say this about the Big Finish version a lot, but this is Torchwood at its best. Writer David Llewellyn explore some of the darker sides of the human psyche and human desire, what we can be like at our weakest moments. Cree is great in his double role of Redmond and NJ; NJ has a slight effect placed on his voice, and I thought this was utterly unneeded, as Cree did a great job distinguishing the two characters just by vocal mannerism. It’s a neat little Twilight Zone­-esque slice of drama, a weird idea followed through all of its implications, and there were some scenes that really hurt to listen to. (Also: listen to the CD extras for the most bizarre conversation between Cree and John Barrowman.)

This is followed by More Than This by Guy Adams. Gwen Cooper has come to Robert Pugh, Planning Officer for Cardiff City Council, to get permission to build a new headquarters for Torchwood. Pugh says that if she files all the proper paperwork, she’ll hear back in six months, so Gwen takes Pugh out for a day of Torchwooding to show him what’s at stake. This could be a simple comedy — and indeed, it does have its comedic moments, such as Rhys’s inability to purchase the right peppers — but it turns to be surprisingly more than this, and emerges as the best of the whole first series. Pugh is in mourning, and the story is framed through his monologues to his dead wife, which turn out to have a deeper significance as the story goes on.

Richard Nichols excels as Pugh, imbuing what could have been a stock character with a real, earnest humanity. As the story escalates, Pugh comes to see the necessity of what Torchwood does, and becomes alternately amazed and terrified at the universe he’s discovering exists right under his own news. The climax of the play is a tour-de-force of writing, acting, sound design (the ever-dependable Neil Gardner), music (Blair Mowat), and direction (Scott Handcock), as Gwen and Pugh face their own mortality in a space-time warp in Cardiff University.

Eve Myles is as great as always as Gwen, playing her as someone damaged by the tragedies of stories like Children of Earth, but seeing the need to keep fighting. I was also well pleased at the return of Tom Price as “PC Andy” (actually a Sergeant these days, but he’ll always be PC Andy to me), always ready to help Gwen, and not afraid to have a laugh at Pugh’s expense. Andy was one of my favourite Torchwood characters, and his small role in the proceedings here is just perfect.

The first series of Torchwood audios exceeded any expectations I had for it. This was a series of entertaining, inventive stories, putting the work Big Finish is doing in some of its more humdrum Doctor Who tie-in ranges to shame. More Than This is one of the best Torchwood stories there have been outside of Children of Earth, and I look forward to the possibilities of Season Two immensely.