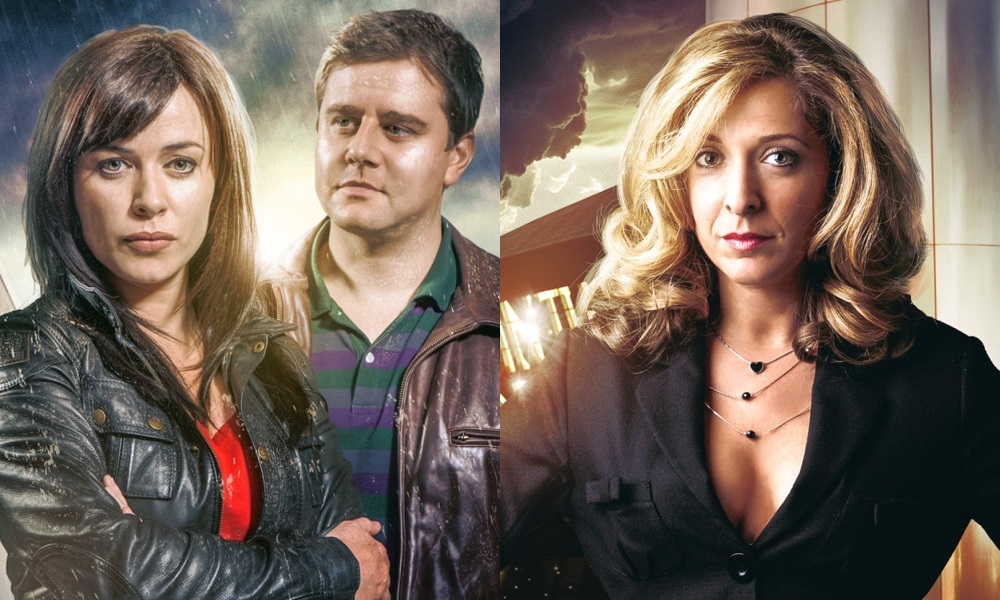 Forgotten Lives captures the feeling of the best episodes: the universe is vast and inhospitable, but there’s something beautiful about that inhumanity

Forgotten Lives opens with Gwen receiving a mysterious phone call from an elderly care home about Captain Jack Harkness and setting off to investigate with husband Rhys Williams in tow. There’s no narration, unlike in The Conspiracy: this is a full-cast play, albeit one with a very limited cast. I always wanted to like Gwen more than I did on Torchwood when it was a television programme, but I got a nostalgic tingle listening to her bicker with Rhys here as they investigate strange goings-on in rural Wales. This is a different Gwen than the one we saw on television: older, more weary, protective of the child she must raise, but still determined to do the right thing when called upon.

Forgotten Lives turns out to not quite be the story you expect when you start listening to it — more than once. Emma Reeves’s script (her first for Big Finish, I believe) has several excellent turns to it. She really packs a lot in here, actually: neat sci-fi ideas, banter between Gwen and Rhys, and a dark moodiness to the proceedings. Rhys’s haulage experience turns out to be both a character point and a plot point, and Seán Carlsen’s character of Gary has a surprising revelation about him. Forgotten Lives really captures the feeling of the best Torchwood episodes: that the universe is vast and inhospitable, but there’s something beautiful about that very inhumanity. It’s only real downside is that Philip Bond is supposed to sound like Jack Harkness, and his American accent… well, it wanders around a lot.

One Rule is simply delightful; I had a grin the whole time listening to it

Yvonne Hartman never appeared in Torchwood, but she was the original face of the organisation in the Doctor Who episode Army of Ghosts. Tracy-Ann Oberman returns as Yvonne in One Rule, an adventure set in the year between the Doctor Who stories Rose and Aliens of London. Yvonne needs a device from the Torchwood Three Hub in Cardiff, but ends up bogged down in local politics, trying to keep the city’s last few living councillors alive. The story is simply delightful: Yvonne struggles with the very unglamorous Cardiff night life as much as the alien killing machine, being forced to endure the locals’ enthusiasm for a Chinese buffet and the indignity of being rejected by a club bouncer. I had a grin the whole time listening to it.

But there’s a serious core to this story as well. Yvonne is classist and harsh, sure, but she’s that way because she needs to be. There’s a very well done (by both writer Joseph Lidster and sound designer Neil Gardner) callback to the second series episode Fragments, where we learn part of what motivates Yvonne to be as hard as she is. And her cruelty in the ending is spot on. Oberman is fantastic throughout, alternating between superciliousness and desperation. With around two years between the setting of this and Yvonne’s onscreen death in Doomsday, I hope this isn’t the last we hear of her on audio, and it would be particularly great to hear her interact with some Torchwood members. (Captain Jack, Tosh, Suzie, and Ianto all “appear” in this story, but in such ways that they have no lines, though there is a brief cameo for some future Torchwood members as well.)

With these two very different stories, Big Finish’s Torchwood series continues to move from strength to strength, with inventive tales that capture the darkness of Torchwood aesthetic in a way the television programme did at its very best.