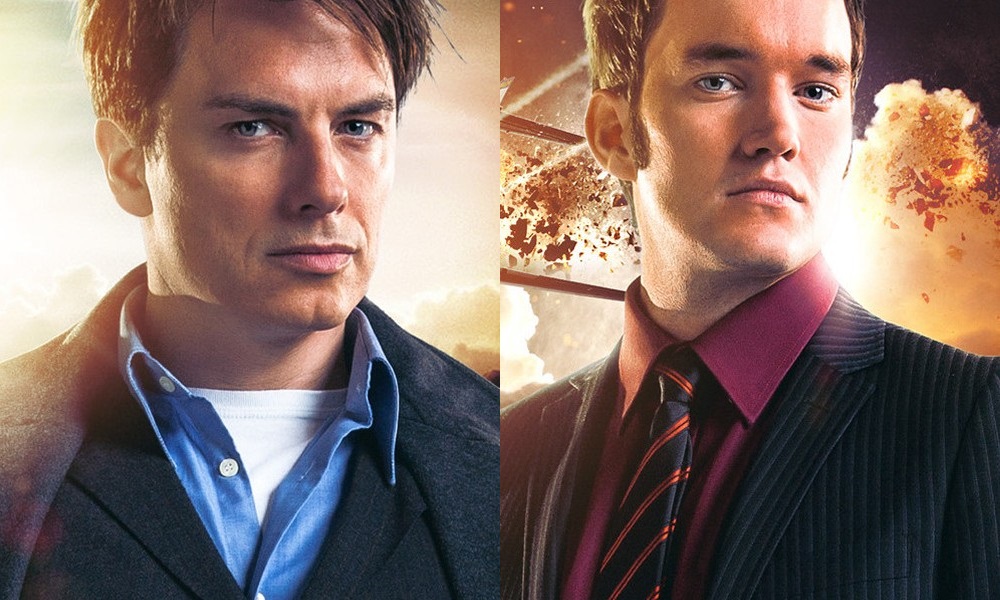 I was never a huge fan of Torchwood. I mean, of course I watched every episode, but I suppose my feelings toward the show can be summed up by the vast shrug of indifference I made when Tosh and the rapist doctor one died. I never really bonded with any of the characters as characters, except in fleeting moments. Like everyone else with a brain, I loved Children of Earth, but outside of that five hours of genius, Torchwood was more misses than hits for me.

Still, Big Finish has a good track record revitalising the weakest of Doctor Who concepts, from Melanie Bush to the Vardans, and so I decided to give their new range of Torchwood audio dramas a chance: I’m glad I did. The first series consists of six stories, each about an individual member of Torchwood, all tying into an ongoing thread about the Committee of Erebus, a shadowy group that supposedly rules the Earth in secret. They’re introduced in The Conspiracy, featuring (of course) Captain Jack Harkness. John Barrowman narrates this story of Captain Jack investigating George Wilson, a newscaster who one day lost it on air, angry at the awful state of the world, and resurfaced a few years later promoting conspiracy theories: but Jack knows that there’s a kernel of truth.

The Conspiracy doesn’t really tell us anything new about Jack, and the scale of the story works against it

The Conspiracy is an okay start to the series. Many of the later instalments will tell us new things about their stars, like the best Companion Chronicles, but The Conspiracy doesn’t really do that, being more interested in a pretty straightforward conspiracy story. Unfortunately, the scale of the story — there are only three characters other than Jack — works against it. Mostly Jack has an interview with Wilson, Jack talks to a YouTube vlogger, Jack learns the truth.

That said, it’s pretty entertaining up until that point. Barrowman’s performance always comes across a little flat on audio; I don’t know if it’s difficult to communicate Jack’s charm without a physical performance, but this is probably the best I’ve heard from him. The real highlight is John Sessions as Wilson, who you might know as Henry Fielding in the 1990s BBC adaptation of Tom Jones or as General Tannis in the Doctor Who classic Death Comes to Time. Sessions imbues Wilson with the right amount of enthusiasm and weariness, and I enjoyed all his interactions with Jack. Dan Bottomley’s part as vlogger Sam is small, but his performance and David Llewellyn’s writing of the character entertain; indeed, there are a lot of nice conspiracy-theory comic touches throughout the whole story.

The threat of the Committee is continued in Fall to Earth by James Goss. Like Goss’s recent Diary of River Song story, this is a two-hander, and though this doesn’t quite reach the heights of Signs, it’s a very good story. Ianto is a character I’ve always more felt like I should like than actually liked, but I really enjoyed him here. The events of Cyberwoman seem to be recent, as Ianto is worried his compatriots don’t trust him, and though he keeps claiming he’s just a butler, he wants to be more. In this story, he’s trapped on the SkyPuncher, a SpaceShipTwo-esque spaceplane, when something goes horribly wrong and he’s the only one left alive — and the only person he can talk to is a woman in a call centre in Turkey trying to sell him insurance.

The whole story takes place in the unlikely confines of this conversation, and it’s brilliant. Ianto and Zeynep bring out the best in each other, as they must work together to save Ianto’s life, and it turns out, many more beside. Goss’s story is immaculately paced, told in real time, alternating quiet moments with action scenes to build up the tension and keep the listener engaged in both Ianto’s plight and the characters. I feel like this must be most Gareth David-Lloyd has ever been asked to do in a performance as Ianto, and he rises to the occasion beautifully. Lisa Zahra impresses as Zeynep: plausibly a call centre worker, but also a woman yearning to do something else, and keenly insightful without crossing the line into cliché. I loved every moment of her interactions with Ianto, and the climax made me tense up in fear.

I never thought I’d say this, but I’m excited to hear what’s coming next

Both stories hit Big Finish’s usual standards for direction, sound design, and music. Scott Handcock always seems to do a great job as director with these small, intimate kinds of stories. Neil Gardner previously excelled doing sound design on Survivors, and he turns out to be a good fit for the atmosphere of Torchwood, especially in generating the suspense necessary for Fall to Earth. And Blair Mowat makes them sound like episodes of Torchwood with appropriately timed musical stings.

I never thought I’d say this, but I’m excited to hear what’s coming next. Everything’s changing, and Torchwood is ready…

The Conspiracy (by David Llewellyn; starring John Barrowman) and Fall to Earth (by James Goss; starring Gareth David-Lloyd) were released by Big Finish Productions in September and October 2015 respectively.