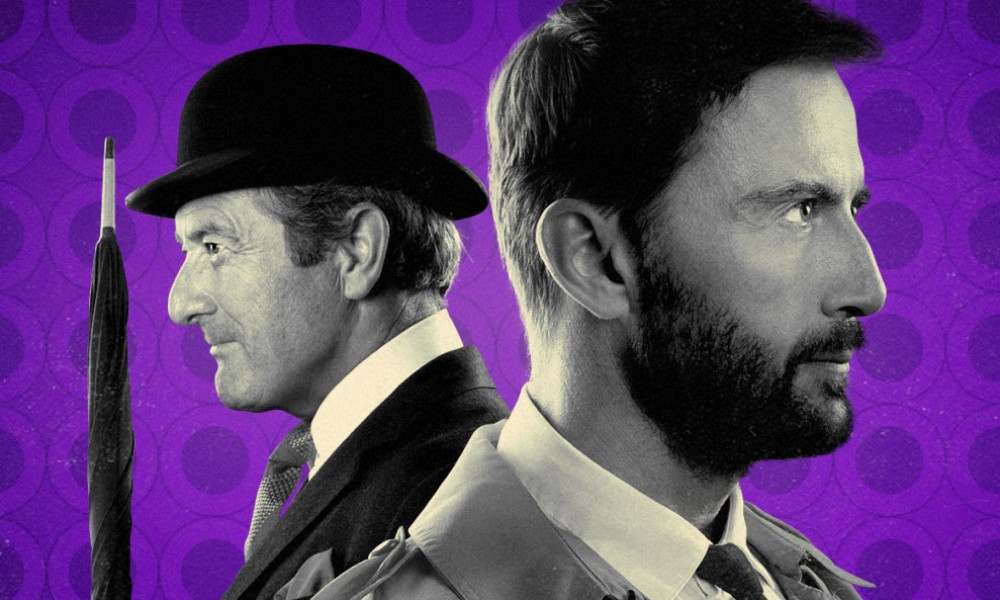 In a year where Big Finish Productions has and will be giving us appearances by the War Doctor, River Song, and David Freaking Tennant, it feels slightly goofy to say that The Avengers: The Lost Episodes is one of the best things they’ve got going — yet they incontrovertibly are. Almost every box of these stories is a lovely little slice of early 1960s adventure fiction brought to life, and Volume 5 turns out to be one of the better ones thus far, featuring a couple of the best Avengers stories I’ve heard yet.

The Avengers: The Lost Episodes is incontrivertibly one of the best things Big Finish have got going

The set opens with its best story: Nightmare. This period of The Avengers had episodes that focussed on either Steed or Keel, but rarely both, and Nightmare is definitely a Keel episode. One of Keel’s patients, an experimental pharmacist, goes missing, and Keel decides to look into the matter: it always bothers me when Keel coincidentally gets involved a crime caper, but aside from that there’s a lot to like in this episode, which features hallucinations, evil doctors, jobsworth doorkeepers, a prime part for Lucy Briggs-Owen’s Carol, and more. Terence Feely’s script for this story is completely lost; what we have here is a totally new script by Dan Starkey (Doctor Who’s Strax!) based on a number of deductions about what the original script was like from random titbits and hints. You’d never know it from listening, because the finished product feels utterly true to The Avengers, and (to this amateur fan, anyway) completely convinces. You can get a feel for what Starkey had to go through to write this by reading The Avengers Declassified: it even involved him having to work out who the villain was, so vague is the knowledge we possess! The story is a blast from start to finish — great action and snappy dialogue.

Girl on the Trapeze, by contrast, is adapted by Big Finish newcomer Rae Leaver from one of the few Avengers first-series episodes to still exist: you can actually watch this Dennis Spooner script being performed by its original cast! But it’s no less enjoyable than Nightmare for all that. It’s another Keel story, with our favourite crusading doctor witnessing a seeming suicide in the Thames — but the dead woman looks familiar to him somehow. Steed actually doesn’t appear in this one at all, so it’s down to Keel, Carol, and Paul Thornley’s Superintendent Lewis to figure out what’s going on at the Radeck State Circus. This is another fun adventure, with lots of small touches that really make it come to life, like Keel obsessively poring over TV listings to figure out who the dead woman reminds him of to the long-suffering Lewis’s blasted cold. (If Big Finish go on to do original Steed and Keel adventures once The Lost Episodes are over, I hope they bring this guy back; he was fun.) I’d be curious to see how this contrasts to the visual version, but a great conspiracy unfolded before my ears here.

The last two episodes in the set are both Steed stories (a curious order, I think; I’d’ve gone Crescent Moon, Girl on the Trapeze, Diamond Cut Diamond, Nightmare for some alternation action, I think). The first is Crescent Moon, another story where we only have slight evidence, this one adapted by Phil Mulryne from a lost script by Geoffrey Bellman and John Whitney. Crescent Moon sends Steed on a trip abroad (handily explaining where he was during Girl on the Trapeze), to investigate the mysterious death of a Caribbean military dictator. This is a decent story, but not the best of The Avengers; I typically find its dallying with foreign climes less convincing than when it sticks to the environs of London. Still, it has its moments, especially in Steed’s unlikely partnership with Jot Davies’s Carlos, the young police officer trying to prove himself. Most Avengers audios involve some doubling up, but in this one that was more obvious than most, thanks to Dan Starkey playing two different characters who have to have the same accent — there’s a limit to even his range.

The box wraps up with Diamond Cut Diamond, another reconstruction from a completely lost script, this one by John Dorney after Max Marquis. Steed goes undercover in this one to trace a diamond-smuggling pipeline running from South Africa to the United States; I assume Max Marquis must have recently read Ian Fleming’s Diamonds are Forever (1956), or there was just something in the air around then. The story requires Steed to pretend to be Australian, but Big Finish seem to have learned from earlier Steed-goes-undercover-with-an-accent tales, as I never had a problem distinguishing him from the other actors. The highlight of this story is Steed’s flirtations with Alice Haig’s Stella; they have a number of very good scenes together. Keel is not a focus of the story, but he gets a couple nice comedy moments as well as bit of heroism near the end, as he helps Steed put together exactly what the diamond-smuggling plot is. Dan Starkey is a little distracting, though: he plays four roles in this story, and one of them has vocal mannerisms a little bit too much like Strax!

As always, the individual adventures are supported by a great creative team. Julian Wadham and Anthony Howell never fail to impress as Steed and Keel; Wadham twinkles throughout, while Keel’s strong sense of morality keeps these stories grounded. I hope Big Finish keep the two of them working together even once they’ve exhausted all the lost episodes. Richard Fox and Lauren Yason deserve all the kudos they can get on sound design: this is a very action-heavy sequence, yet they manage to make sequences like an alleyway chase in Nightmare perfectly comprehensible on audio. Finally, Toby Hrycek-Robinson’s 1960s musical stylings are always a delight; I hope Big Finish release some bonus tracks of his Avengers work someday. The whole gang comes together here to produce one of the most delightful The Avengers: The Lost Episodes sets yet; I’m sad to realise we’ve only two more volumes of these slices of 1960s spycraft to go.