The Diary of River Song: Series One review 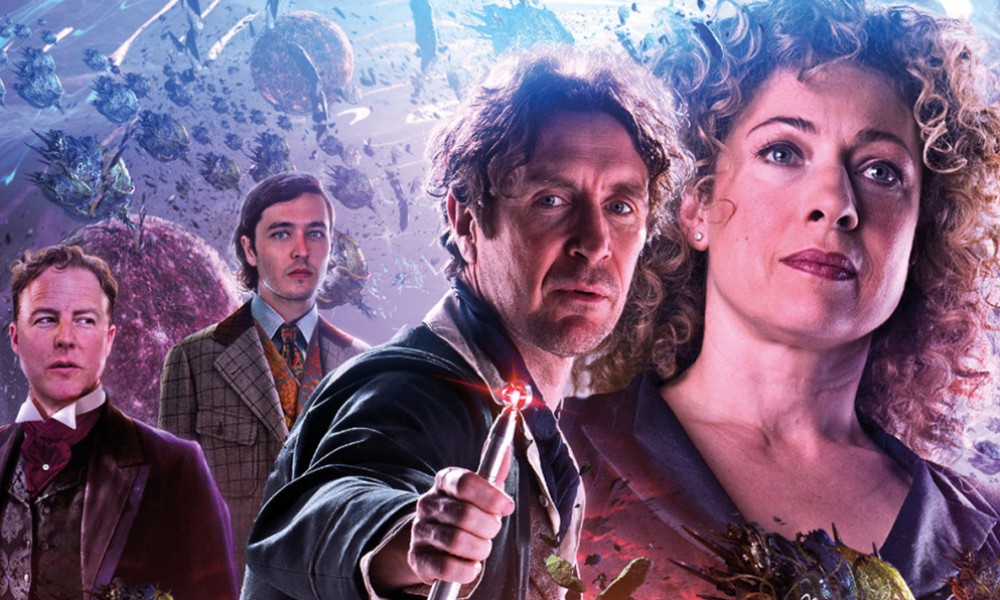 Big Finish’s dive into the “new series” era of Doctor Who continues with Series One of The Diary of River Song. River is a character I’ve never quite warmed to on television: Alex Kingston plays her with gusto and verve, but she’s often bogged down in some nonsensically complicated plots, and I’m never quite comfortable with how the Doctor lets her slide when she does something awful because he fancies her. But an amoral time-travelling space archaeologist is the kind of character I can get behind in a general sense, so I was interested to see what Big Finish would get up to with her.

I liked the 1920s setting of The Boundless Sea, the cast of characters, the music

The Diary of River Song gets off to a mixed start with Jenny T. Colgan’s The Boundless Sea. There are many bits of this story I liked: the 1920s setting, the cast of characters, the music. The standout is Confessions of Dorian Gray’s Alexander Vlahos as Bertie Potts, a sort of Wooster-esque diplomatic functionary with some surprising emotional moments, but Alisdair Simpson as Colonel Lifford, the blustering-but-cowardly leader of a British expedition in the East, and Charlotte Christie as Daphne Garsington, the plucky young clerk (she owns trousers!), were also enjoyable, treading the line between character and caricature with perfection. But the plot, a tomb-raiding story, is on the flimsy side, and I especially didn’t like how River’s character was puffed up by making all the male characters act like jerks — it’s a cheap and transparent way of making her seem exceptional.

I Went to a Marvellous Party has a glossy, fun surface hiding a dark tragedy underneath, much like River herself

Things pick up in the next story, I Went to a Marvellous Party by Justin Richards, where the stakes of the larger story start to become apparent. All the stories in this set are linked to the mysterious, self-styled “Rulers of the Universe” (given script editor Matt Fitton is a regular contributor to Counter-Measures, I wonder if they might be a later incarnation of that range’s Light), and in this story, River must navigate the dangers of one of their parties while solving a murder and trying to save the world. The murder mystery is mostly nonsense, but if there’s a prototypical River Song story, this ought to be it: a glossy, fun surface hiding a dark tragedy underneath, much like River herself. Though you get to hear River interact with a number of different “rulers”, the real heart of this story is her interactions with Letty Butler playing Spritz, a victim of the rulers. Richards has a good handle on the dichotomy of River’s character, and this is an excellent showcase for her — plus it has a number of good jokes.

Signs is a beautiful story, using River in a way that the television programme never would and probably never could

James Goss’s contribution, Signs, is probably the best Big Finish story I’ve heard since The Red Lady on Doom Coalition 1. Seriously, this is a tour-de-force from everyone involved: Goss, Kingston as River, Samuel West as the Doctor, Ken Bentley as director, sound designer Howard Carter. It’s an utterly engrossing story about the last days of River Song, as she and the Doctor use her limited time remaining to unravel an ancient mystery. It’s filled with great, tender moments about their relationship, not at all undermined by your knowledge that something must be going on, because Samuel West doesn’t appear anywhere between William Hartnell and Peter Capaldi. He puts in a good performance as the Doctor, and Kingston plays River’s coming death to the max, with humour and sadness and determination. I’m going to sound dumb here, but I was so engrossed it never even dawned on me that there were only two characters in this story until I read it online: Goss and everyone else create an astonishingly fully realised world that only needs two characters to stand up. This is a beautiful story, using River in a way that the television programme never would and probably never could. Tie-in fiction at its best. I’m glad to see James Goss will be contributing again to Series Two, though no doubt it’ll be completely different.

Matt Fitton brings it all together in Rulers of the Universe, which features the much-speculated-upon meeting between River and the Eighth Doctor. (This meeting is the whole reason I bought this in hard copy, instead of getting the download. Long-time readers will know of my Paul McGann compulsion.) This story pulls together a lot of the threads of the previous three, but the Eighth Doctor’s presence gives it a nice emotional core, as River rails that the rulers have brought the most innocent of the Doctors into their scheme. Don’t worry, the canon of their first (sort of) meeting in Silence in the Library is preserved, in a way I thought was pretty workable and somewhat interesting — even in the limited way they must interact, McGann and Kingston have chemistry. (Of course they do.) The plot of this one I seem to have already forgotten, more than any other story in the set — there are some deep-voiced aliens from the dawn of time, blah blah blah — but it’s a fun conclusion to what has been an often fun, but surprisingly emotional set.

River is a child of tragedy, and The Diary of River Song never lets us forget that, but it never bogs us down in it, either. Fans of River Song would obviously do well to pick this up, but even if you’re on the fence about her, the new writers here reveal some new sides to her. Definitely the best of the Big Finish “new series” releases I’ve heard thus far.

(C’mon, Big Finish: yet another box set with no bonus music track! It’s a crime, I tell you! Cut back on the ramblings of Ken Bentley and throw me a 15-minute bone here, jeez.)