Doctor Who: The Companion Chronicles: The First Doctor: Volume One 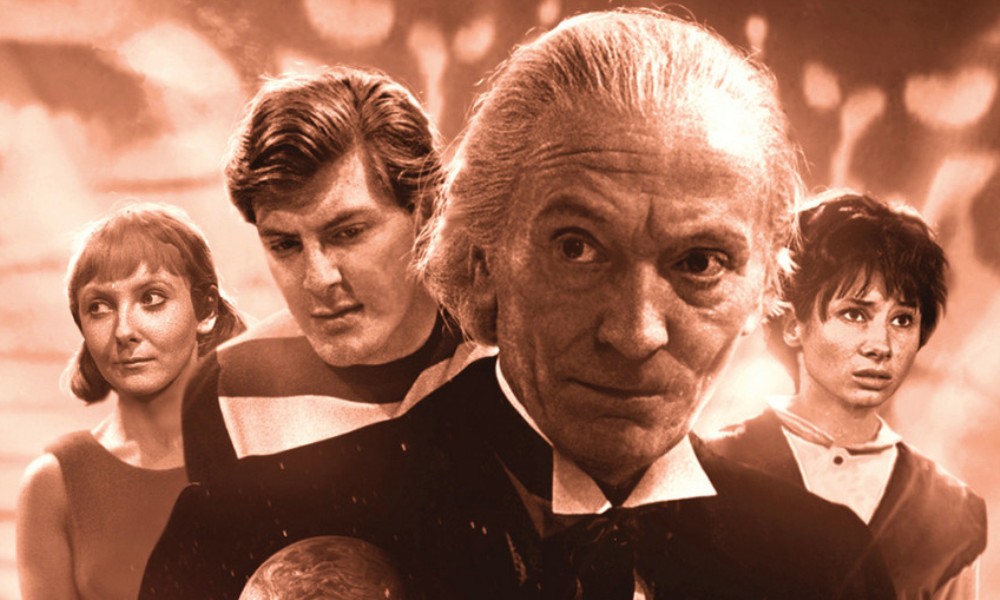 Doctor Who has had a long relationship with revolution and insurrection. In 1964’s The Aztecs, Barbara tries to change a society, but fails; later that year, in The Reign of Terror, the Doctor and company witnessed the gross excesses of revolution in France — but it was also revealed that it was the Doctor’s “favourite period in the history of Earth”. The Doctor would soon begin helping planets throw off the chains of alien occupiers in stories like The Dalek Invasion of Earth (1964) and The Space Museum (1965), and by the time of 1966’s The Space Museum, he’s begun overthrowing legitimate governments when he believes their morality doesn’t quite stack up. Battling unjust rulers would become a point of pride to him in the 1970s and beyond: The Pirate Planet (1978), The Creature from the Pit (1979), State of Decay (1980), Vengeance on Varos (1985), Time and the Rani (1987), and The Happiness Patrol (1988) are all among stories where the Doctor allies himself with a plucky band of rebels seeking to bring down the government. Revolution continues to be a foremost topic of Doctor Who today; in addition to stories filling this same archetype like The Long Game (2005), the most recent series has given us a nuanced and complicated examination of revolution in the two-parter of The Zygon Invasion and The Zygon Inversion, which is more about a Zygon citizen deposing her own government than it is an actual invasion.

All of this is a long prelude to say that it’s not terribly surprising that three of the four stories in Big Finish’s new The Companion Chronicles: The First Doctor Volume One concern revolution and the ethics thereof. In Martin Day’s The Sleeping Blood, Susan stumbles her way into a group of soldiers seeking a man who may be a cruel terrorist or a justified revolutionary; in Ian Potter’s The Unwinding World, the Doctor, Ian, Barbara, and Vicki discovery a society that has committed a historical atrocity and now seems to be suppressing its own population through drugs and bureaucracy; and in Simon Guerrier’s The Founding Fathers, Steven tells a story of meeting would-be revolutionary Benjamin Franklin while he and his granddaughter debate whether or not a computer simulation of the Doctor has the right to run for ruler of their society. Only Guerrier’s second story on the release, The Locked Room, doesn’t really touch on these themes. Between them, we get quite a range of perspectives on the topic, as well as return to the high-quality storytelling The Companion Chronicles were capable of in their heyday.

The Sleeping Blood, as Big Finish’s first Companion Chronicle in a year, feels like a homecoming. As the tones of Delia Derbyshire’s unsurpassable arrangement of the main theme subside, we come in on the original TARDIS control room hum: at once creepy and comforting, nostalgic and alien. The Sleeping Blood is a slow, atmospheric story well-told by Carole Ann Ford, of Susan striking out on her own in alien hospital while the Doctor suffers from an unknown infection. The early parts of the story, as Susan tries to make sense of this world she’s found herself in, are the best, showing the often unrealised potential in the character of Susan: fearful though she may be, she rises above it all to use her intelligence and bravery to solve the problems she encounters. Toby Hrycek-Robinson’s sound design here is masterful and spooky.

The Sleeping Blood is a slow, atmospheric story, showing the potential in the character of Susan

Once Susan encounters a group of policemen looking for a rebel cell, the story shifts focus somewhat, becoming — in my mind — less successful in the process. The release runs up against the limitations of the Companion Chronicles format, in that this group is really just one guy who talks a lot (Darren Strange’s Kendrick) and bunch who have nothing to ever say. Some aspects of the world-building don’t quite convince, either, and the end of the story seems to be evoking a level of tragedy it doesn’t actually achieve. Parts of the story’s second half that move slowly seem like they could have been better spent increasing the level of nuance here, which would make the ending feel more earned, and add more complexity to the terrorist/revolutionary debate the story wants to enter into.

The Unwinding World is a much more straightforward story in some ways, more complicated in others. When we enter the action, Vicki and the rest of the TARDIS crew have been living on a space colony for some time, and Vicki has been called into the office of her supervisor, the computer Connie (played by Alix Dunmore), to discuss her performance. As they do, the backstory slowly emerges, and so too does the rottenness of the society in question. Potter is always dependable when it comes to reproducing the voices of the 1960s characters, and this story is no exception: his portrayal of Vicki gives Maureen O’Brien some absolutely delightful material to work with, as she recounts everything she’s experienced to Connie, fluctuating between charming naïveté and principled wilfulness.

Ian Potter is always dependable when reproducing the voices of the 1960s characters, and The Unwinding World is no exception

As the pieces slot into position, this one is very enjoyable; it almost has the feeling of a heist story (which I always enjoy), except that instead of stealing anything thing, the TARDIS crew are working to bring down a whole society. What works less successfully for me here are the glimpses we get of what the Doctor, Ian, and Barbara are up to in the meantime, as the characters go unvoiced for obvious reasons. At first, the brief flashes to their experiences are quite clever, and Hrycek-Robinson again excels himself on sound design, but the more frequently they come, the more implausible it seems that William Hartnell’s Doctor would have nothing to say in the dialogues he finds himself in. Using this device more sparingly would have worked, but the more it’s deployed, the more obvious its limitations become. Still, it doesn’t stop this from being a very enjoyable story, and when we fully learn what’s going at the end, you have to stop and wonder if bringing down this government is really the ethical act that the TARDIS crew think it is: the society in question is up to something a little bit more complicated than you might except at first glance, but it’s too late for them to do anything else.

The Founding Fathers and The Locked Room round off a trilogy that began with The War to End All Wars, continuing the adventures of what happened to Steven after the Doctor left him behind in The Savages. As always, the combination of Simon Guerrier and Peter Purves’s Steven Taylor leads to perfect genius. The Founding Fathers is a fun little story about an encounter with Benjamin Franklin in London, complicated by what might be the intervention of a time traveller apart from the TARDIS crew, and by the fact that Steven is telling the story to his granddaughter (Alice Haig’s charming Sida) in the presence of a computer simulation of the Doctor (also played by Purves), who asserts that he is the Doctor. It has a surprisingly simple resolution, but it’s an enjoyable celebrity historical, enlivened by its frame, which gives the flashback tale an added significance.

In The Founding Fathers and The Locked Room, as always, the combination of Simon Guerrier and Peter Purves leads to perfect genius

The real meat of the whole thing comes in The Locked Room. I expected a very different story to the one we ended up getting here, but The Locked Room is even better than what I imagined (which, actually, involved revolution). Sida narrates this story, which I don’t want to say too much about the plot of, because much of its joy lies in its tension and in its surprises. Suffice it to say, that Hrycek-Robinson outdoes himself on sound design; there were some beautiful, nerve-wracking scenes here that had me biting my lip as chills ran up and down my spine. The twists and turns in this story are exceptional, complete with not one but two surprise guest stars, and some lovely looking back on what the Doctor and travelling in his TARDIS meant to Steven. I, of course, hope to hear more First Doctor and Steven adventures from Simon Guerrier, but if this is the last one we ever hear, it will have been a hell of a way to go out.

You might not believe it, but I actually used to be sceptical of The Companion Chronicles, thinking that Big Finish’s writers couldn’t quite come to terms the 50-minute format. But as the range progressed, I fell more and more in love, and I was sorry to see it go: a sorrow reinforced when The Early Adventures turned out to be a poor substitute. I remain sorry that instead of getting 12 of these stories per year, we’re just getting four, but when the four we do get are as excellent and enjoyable as this, it’s better to view them as a continuation of something great rather than a reminder of what we’ve lost. I know Big Finish has found it hard to sell these stories, but as long as they continue to produce them, I’ll be buying them. In terms of character depth and thematic complexity, they don’t produce any other Doctor Who stories that can touch them.