Doctor Who: The Cloisters of Terror review 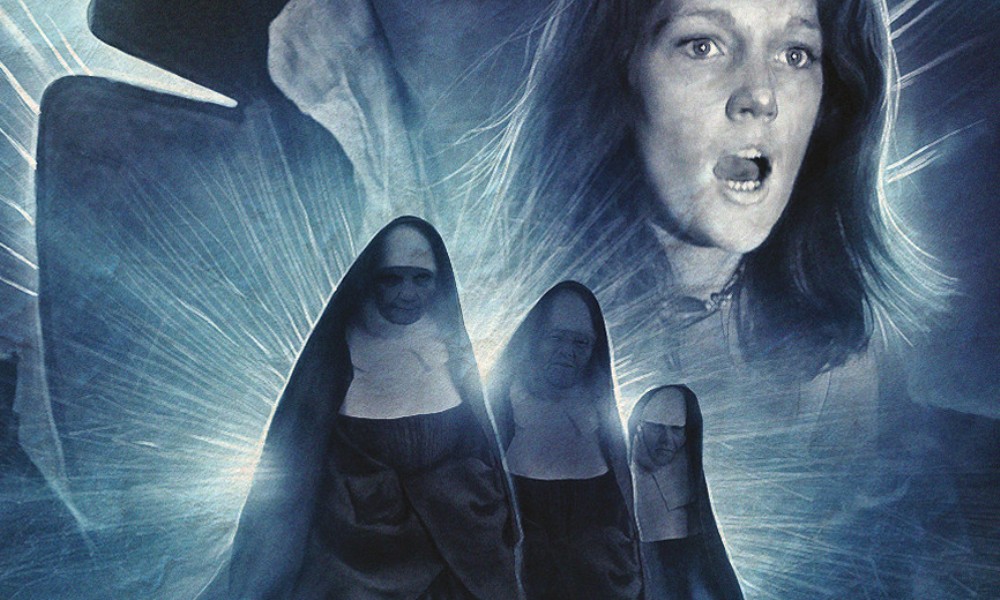 The fourth series of Fourth Doctor Adventures comes to an end with Jonathan Morris’s The Cloisters of Terror, which brings back a guest character from The Companion Chronicles, Rowena Cooper’s Dame Emily Shaw (mother of Liz Shaw). Dame Emily is the newly-installed dean of an Oxford women’s college where the students have been vanishing mysteriously — and the Doctor and Leela have intercepted her call to the police and come to investigate.

The Cloisters of Terror is a lot like the opener of this series, The Darkness of Glass: a 50-minute slice of a sort of Hinchcliffe/Holmes pastiche that is moderately successful. Nothing here will impress you, but nothing’s really wrong with it either. I liked it, but didn’t love it. St Matilda’s is entirely staffed by nuns, meaning that outside of the Doctor the story has an all-female cast, which was cool, and the nuns themselves are used as figures of mysterious fear.

However, I often felt like the actual production wasn’t as creepy as I thought the script intended it to be. This could have been chilling, but usually the nuns were just kind of there; Jamie Robertson’s sound strengths lie more in the big, cinematic Doctor Who stories, not this kind of small, intimate tale. The ending was the other disappointing part of the story for me — like a lot of Doctor Whos, the more we got into the sci-fi explanations, the more bogged-down the story got, with discussions of the incredibly arbitrary rules of alien drive systems and power sources and so on that sucked all the drama out of what we were listening to.

Of course, the main cast is as great as always: but Tom Baker always does particularly well when paired with an older woman, and Dame Emily is a fabulous partner for him. I’ll have to go back and find her original appearance in The Last Post now, and I hope this isn’t the last we hear of Rowena Cooper as her, either in the Fourth Doctor Adventures or elsewhere.

There are few surprises in this tale, but it’s an enjoyable enough way to spend an hour. Which is fine, but as I come to the end of this series of Fourth Doctor Adventures, I just wish I could say stuff like that less often.

To step back for a moment, I don’t know what it is that stops this range from being as clever and innovative as, say, The Companion Chronicles, but clearly there is something. A larger rota of writers might help. One of the strengths of Doctor Who is its diversity, but this range is anything but. John Dorney, Alan Barnes, and Jonathan Morris all average at least one release per series, and of course Nicholas Briggs averages three per series! There have only been three real “outsider authors” across the range so far: Justin Richards wrote one story apiece for Series One and Four (though one could hardly claim he’s an outsider author at Big Finish and general, nor is he particularly innovative), the writing team of Nigel Fairs and Louise Jameson wrote one release in Series Three, and Matt Fitton made his Fourth Doctor Adventure debut this series. It’s a frankly staggering level of author release, and as much as I can tell that John Dorney and Jonathan Morris do their best to innovate with each new release (and fairly often, they succeed), there’s only so much one can do, and there’s very much a same-ness to the stories we get. Doctor Who should be anything but humdrum, but these Fourth Doctor Adventures are usually exactly that. As much as the presence of Lalla Ward makes me look forward to the next series, the author lineup does the exact opposite, with its string of largely expected names: Justin Richards, Eddie Robson, Jonathan Morris, Jonathan Morris, Alan Barnes, John Dorney, Nicholas Briggs, and Nicholas Briggs. Seven releases by familiar names, and just one by someone new to the range. It looks like we’re in for the same old, same old yet again…

The Cloisters of Terror (by Jonathan Morris; starring Tom Baker, Louise Jameson) was released by Big Finish Productions in June 2015.