Doctor Who: Requiem for the Rocket Men / Death Match review 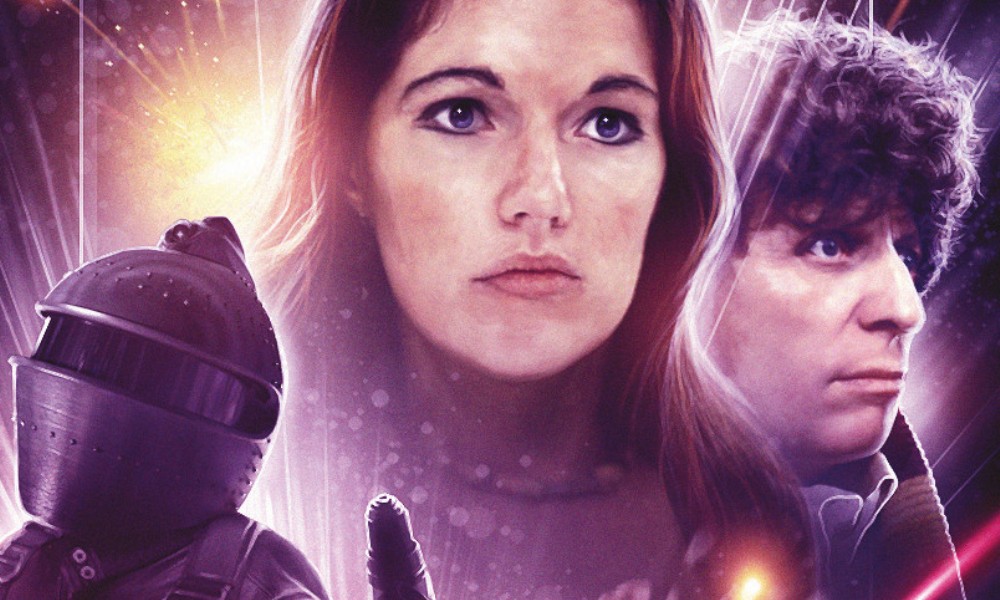 That they don’t try to do anything new has become an easy critique for me to lob at most instalments of the Fourth Doctor Adventures, as they seem to often want to repeat warmed-over Hinchcliffe and Holmes tropes to an extent Hinchcliffe and Holmes themselves would have balked at. But no such critique can be lobbed at the double-bill of Requiem for the Rocket Men by John Dorney and Death Match by Matt Fitton, which forms a loose two-parter in the middle of this season of the 4DAs (much like The Girl Who Died and The Woman Who Lived did on telly recently). Between them, these stories strive to do new and interesting things with the characters of the Doctor, Leela, and even the Master.

These stories strive to do new and interesting things with the Doctor and Leela, and even the Master

Requiem for the Rocket Men is also a loose sequel to The Companion Chronicles’ The Rocket Men and Return of the Rocket Men; the story here begins with the Doctor and Leela being seemingly captured by a bounty hunter working for them, but the story mostly focusses on the Master, as much of it, though not the whole thing, unfolds from his perspective. Many, many Doctor Who stories feature the Doctor trying to work out what the Master is up to; in a delightful twist, this one features the Master trying to work out what the Doctor is up to. Though this gives Tom Baker little to do, he shines with the material he does get, and of course Geoffrey Beevers finally gets a Fourth Doctor Adventure worthy of his vocal talents, as Dorney has a strong grasp on how this incarnation is a vicious monster bubbling beneath a civilised veneer.

Leela too is given much to do, as she spends much the story paired with Damian Lynch’s Marshall, a Rocket Man who works as a tracker. As a pair of hunters, the two have much to say to one another, and their scenes are a real highlight, as she begins to teach Marshall in the way that the Doctor taught her.

It’s just a fun story, with lots of clever touches and interesting twists, and it feels like it has something to say about these characters. It’s almost a shame (and just feels a bit weird) when the Doctor and Leela take the narrative back over from the Master and it becomes traditional Doctor Who again; of all the two-part Fourth Doctor Adventures I’ve heard, this is the only one I’ve ever wished could be longer. Dorney could have got four episodes out of this setup easy, and it would have allowed the Master to dominate deliciously.

Requiem and Death Match feel like they come from an older era of Big Finish, when the impulse was to innovate

The ending is really, really charming, though I wish there’d been a story between the two, as its impact is undercut by it being immediately followed by Death Match. Fitton’s story is very different, as it’s a much more traditional Master plan, albeit one with some personal stakes for Leela. Frustratingly, these stakes — Leela being forced to kill, in contravention of the morality she’s developed since travelling with the Doctor — are largely glossed over. Still, even without them in play, this is a decent adventure: the Master is once again on point, and though Marshall had much less to do this time out, I still enjoyed his character as everything came to its inevitable conclusion.

So many Fourth Doctor Adventures seem like they’ve started from a nostalgic impulse; Requiem for the Rocket Men and Death Match feel different, in fact they feel like they come from an older era of Big Finish altogether, when the impulse was to innovate, to find new and interesting ways of warping the Doctor Who format. These stories accomplish that, and it makes for the most enjoyable two hours of the Fourth Doctor Adventures in a while. Even if you give the rest of the fourth series a miss, listen to these two.