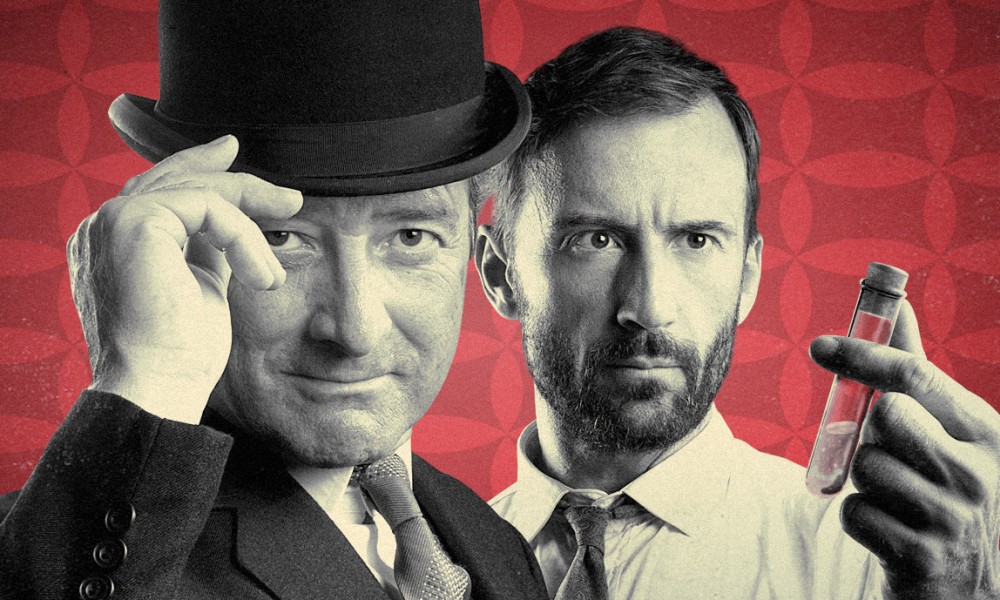 The Avengers is another of those classic British television programmes I’ll never watch — but I’ll gladly consume the new adventures as produced by Big Finish. The fourth volume of The Avengers: The Lost Episodes pushes the series into new territory, as it contains the first episode for which no script survives (most of Big Finish’s Lost Episodes are adaptations of original 1960s scripts for episodes that no longer exist).

Big Finish get closer to the Platonic ideal of the programme they’re adapting than the actual programme-makers did!

Kill the King, adapted by John Dorney from a script by James Mitchell, is very similar to the previous set’s The Yellow Needle, with our heroes having to protect a foreign monarch on British soil from assassination, though in this one, Doctor Keel only appears in two scenes — most of the action is carried by Steed. This is a story that I suspect was better on screen, as it features an extraordinary number of guest characters (14 according to the online cast list), and I found it difficult to tell most of them apart, except for the king himself and Adrian Lukis’s magnificently evil Major Harrington and his victim, Elizabeth Morton’s Ingrid Storm. On audio in a story like this, there’s just not enough cues to remember who everyone is, and that makes telling a conspiracy story difficult. Still, it has its moments, especially the climax and the closing scene.

Let me reprint the blurb for Lewis Davidson’s A Change of Bait (adapted by John Dorney): “Carol’s landlord has got into a lot of trouble with a shipment of bananas and a crooked businessman. Fortunately Steed and Keel are hot on the heels of insurance fraudsters and might just be able to save him…” Yes, this episode is every bit as dull as you might imagine an episode about insurance fraud and labour relations might be, and no amount of indicating that Carol’s landlord might die of a heart attack brought on by stress will make this thing exciting. Philip Bretherton’s in it, though, and I love that guy.

Julian Wadham and Anthony Keel are two actors at the top of their game – I can’t believe we’ll never see them on screen!

Hunt the Man Down is by Justin Richards from a script by Richard Harris… except that script no longer exists! I wished they’d talked more about the process on the extras, but you can read a lot about it here; Richards had a couple synopses, some photographs from the location work, and some production memos to work from! I don’t know what those synopses were like, but the result certainly feels like an actual episode of The Avengers, and indeed, it’s the best episode on the box — Big Finish, as always, getting closer to the Platonic ideal of the programme they’re adapting than the actual programme-makers did! It’s a fun, twisty crime story, with a great villain.

Finally, there’s Dead of Winter, by Eric Paice (adapted by, yes, John Dorney), where Keel must stop a Nazi plot to resurrect the dead and start World War III. It’s delightful, goofy, 1960s fun. Their plan is amazing, too, involving yet another dockworkers labour union and the intricacies of the meat-packing industry. Strax the Sontaran plays a nervous Nazi kid.

Julian Wadham and Anthony Howell continue to impress; these are two actors at the top of their game who know how to pull off that reserved 1960s performance aesthetic. I can’t believe we’ll never see them on screen! All of these Avengers sets have definitely been mixed bags in terms of script quality, but the production is always top-notch, and this one has high points as high as any in the range. And if Hunt the Man Down is any indication, I’m looking forward to when they switch over to doing sets entirely made up of “new” scripts.