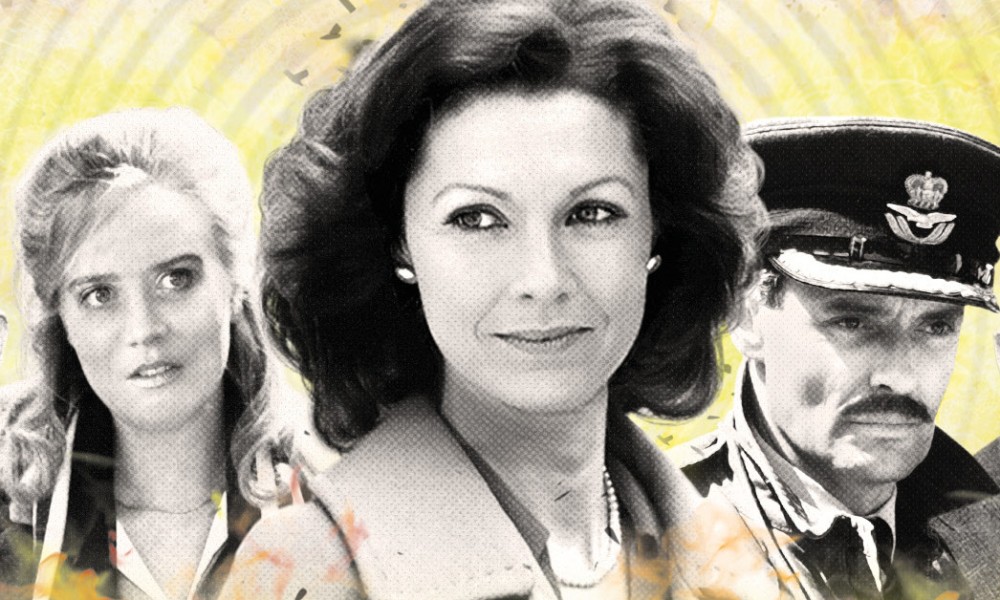 The end of Series 3 of Counter-Measures promised dramatic events in Series 4, and that’s exactly what we get in the latest box set, which draws together a number of threads from across the previous three series, not to mention 1963: The Assassination Games. The last story of Series 3, Unto the Breach, left a number of questions about the international conspiracy the Intrusion Counter-Measures Group was becoming beleaguered by unclear, so it’s up to Series 4 to answer those questions and move Counter-Measures into a position to fight back.

Giant international conspiracy stories can be a tough nut to crack

Giant international conspiracy stories can be a tough nut to crack, I think. You want them to have some scale, obviously, but if you give them too much scale, it becomes difficult to suspend your disbelief: how could your protagonists possibly hope to do anything against a conspiracy of this size? Counter-Measures has this problem, I think; the conspiracy they’re up against is so big and so powerful, that Counter-Measures doesn’t really seem like it’s in a position to do anything about it. Furthermore, why did the conspiracy bother with Counter-Measures to begin with: they undertake some incredibly complicated manipulations of the ICMG, and I’m not sure why. Counter-Measures Series 4 tries to counteract this by essentially deploying a second conspiracy, one on the side of the good guys (for now, anyway)… but this conspiracy seems so powerful that it’s unclear to me why it needs Counter-Measures to do its gruntwork. The agents of it that we eventually meet seem so capable that they could have handled everything themselves. (Plus, Sir Toby is surprisingly ham-fisted in his dealings with them, for someone who’s supposedly a smooth political operator.) Really good conspiracy stories can create an unbelievably taut atmosphere of suspense, as people reveal themselves to not be who you thought they were — Counter-Measures has done this to good effect in both last series’s Unto the Breach and Series 1’s State of Emergency — but this set doesn’t quite pull it off.

The result, since every episode of this set revolves around the conspiracy in some way, is probably the weakest of the Counter-Measures sets so far. None of the stories are terrible, or even bad; they just all felt to me like they were compromised by conspiracy story, not quite achieving their full potential. The set opens with New Horizons by Mark Wright and Cavan Scott, a standalone tale where the ICMG investigates a new mass transit scheme with a surprising link to nineteenth-century science-fiction. It’s a decent standalone tale, and I like the idea of leading off the set by seeming to not follow up the events of the cliffhanger ending at all.

The next two tales, The Keep by Ken Bentley and Rise and Shine by John Dorney, essentially form one linked story in two parts, as Counter-Measures begins to reunite and fight back. Again, these are decent tales — what let them down for me were largely their ties into the big conspiracy plots as I’ve already detailed. On their own, they’re a very satisfying set of action-adventure tales on a large scale, lots of gunfights, high-speed chases, secret bases, cool gadgets, and so on. There are a large number of guest characters from previous sets who return, though (four, I think), and I didn’t remember any of them but one, and these stories did very little to ensure that I did. Characters would say and do things that I think were supposed to be meaningful, but my reactions were still stuck on trying to figure out who they were. Given these sets are released on annual intervals, I think a much larger reminder would seem obvious.

Counter-Measures has a solid premise and a solid cast, but I don’t think this set used them to its best advantage

The last story is probably the best one, Matt Fitton’s Clean Sweep, which returns events to the smaller scale that I think Counter-Measures works better with. It’s also really the only story to make good use of the 1960s setting; there are a lot of creepy scenes of people listening to other people over the phone, where Benji Clifford really does well on sound design. The Counter-Measures team feel like they’re plausibly at the centre of events here, and I really liked how they work together as a team to defeat their enemies in this one.

Counter-Measures has a solid premise and a solid cast, but I don’t think this set used them to its best advantage. These big stories leave little room for our characters as people, and given they only appear in four one-disc stories per year, I feel like that’s an oversight. All the cast is great, but none of them particularly shine in this set outside of the teamwork in the last episode. Big Finish has promised that though Counter-Measures has come to an end, the series will continue with The New Counter-Measures, and I hope that series will deliver on the promise that I feel comes through here only intermittently.