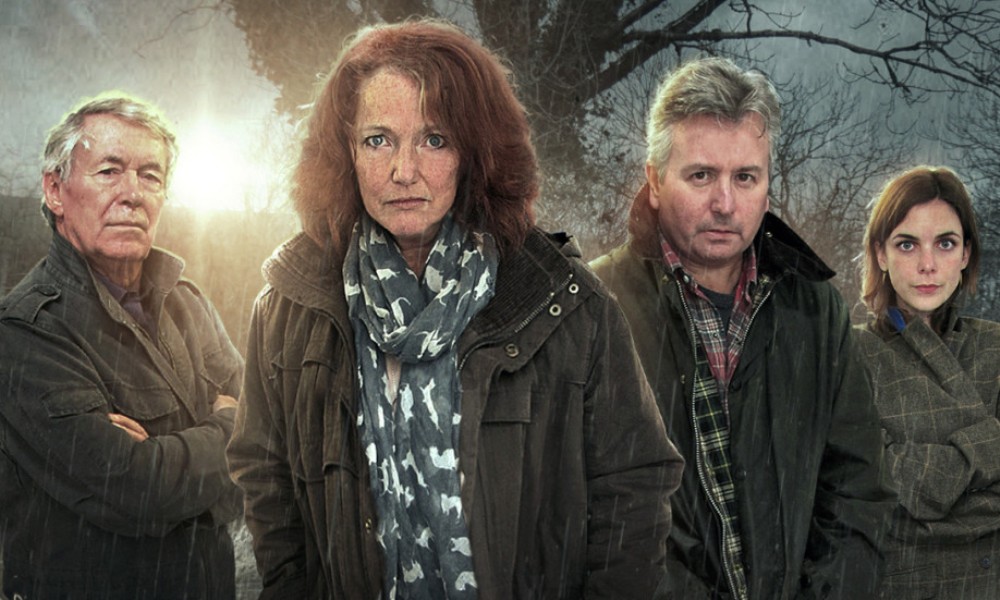 Big Finish’s first series of Survivors on audio turned me into a fan, so I was eagerly awaiting their release of Series Two. While Series One was a parallel story to the television programme (which I’ve never seen), Series Two is set between the first two series of the television version, uniting Big Finish’s original characters with those from the television. It’s an interesting approach, as this basically lets you get acclimated to whichever group of characters are new to you. I’ll be curious to see what they do going forward, though; there were definitely times where knowing this slotted into the TV programme limited things (like, Greg is never in any real danger).

The original box set is never going to be surpassed, but Series Two stakes out new territory

There’s a way in which the original box set is never going to be surpassed. What made it effective was that feeling of utter helplessness as society disintegrates around you, and Survivors can’t go back to that well again. But though it can’t go where its predecessor went, Series Two stakes out new territory, which is still worthy even if not quite as gripping. These tales are about the ways in which we rebuild after that’s happened, what moral stands do we take for ourselves, where does the limit in what we will allow ourselves to do. And, in a world with no state-driven social order, how do we enforce morality? Survivors Series Two engages with these questions, in big and small ways, from the acceptability of sexual practices to attempted infanticide.

The stories here are Dark Rain and The Hunted by Ken Bentley, Mother’s Courage by Louise Jameson, and Savages by Matt Fitton. There are some running threads through all four tales — Abby’s attempts to find her son Peter, the presence of some dangerous animal life, a couple new members in the group — which make the box feel pretty cohesive, but each episode takes a different combination of main characters as its subject, which keeps it feeling fresh throughout. If I have any complaint about the overall storytelling, it’s that it took me a while to remember who all these characters were, especially Abby, Jenny, and Greg (who were mostly side characters in Series One), and I would have appreciated some more direct reminders.

Dark Rain and Mother’s Courage were definitely the standout tales in the box. Both of them push our heroes up against the wall, and really test their abilities. Dark Rain reassures the listener that Survivors hasn’t lost its ability to inspire visceral reactions; there’s a long and protracted sequence about drowning at the end of the episode that really inspires panic on the part of the listener, a triumph of sound design by Neil Gardner. Mother’s Courage demonstrates that Louise Jameson really is a skilled writer (one would be very justified in doubting this after listening to The Abandoned), taking a group of female characters — Carolyn Seymour’s Abby, Lucy Fleming’s Jenny, Jameson’s Jackie, and new addition Fiona Sheehan’s Molly — to an all-female group in Wales, where there are some hard choices to make. I don’t want to say too much, here; Survivors is a series that really benefits (more than, say, Jago & Litefoot) from your ignorance about what is going to unfold.

The Hunted is the weakest part of the set, mostly because writer/director Bentley pushes the limit of what can successfully be depicted on audio. There are a lot of great character moments here — Ian McCulloch’s Greg is rapidly becoming a favourite, and I like new characters Russell, played by Tim “sort-of the Third Doctor” Treloar, and Tim Bentinck’s Irvin Warner — and the general idea is solid. But there were just too many sequences of physical action where I had no idea what was going on, which is unfortunate, as the sound design on Survivors is generally top-notch. And indeed, they were great sounds, but there was a failure somewhere (in writing, director, or sound design), because I was frequently baffled at what I think should have been important events. Script editor Matt Fitton’s Savages ties the whole thing up, in some ways that are somewhat predictable, but still interesting enough. I can’t say too much without revealing a lot about all the previous stories, but I did enjoy it throughout, though I think there was a slight missed opportunity for some real drama in the dénouement, where Fitton opted for a minor cop-out that would be necessary if this was lighter fare, but really isn’t for Survivors.

It’s one of the best things Big Finish has going

I continue to recommend this series for anyone who likes post-apocalyptic fiction, or dark dramas, or quality audio storytelling. It’s one of the best things Big Finish has going, and I hope it continues to maintain this level of quality. (Your state of mind might definitely benefit from splitting these tales up, though — I alternated episodes of Survivors with Jago & Litefoot, The Avengers: The Lost Episodes, and Counter-Measures to stop things from getting too grim.)