The Worlds of Doctor Who review 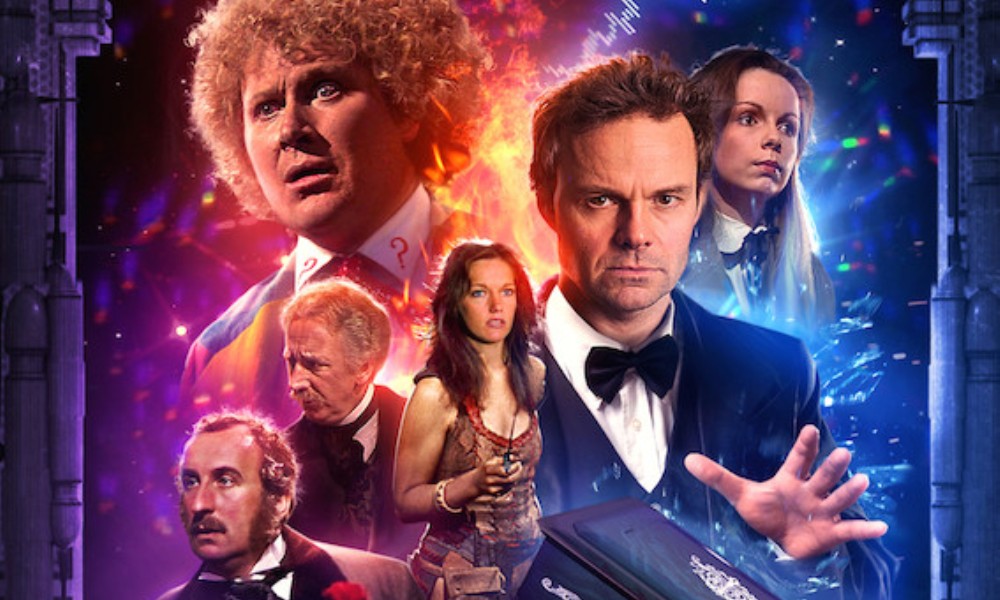 To celebrate the fifteenth anniversary of its Doctor Who license (The Sirens of Time was way back in July 1999, if you can believe that!), Big Finish released another deluxe edition along the lines of the super-classy The Light at the End, albeit this time with no cheaper alternative. The Worlds of Doctor Who serves as a crossover between a number of Big Finish’s Doctor Who spin-offs: Jago & Litefoot, Counter-Measures, The Companion Chronicles, and Gallifrey are all represented here — as is the Doctor himself, in the person of Colin Baker’s incarnation.

There are a couple of fun moments, but I don’t think this shows off any of its component series at their best

Well, it’s less of a crossover and more of a “cross-through”: a magical music box moves through what essentially function as episodes of each series. This opens with Mind Games by Justin Richards, where Jago has booked a mysterious new act, a mesmerist named Mister Rees, in a story set during Series Six of the parent series. Could this mysterious new act be connected to the rash of killings occurring near the theatre? What a surprise! Honestly, though it features the regulars on fine form as ever, this is one of the duller and more predictable instalments of Jago & Litefoot — you don’t have to be very astute to work out how a story with this small a cast is going to work out. There are some good jokes about audio drama as a medium, though.

Following on from this is The Reesinger Process by Justin Richards, which sees the Counter-Measures team (in a story set during Series 1) stumble into the aftereffects of Mister Rees and his music box. Again, it plays out like one of the more predictable episodes of Counter-Measures — is it the mysterious new institute that’s behind the spate of government brain-washings? This is made worse by Gilmore and Allison going on an overnight undercover mention without even mentioning it to the rest of the team! The team is on fine form, but the pattern of the story is just too obvious.

Next comes The Screaming Skull by Jonathan Morris, maybe the most surprising part of this set, as featured are Mike Yates, Ruth Matheson, and Charlie Sato. Matheson and Sato have only appeared in two Companion Chronicles before this, and in one, they were just a glorified frame story. The “UNIT Vault” stories don’t really compare to Jago & Litefoot, Counter-Measures, or Gallifrey, but apparently they’re there to represent The Companion Chronicles. It’s an okay story, where Yates, Matheson, and Sato have to stop Rees and his music box from escaping the Vault, brought down by the hackneyed motivation for Yates: some (female, of course) ex-lover we’ve never heard of before was trapped in the Vault. Like Matheson and Sato, Yates was mind-controlled into betraying UNIT, so one would think more could have been mined from that as a motivation. It’s an okay story, limited by the difficulty of making an array of extraordinary objects interesting on audio. (I wonder if there were plans to set up this trio for a new attempt at a UNIT spin-off? If there were, I imagine the announcement of UNIT: The New Series has scuppered them.)

There’s nothing to hate here, but one feels like there could have been something to love

It all comes to an end in Second Sight by Nick Wallace. Oh, and Justin Richards. The Sixth Doctor, Leela, and Romana all end up on Earth in an effort to finally track down and contain Rees, who has one of those universe-dominating plans that involves a radio telescope. As you do. (Yates hangs around, but not Matheson and Sato.) It’s an inconsequential runaround to close off a set of inconsequential runarounds, though it does give Jamie Glover more to do as Mister Rees than any other episode in the set, but on the other hand is origin is a teeny bit too convoluted in the end.

Overall, The Worlds of Doctor Who is a passable celebration. There are a couple of fun moments — the playing of a record left by Jago and Litefoot is a small delight — but I don’t think this shows off any of its component series at their best (if, indeed, Matheson and Sato have a best, though I’ve warmed to Yates thanks to Vengeance of the Stones). They’re pretty much designed to be generic runarounds in service of a larger plot, and that’s what they are, for better or for worse. There’s nothing to hate here, but one feels like there could have been something to love.