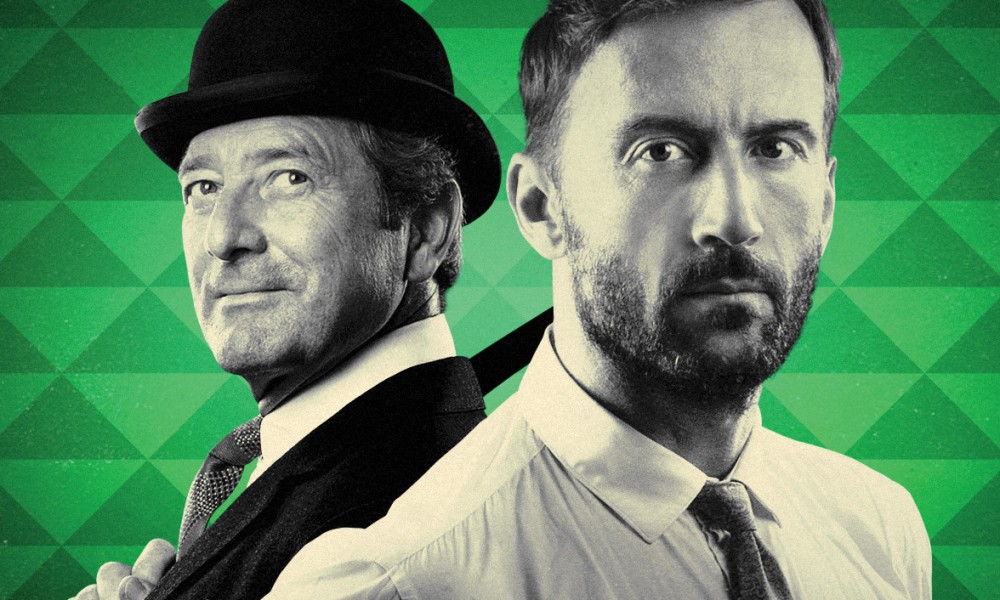 Steed and Keel are back! The more of these boxsets of The Avengers: The Lost Episodes I listen to, the more I find myself enjoying them, and Volume 3 — despite some weaknesses — is no exception. Julian Wadham and Anthony Howell continue to delight as the best anti-crime agents of the 1960s, and John Dorney’s adaptations continue to impress with their recreations of the era.

The first couple stories I found a little rough going. They’re not bad by any measure, but The Avengers has done better. In The Springers (original script by John Whitney and Geoffrey Bellman), Keel must go into prison to help discover a prison escape route. I wanted to like this one, but it felt a little flimsy. There are fun scenes — Keel suffering in prison, Steed pretending to be a naval officer placing his daughter in boarding school — but it jumps around a lot, especially when it comes to a very sudden conclusion. I felt that more could have been made of Keel in prison, too; the upper-class doctor in such circumstances seems like it ought to be more of a contrast than it ultimately was.

Julian Wadham and Anthony Howell do excellent jobs, as always; I feel like they’re really settling into the characters at this point

The Yellow Needle (script by Patrick Campbell) hinges a little bit too much on coincidence for my liking: Keel happens to have worked under a doctor who’s now the prime minister of an African nation, and he comes to Keel for help when there’s an attempt made on his life. Keel eventually draws Steed in, of course, but this one lacked narrative drive and energy. The best scenes are between Keel and the prime minister’s assistant — it’s neat to hear Keel get a chance at romance after the devastating events that launched this whole series — but especially the ending feels weak, as the whole thing resolves too easily. We do get another peek at Steed’s sexual proclivities, as he plans to romance the agent playing his daughter!

Thankfully, things pick up quite a bit for Double Danger (script by Gerald Verner). This tale has something of the gritty tone of the earlier Avengers stories: a woman comes to Keel’s surgery demanding help for her husband who’s injured himself, and of course it turns out to be something more criminal than that, as a group of gangsters has kidnapped another gangster — just broken out of jail by Steed, actually — in order to get him to reveal the location of a cache of diamonds. The initial coincidence aside (of all the surgeries, they happen to pick Keel’s?), this is quite a good story. The early scenes of Keel working to keep the gangster alive have some of the desperate tone of the very earliest Avengers tales, and there are a number of good twists, clever saves (phonum equus), and a race against time in the end. Plus, jokes about an old man who can’t hear very well! This one is good, classic fun.

Finally, there’s Toy Trap (script by Bill Strutton of The Web Planet fame), where a young woman who’s the daughter of a friend of Keel’s asks for his help in finding a friend of hers — and it turns out that that friend has ended up in a bad way indeed. So, again the coincidence of Keel being pulled into something where his spy training can help, but if it makes for a good story, I guess I can buy it. This one also sees Steed and Keel working against a dangerous criminal element, and it gets rather dark at times, with them tracing the source of pornographic photographs, and even a somewhat disturbing on-mic murder happening at one point! Again, it’s a grim story, but it balances that against the fun of its two leads, and Anthony Howell gets some of his best material as Keel to date, as he enters into a showdown against Steed himself.

After her starring role in one episode in the previous box, it’s a shame that Lucy Briggs-Owen doesn’t get much to do as Carol. This box also sees the introduction of Dan “every Sontaran ever” Starkey as One-Ten, Steed’s superior, though he’s not yet had much to distinguish himself — he’s no “M” as of yet, anyway. Wadham and Howell do excellent jobs, as always; I feel like they’re really settling into the characters at this point. I look forward to many more adventures with Wadham, and it’s disappointing that there’s only a very limited number we’ll ever get from Howell.

Richard Fox and Lauren Yason do their usual excellent sound design work; director Ken Bentley talks on the extras about how much extra work the 1960s setting requires, which was fascinating to hear. All in all, The Avengers continues to be a nice little package of 1960s adventure fun.