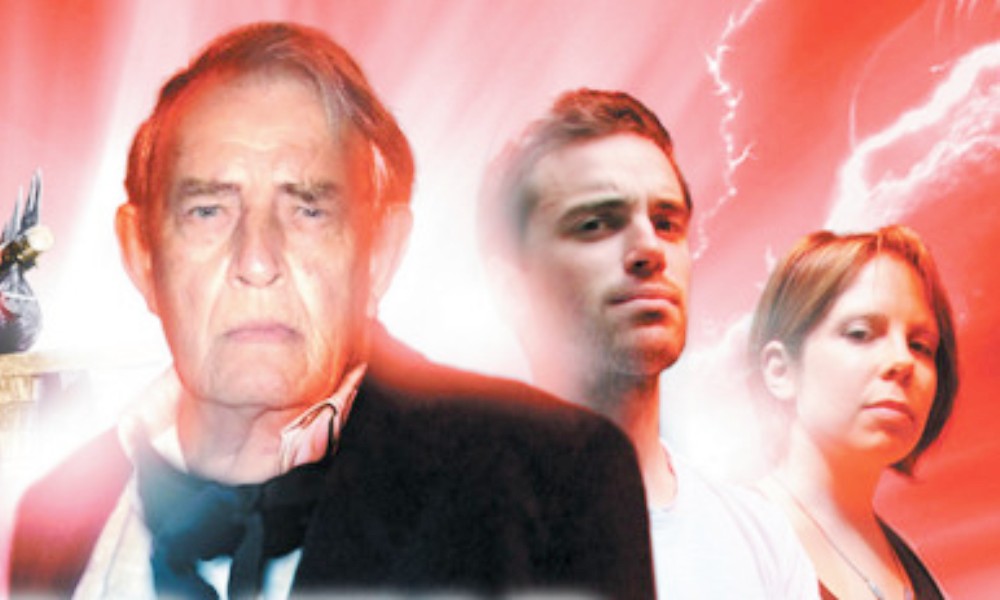 Back in December 2014/January 2015, Big Finish teamed up with the internet-famous Humble Bundle to offer a set of audio adventures for a great price. In my household, we’re big Humble Bundle fans — my wife has gotten many of the indie videogame bundles, while I’ve downloaded Doctor Who and The Transformers comic books. The premise is that you get to set your own price (though there are some incentives to pay more), you get to decide how your money is split between the publisher, Humble Bundle, and a charity of your choice, and you get DRM-free digital content.

This is Doctor Who at its most by-the-numbers

If the purpose of the Big Finish Doctor Who Humble Bundle was to convince people to sample more Big Finish products, I’d question the wisdom of the offerings (if the first Big Finish stories I’d heard had included Mission to Magnus, I doubt I’d still be here). But if the intention was to help me fill in some gaps, I’m very grateful: I was able to nab Dalek Empire as well as the Doctor Who: The Stageplays audios at an insanely great price.

The first of these I’ve gotten a chance to listen to is Seven Keys to Doomsday, which brings the 1974 stage show to audio for the first time, adapted by original scriptwriter Terrance Dicks. The audio, like the stage show, stars Trevor Martin as the Doctor (known best to me for his delightful performance in Flip-Flop). The stage version started with Martin in a Jon Pertwee costume regenerating into Martin; here, Nicholas Briggs performs the duties of the “old Doctor”. There’s a bit of metatheatricality here, as the TARDIS brings the regenerating Doctor to a stage show where two of the audience members jump up to help him. Of course, they follow him into the TARDIS and get swept up in an adventure.

Listening to this, it’s quite obvious that this is the kind of stage show that’s highly dependent on spectacle for its appearance: giant monsters (called “Clawrantulars”), giant computers, and, of course, Daleks. None of this translates terribly well on audio. The plot is also very simple; the Doctor must reunite the Crystal of All Power on Karn (a planet also seen in The Brain of Morbius, Sisters of the Flame, and The Night of the Doctor) in order to stop the Daleks from doing so and using it to power their Ultimate Weapon. He finds the pieces absurdly easily, and then the Daleks turn up and take them, and then he must get them back, teaming up with (of course) a band of beleaguered local rebels. This is Doctor Who at its most by-the-numbers. It’s hard to begrudge the original play that — that was surely what the kiddies wanted — but it’s not terribly exciting to listen to.

What I did enjoy quite a bit was Trevor Martin’s performance as the Doctor. With an older voice than many of his predecessors and successors, Martin’s performance comes across as a bit grumpier, reminding one of how Peter Capaldi handles the role now, though much less acerbic and more avuncular. This isn’t a Doctor given to frippery, but one who wants to get the job done with the minimum fuss possible. It’s a shame there doesn’t seem to be an opportunity for more adventures with him, as with an interesting story, I think he could quite shine.

It’s great to have it from a historical perspective, but there’s not much to recommend it as a piece of standalone drama

This is probably less true for him companions Jenny and Jimmy. The casting for Jenny is quite appropriate — she’s played by Charlie Hayes, daughter of Wendy Padbury, who not only plays Zoe in Doctor Who, but played Jenny on stage in 1974 — and Joe Thompson does a decent job as Jimmy. But these characters are the thinnest of thin; Jenny is kind and brave, Jimmy is selfish and cowardly. Repeat ad nauseam for two hours. Again, this probably played well for the kind of stage story this was, but doesn’t make great listening these days.

The other really good part of this release is, surprisingly, the extras on Disc One. In interviews with Terrance Dicks and Trevor Martin, among others, they chronicle the genesis of the original stage show, and I found them quite interesting, as it’s an area of Doctor Who history I knew very little about. I wish I could have seen the pictures of the original performance they were discussing, though!

Overall, this story is a tricky one to recommend. It’s great to have it from a historical perspective, and I’m sure those children who saw this on stage in 1974-5 will be delighted to relive their youths, but there’s not much to recommend it as a piece of standalone drama. It’s an odd choice to include in a Humble Bundle targeted at new Big Finish listeners, then, but as a long-time one I’m glad to have had the chance to sample it.