Doctor Who: An Ordinary Life review 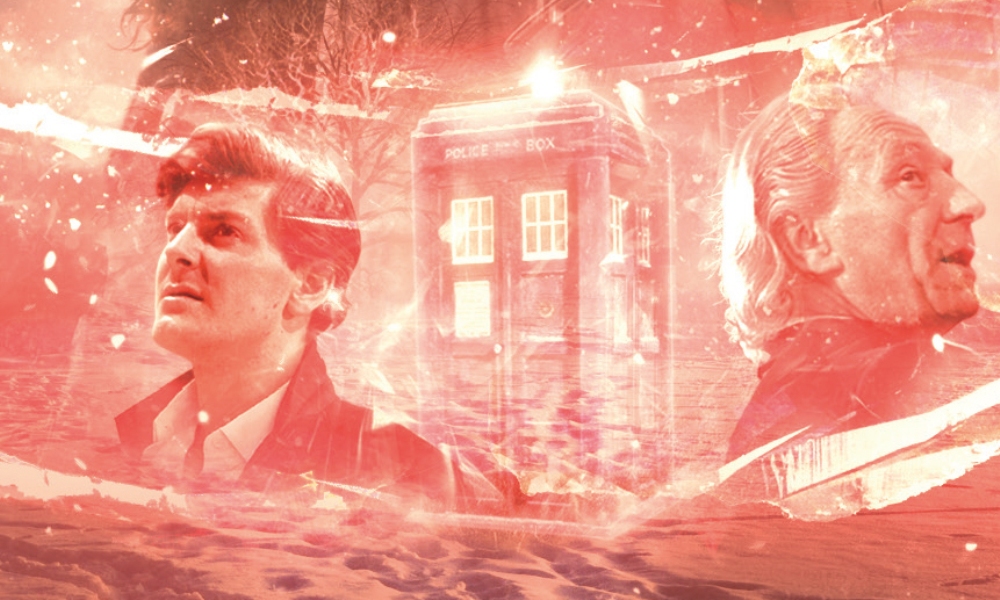 Big Finish’s first Early Adventures series comes to an end with Matt Fitton’s An Ordinary Life, featuring the TARDIS team I was probably looking forward to hearing the most: the First Doctor, Steven, and Sara. These two companions never did a ton for me on screen (most of Steven’s stories are missing, and of course, Sara’s only story is incomplete), but audio has turned them into some of my favourites, and I especially value a chance to get to hear them together!

Like both Domain of the Voord and The Doctor’s Tale, the Doctor is written out of a big chunk of An Ordinary Life, and when I realised that that was going to happen for a third time in four stories, I rolled my eyes. But unlike Domain and Doctor’s Tale, this story actually does something interesting with that concept, so it’s really those other stories I should be aggravated at — had only Ordinary Life taken that tack, it probably wouldn’t have registered as something to complain about at all.

Anyway, Steven and Sara end up having to make new lives for themselves in 1950s London, living upstairs from a family of Jamaican immigrants. This is the emotional core of the story: Steven and Sara, and Joseph Roberts, and Michael and Audrey Newman all trying to make new lives for themselves in a place they don’t fully understand — and a place that doesn’t fully understand them. Steven and Sara once again prove that they’re some of the best Doctor Who companions going, as they trying to navigate discrimination, getting jobs, and cooking. Putting two of Doctor Who’s most “space age” companions into such a historical setting really works, and Peter Purves and Jean Marsh make a number of lovely scenes together. The story really capitalises on the Doctor’s absence to show us some of what makes these two very driven, very mission-oriented, very moral people tick. The scene where Sara must care for a baby while also saving the world is a particular highlight!

I know I’ve complained about some of the thin characterisation for the guest stars in these Early Adventures, but apparently the writers were just saving up for An Ordinary Life. The family here — especially Ram John Holder’s Joseph and Sara Powell’s Audrey — really come to life. The performances are great, and so is the writing; these are real people with goals, dreams, aspirations, frustrations, and tics. Both actors are instantly likeable, and you feel their frustrations as much as you do the regulars’. I doubt we’ll hear these characters again, but hopefully it’s not the last of these excellent actors!

Sound design and music are up to Toby Hrycek-Robinson’s usual high standards; this one probably has my favourite of his scores for the Early Adventures.

Overall, I’ve been a bit sceptical about The Early Adventures, but this story went a long way to redeeming the format in my mind. I don’t think I’ll be there for any of the stories involving explicit recasts (the idea just doesn’t interest me), but this story has guaranteed that I’ll be back otherwise.