Doctor Who: The Doctor’s Tale review 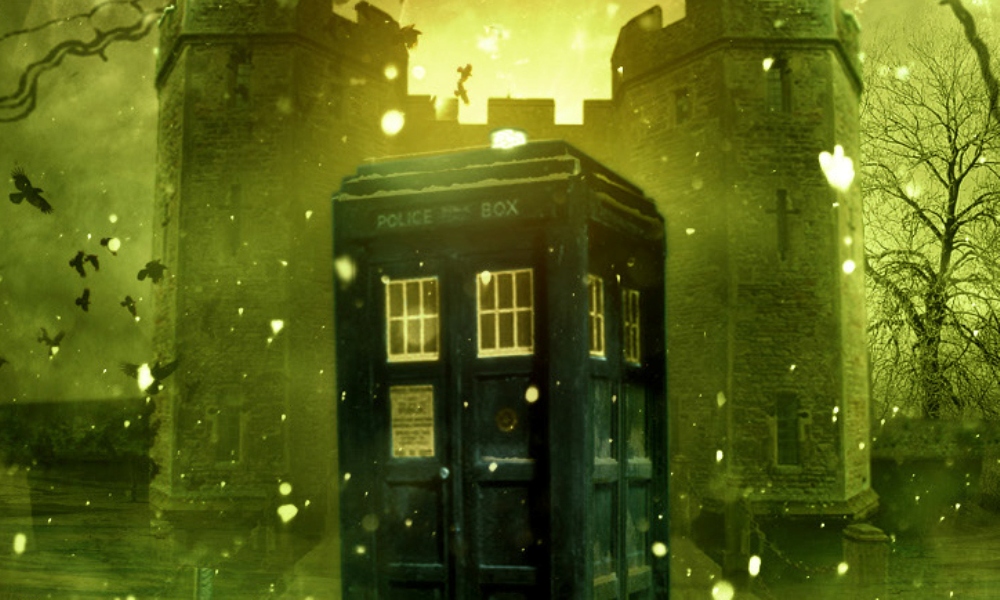 The first season of The Early Adventures continues with Marc Platt’s The Doctor’s Tale. While Domain of the Voord recreated a Hartnell alien planet story, The Doctor’s Tale takes its cue from the many Hartnell historicals, landing the Doctor, Ian, Barbara, and Vicki in 1400 as they get caught up in the repercussions of Henry IV’s usurpation of the throne from Richard II, including a meeting with the famed poet Geoffrey Chaucer.

Like Domain of the Voord, The Doctor’s Tale feels curiously detached from its own action

Like Domain of the Voord, The Doctor’s Tale feels curiously detached from its own action. The level of narration in these stories is just not working for me — it distances you from the action without gaining anything other than Big Finish’s ability to claim they haven’t actually cast William Russell as the Doctor.

Part of the problem is due to the fact that, like in Domain, the Doctor and Barbara are written out for the majority of Parts Two and Three, in order to write around the fact that William Hartnell and Jacqueline Hill are no longer with us. Like in Domain, I don’t think it works. Why switch to this full-cast format if the writing is never going to take advantage of the full cast and get rid of half of it for half of the time? I can see why Big Finish are recasting Barbara for Series Three of The Early Adventures, given it’s better than always sending Barbara off on her own, but I don’t get why it’s written that way to begin with — The Lost Stories did just fine giving Barbara a starring role in stories like The Fragile Yellow Arc of Fragrance and The Masters of Luxor despite the lack of Hill.

The Doctor’s Tale is curiously plotless: the beginning of the story sees the Doctor and company settling in at a castle where Isabella, wife of the deposed king, is living, but there’s no urgency or drive to this, no obstacle they’re fighting to overcome. They’re not even separated from the TARDIS like in so many a historical; instead, they’re just hanging out because they like to? The story never really overcomes this stumble at the beginning, as even when action does begin to take place, the listener still isn’t very invested. This can be a problem with historical stories, I suspect, but Platt struggles to make work what we have seen work in stories like The Aztecs, Farewell, Great Macedon, and The Romans. There’s a lot of politics and plotting, but not much of a reason to care about any of it.

The Doctor’s Tale is curiously plotless: there’s no urgency or drive, no obstacle they’re fighting to overcome

As in Domain of the Voord, the guest characters are peculiarly undistinguished: I liked Gareth Armstrong as Chaucer, but he had little of interest to do; nothing really happens that would explain why Barbara likes his work so much. The uncredited actor playing Henry IV was fun when he had material — but again, he rarely did. John Banks’s Bishop Arundel has a good voice, but it basically just a moustache-twirling villain. William Russell and Maureen O’Brien acquit themselves well as their characters, but again, they’ve had more interesting things to do than here; this story doesn’t compare to The Suffering for Vicki, or to The Library of Alexandria for Ian. There’s a good moment where Ian compares the political rabble-rousing here to his own participation in a “ban the bomb” march, but it’s one brief moment of characterisation in a rather long tale.

This is the only one of The Early Adventures to lack a music suite on the CD, and it’s kind of easy to hear why — I think Toby Hrycek-Robinson’s “period” music is nowhere near as good as his more sci-fi soundscapes, often coming across as trite and clichéd in attempting to evoke the period when it’s set.

I was looking forward to The Early Adventures, but the format introduced here has yet to win me over thus far. Right now I’m anticipating the rebirth of The Companion Chronicles in box set form far more than I am the next one of these tales…