Doctor Who: Revenge of the Swarm / Mask of Tragedy / Signs and Wonders review 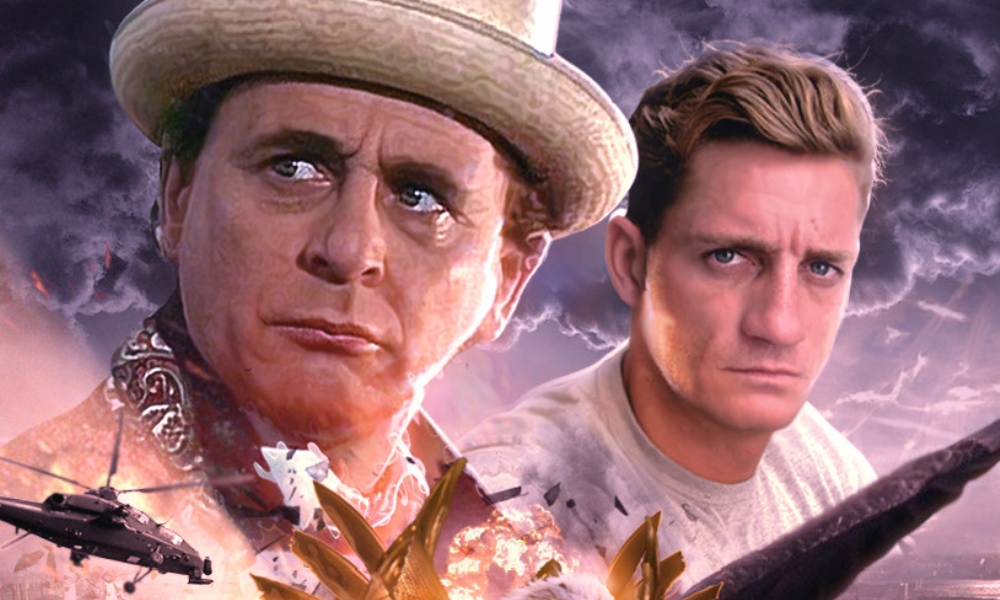 Thomas Hector “Hex” Schofield, one of Big Finish’s best original companions, was killed off in the story Gods and Monsters, but death never keeps a Big Finish character down. In the very story dedicated to mourning him, Afterlife, he manages to be resurrected as part of some vaguely described chicanery with the Elder Gods. 2014’s third main range trilogy follows on from Afterlife, as the Doctor, Ace, and Hex — now a gangster called “Hector Thomas” — try to settle into a new status quo.

These three stories don’t really do anything interesting with Hector

Let me quote myself from February 2014, discussing (in vague terms) the resurrection of Hex: “Afterlife sets up some potentially interesting emotional situations for the Doctor and Ace going forward. If Big Finish explores them to their fullest, we’re in for something special. This is one of the best TARDIS teams there is, and Afterlife shows they still have some mileage left in them.”

Well, let me admit that as I reread that, I’m not quite sure what I was thinking, because these three stories don’t really do anything interesting with Hex/Hector and company, and it’s hard for me to imagine what they could have done.

Jonathan Morris’s Revenge of the Swarm starts the whole thing off with a prequel/sequel to The Invisible Enemy, because apparently someone got worried that the list of classic monsters with Big Finish follow ups only spanned from Planet of the Spiders to Horror of Fang Rock (minus, as always, poor Planet of Evil). Now it extends one story forward! Revenge of the Swarm has little to recommend it — like so many recent Big Finish main range tales, it’s totally by-the-numbers, filled with non-characters whose personalities go no further than “bossy” or “plays video games”.

The first two parts answer a question no-one ever had from The Invisible Enemy, while the last two just get ridiculous. Not that The Invisible Enemy has a lot going for it, but Revenge of the Swarm manages to undermine it by providing an utterly dull explanation for the existence of the Swarm — I’m not sure why the words of the Nucleus in that story couldn’t have been taken at face value. The last two parts feature some painful sequences set in a computer world, totally devoid of imagination, as well as the Nucleus growing to the size of a moon… which should be awesome, but is still just boring.

As for the characters, Hector spends much of the story under mind control, so the listener doesn’t really get to learn anything meaningful about him.

Mask of Tragedy by James Goss is undoubtedly the best of the stories in this trilogy, with some good, zany concepts, and an interesting structure. I loved the idea of an ancient Athens where time travellers are a normal occurrence. Unfortunately, there’s little to it beyond that; when you untangle the structure, the plot turns out to be pretty minimal.

Mask of Tragedy‘s guest characters feel like actual people, and charm as they come to life

Hector spends most of this story acting like Hex himself did in stories like The Angel of Scutari and The Settling, getting angry that the Doctor can’t/won’t help and getting involved anyway — all of which feels so much like the old nurse and the new gangster that it’s hard to imagine why someone would write this story. Surely the point of replacing Hex with an alternate self would be to do something different? Ace, on the other hand, is so over-the-top a woman’s libber it feels like Goss is just writing her (and Sophie Aldred is acting her) as a caricature of herself. But if you ignore all that, this is fine stuff — of all the stories in this trilogy, this is the only one whose guest characters feel like actual people, from struggling playwright Aristophanes to alien beetle Tyrgius and especially dictator Cleon, these characters charm as they come to life.

The trilogy’s finale, Signs and Wonders, does actually end everything for once. Unfortunately, like a lot of Big Finish writers, Matt Fitton seems to be pastiching the Russell T Davies series without really getting what makes it work: there’s a big epic end-of-the-world threat, but no characters to care about. Hector is a blank slate, and even the welcome return of Sally Armstrong turns out to be pretty dull (especially odd given the real chemistry Sally and Hex had in Fitton’s own Black and White), while everyone else is just a cipher.

Upon reaching the end of the story, one is left with the feeling that Hex ought to have stayed dead at the end of Gods and Monsters, and the Doctor and Ace should have taken up travelling with Lysandra and Sally — there’s space for a real change of dynamic there. Instead, we got the weirdness of this trilogy, which hits a bizarre middle ground between rehashing old stories and attempting something new, and thus pleases on neither count. A good trilogy can raise its individual components to new heights, but the poor conception of this one drags down even its better stories.