The Scarifyers: The King of Winter review 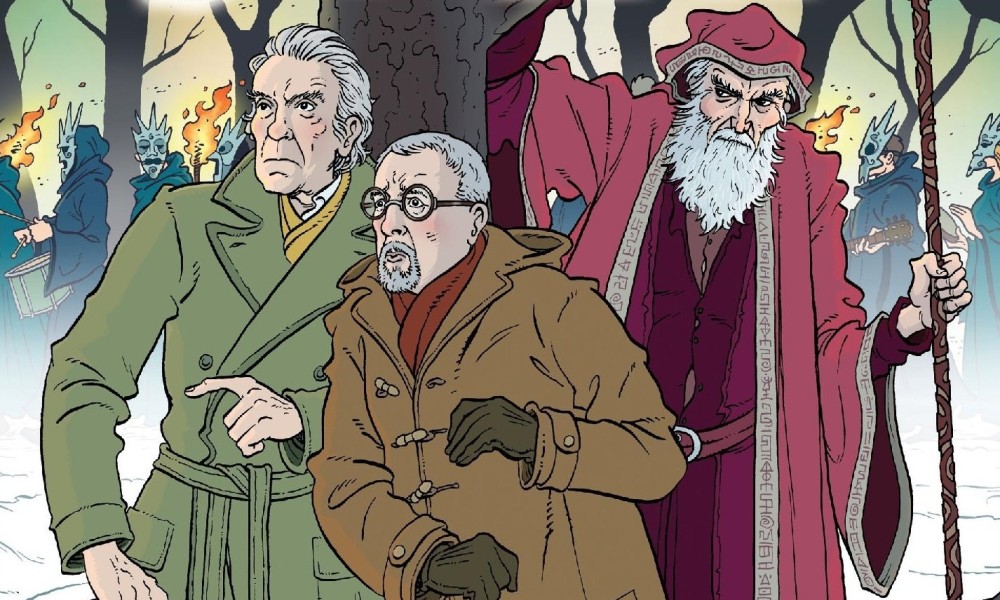 MI-13 is back! 2013 was a dark and desolate year — Bafflegab took a whole year off from making releases of The Scarifyers, but thankfully the dark days of winter are over, and here we have 2014’s The King of Winter. Though it was released in October 2014, February 2015 was the exact right time for this New Englander to listen to it — the piles of snow all around certainly added to its evocativeness.

There’s a definite sense of “been there, done that” in these proceedings

It’s actually not winter in The King of Winter, which is what makes it so odd the people keep freezing to death somehow, so Sergeant Crow and Professor Dunning are off to investigate. It’s hard to throw stones at a new release of The Scarifyers, but this feels mildly subpar for the series. Or, perhaps, just typical. While Crow follows the trail of the investigation through a number of people that he crabs at, Dunning gets involved in a strange ritual in a local village. There’s a definite sense of “been there, done that” to The Scarifyers in these proceedings.

Which is a shame, because there’s some great stuff here: Crow going snowshoeing, the Masonic ceremony, everything involving Alexander Caulfield-Browne (imagine Torchwood supervised by a P.G. Wodehouse protagonist), and especially Prince George, who is delighted to discover that when you’re a royal, you’re the best at everything. Especially the comic climax, where Prince George performs in The Merry Wives of Windsor to determine the fate of the kingdom, while King George VI and Neville Chamberlain watch and comment, is absolutely perfect.

The King of Winter might not be the freshest Scarifyers adventure (The Secret Weapon of Doom, The Magic Circle, and The Thirteen Hallows are probably my favourites), it does remain another amusing instalment of the series, and I hope the next one isn’t another two years in coming.

The King of Winter (by Simon Barnard, Paul Morris; starring Terry Molloy, David Warner) was released by Bafflegab in October 2014.