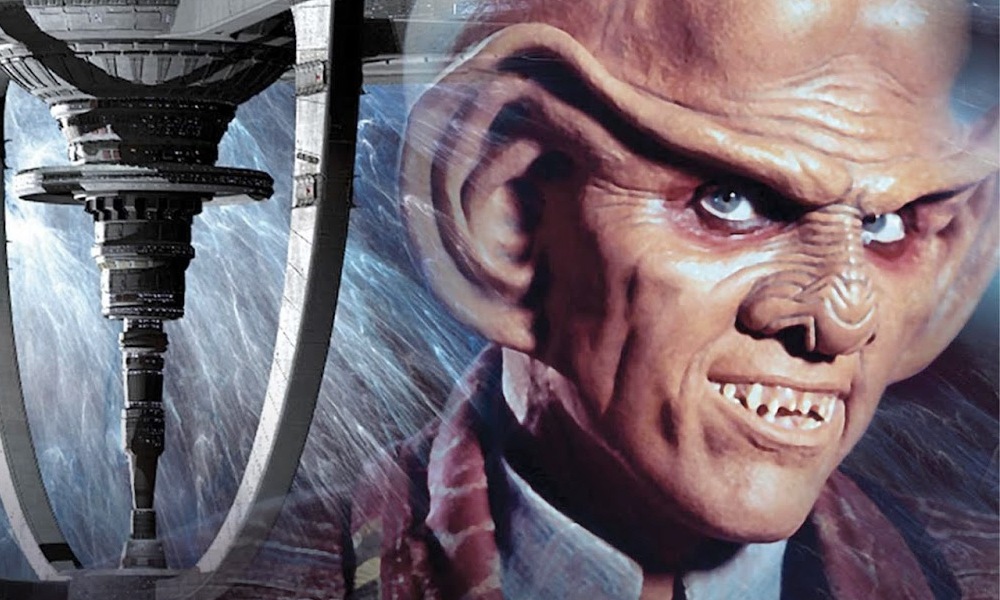 Lust’s Latinum Lost (and Found), written by Paula M. Block and Terry J. Erdmann, is the first Deep Space Nine entry in the series of exclusive eBook novellas. When business is down in Quark’s bar on the new DS9, the apparent existence of a new part of the bestselling holoprogram series Vulcan Love Slave becomes his light at the end of the tunnel. But he soon realises that it isn’t as easy as it seemed to be the first to get his hands on it, and his wild chase all through the Alpha Quadrant is made even harder by his new apprentice…

Lust’s Latinum Lost (and Found) is a perfectly acceptable way to kill an hour or so – nothing more, nothing less. While it can’t really compete with the better Ferengi episodes of the TV show quality-wise in my opinion, it captures Quark’s character pretty well and isn’t as predictable as I feared halfway through (where I thought the story would end up a certain way, but fortunately it didn’t).

Large chunks of the story seem to be good-natured jabs at the publishing and convention businesses and I guess as the former head of CBS’s Licensing department, Paula M. Block has a very good and unique view of these topics. What I appreciate is that the novella takes things very light-heartedly, and doesn’t take itself too seriously, something which has been lacking to a certain extent in recent years of TrekLit in my opinion.

As mentioned above, Quark is captured really well, but beyond that, the characterisations, both of known and original characters, are decent but not really outstanding – one of the main reasons why the story doesn’t get a higher rating from me. They are all doing their job, but sometimes I had the feeling that if I were to figuratively sneak around them I would see that they are just a front with little behind them (think Spectre of the Gun).

Nonetheless, it’s a nice little story, perfect for a middle-length commute or a doctor’s waiting room. And while I hope that the authors will be able to give their next Ferengi novella a little more texture, DS9 and Ferengi fans can’t really go wrong with this one either.