Doctor Who: Engines of War review 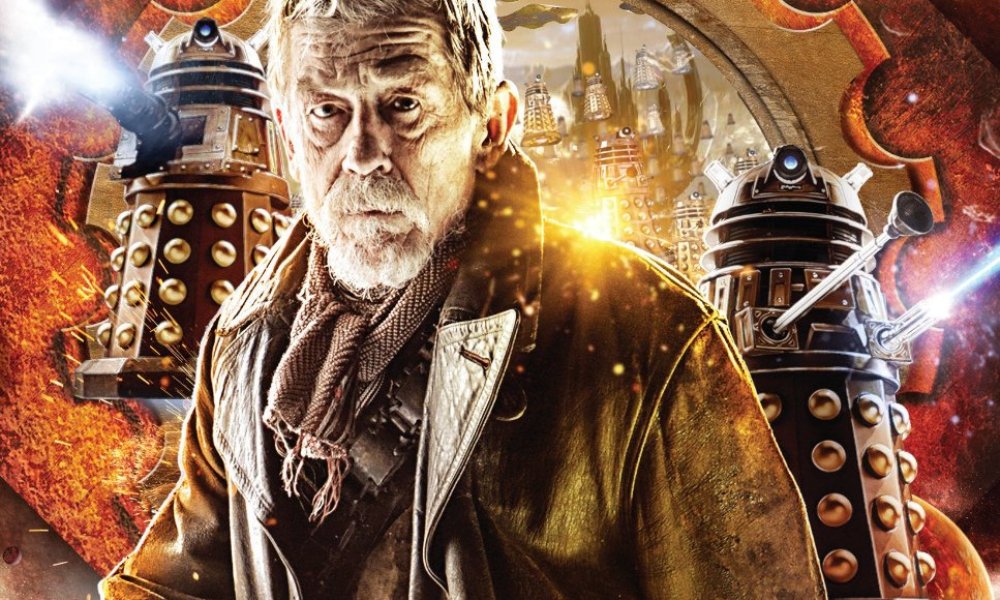 Engines of War, written by George Mann, is a “War Doctor” novel, featuring the long-forgotten incarnation of the Doctor as played by John Hurt in Doctor Who‘s fiftieth anniversary special.

The war between the Time Lords and the Daleks has been raging for centuries, with the Time Lord known as the Doctor on the forefront of many battles. During one of his missions, his TARDIS crash-lands on a Dalek-occupied planet named Moldox. With initial reluctance, he picks up Cinder, a local teen working with the resistance, as his companion. Soon the two learn that more is at play on Moldox and the nearby Tantalus Eye, and that the very existence of Gallifrey and the Time Lords is in jeopardy if the Daleks’ scheme is successful. With Rassilon and the Time Lord high council setting out on an equally ruthless mission to stop them, the Doctor and Cinder find themselves in the middle of maybe the ultimate battle of the Time War. Will they be able to stop both parties, and what price will they have to pay if they are…?

Let me start by stating that Engines of War is a good novel, but there is one thing that irked me a bit about it: for a novel with the tag line “War changes everyone – even the Doctor” on its cover, the Doctor feels too much like a pastiche of his subsequent incarnations for my taste. The whole novel could have pretty much been told equally successfully with any one of them with only minor tweaks, in my opinion. As I said, I really liked the novel, I just would have hoped that the “forgotten” Doctor would get a more individual persona and story on his first (and only?) prose outing. The only thing really unique is that it leads directly into the Fall of Arcadia.

As it is, Engines of War tells an interesting if straightforward story; there are no real swerves in it, Mann just leads the narrative logically from Point A to Point B. Sometimes that leads to a certain predictability – Cinder’s ultimate fate shouldn’t come as a surprise to the reader, for example – but it’s a gripping story, well told, so this is forgivable.

As I said above, I would have hoped that the War Doctor would be a bit more unique, but I guess by complaining about him being too much like his future incarnations, I already made clear that Mann has a good grasp of the overarching character of the Doctor. Cinder is well-characterised as well, and the Daleks are Daleks. My only bigger complaint about the characterisations would be that the Time Lord villains (i.e. Rassilon and Karlax) are little more than moustache-twirling bad guys. Karlax in particular needed some more work, in my opinion; in the end I’m not really sure what he is all about except being a major a-hole.

Overall Engines of War is a good Doctor Who novel. It isn’t all I had hoped for of the War Doctor’s first prose outing, and lacks a bit when it comes to the antagonists’ characterisations, but it has an interesting story, and a likeable companion.

Engines of War (by George Mann) was released by BBC Books in July 2014.