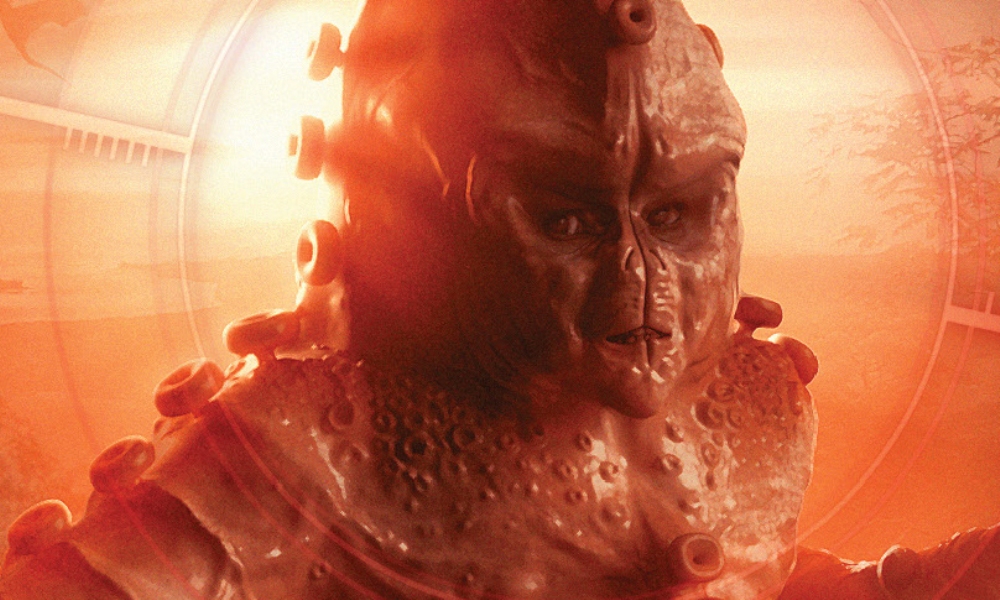 Because no-one demanded it! The Zygons are back and up to no good, in what is perhaps the most predictable Doctor Who story ever released by Big Finish. I hate to sound like a broken record, but I was bored all the way through Zygon Hunt, the finale (thank god) to the third series of Fourth Doctor Adventures, written by series supremo Nicholas Briggs.

I get that dramatic cliffhanger reveals of monsters that were in the title were totally a 1970s thing… but that doesn’t mean it’s a good thing that ought to be imitated. And what you can get away with in a four-parter (well, for certain values of “get away with”) is utterly dreadful in a two-parter. We are meant to spend 50% of a story called Zygon Hunt engaged by the mystery of “what is up with the woman everyone says suddenly started acting out of character?” Gosh, what could it be? For a long time, I was really hoping Briggs was tricking me, that he was going to spring a super-surprise on me at the end of Part One, but, nope… she was a Zygon. Oh my god!

There’s no sign that Big Finish has figured out how to make this format work; they continue to utterly squander the talents of Tom Baker and Louise Jameson

In the meantime, a bunch of two-dimensional warrior characters stomp around. You’re meant to think one is some kind of military mastermind, but you wouldn’t know it from anything he says or does. Supposedly, the conversation between the Doctor and Leela at the end is meant to tie up the rift in their relationship from The King of Sontar, totally forgotten since White Ghosts, but I have no idea why or how; I would never have guessed if it hadn’t been for someone saying so on the CD extras! (Listen to them, though, for a mind-boggling explanation from Briggs on why he writes every Fourth Doctor Adventure.)

To step back for a moment, I just have to say I’m tired of writing these reviews. They’re as boring to write as the stories they’re about have been to listen to. This series has had some highlights (White Ghosts, The Crooked Man, kind of The Abandoned), but its lows continue to be the same lows as the previous sets of Fourth Doctor Adventures. There’s no sign that Big Finish has figured out how to make this format work; indeed, there’s no sign they even think it’s broken, as they just continue to utterly squander the talents of Tom Baker and Louise Jameson on content-free runarounds. We’ve had 21 of these so far, and I could count the number of genuinely good ones on one hand. That’s ridiculous. The main range has been sagging recently, but nothing like this; I think it’s time for me to bow out of reviewing the 4DAs and let myself listen to something I think I’ll actually enjoy.