Doctor Who: The Crooked Man review 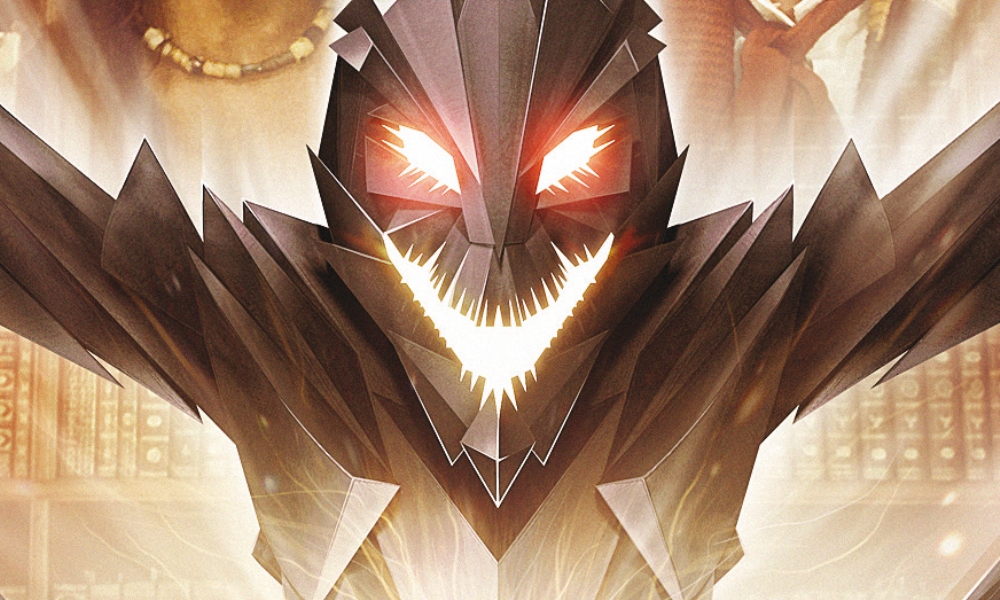 The Crooked Man, like so many Fourth Doctor Adventures, brings back an element from the television series, but 1) it’s not in the advertising, so I won’t spoil it, and 2) it does something new and interesting with it. Which ideally would happen every time, but there you go. John Dorney’s story brings the Doctor and Leela to a contemporary seaside town in search of a vacation, but they stumble into a murder: a bookseller has been stuffed with the pages of his books. Meanwhile, an actress is trying to duck the paparazzi and a young woman must adjust to living in the house of her deceased father.

This one abounds with interesting and clever ideas

For fear of spoiling said returning element, I can’t say much about the plot, but suffice it to say that this one abounds with interesting and clever ideas about its central concept. Plus, it’s creepy: not just in the writing or even in the (excellent) acting of Neil Stuke as the eponymous villain, but Jamie Robertson’s music and sound design rise to meet the quality of this excellent script — this is one of the rare Fourth Doctor Adventures where I find myself wishing there was a bonus music track like in the main Doctor Who range. And it’s not just creepy, either: it’s at turns funny and moving, and sometimes all three at once.

Part of this is also down to the excellent guest cast: beyond Stuke, we have the very likeable Sarah Smart (one of the highlights of The Rebel Flesh/The Almost People on TV) as Laura Corbett, plus Robin Pearce as her over-the-top boyfriend, and Richard Earl as Ellis, the policeman who knows rather too much about vintage science-fiction. They’re a great group of characters, well acted; despite the limited running time, they all feel like real people, not just cogs in the machine of plot. It’s the acting of these three especially that sells the moving ending.

At turns creepy, funny, and moving, and sometimes all three at once

Tom Baker and Louise Jameson are quite good as always; if there’s any complaint to be had about The Crooked Man, it’s that the ramifications of the Doctor/Leela argument from The King of Sontar seem to have been dropped, but hopefully that’s just a temporary thing and it’s still bubbling away somewhere in them. I might complain about the Fourth Doctor Adventures a lot, but they can deliver as much as any of the ranges, and this is one of their best.