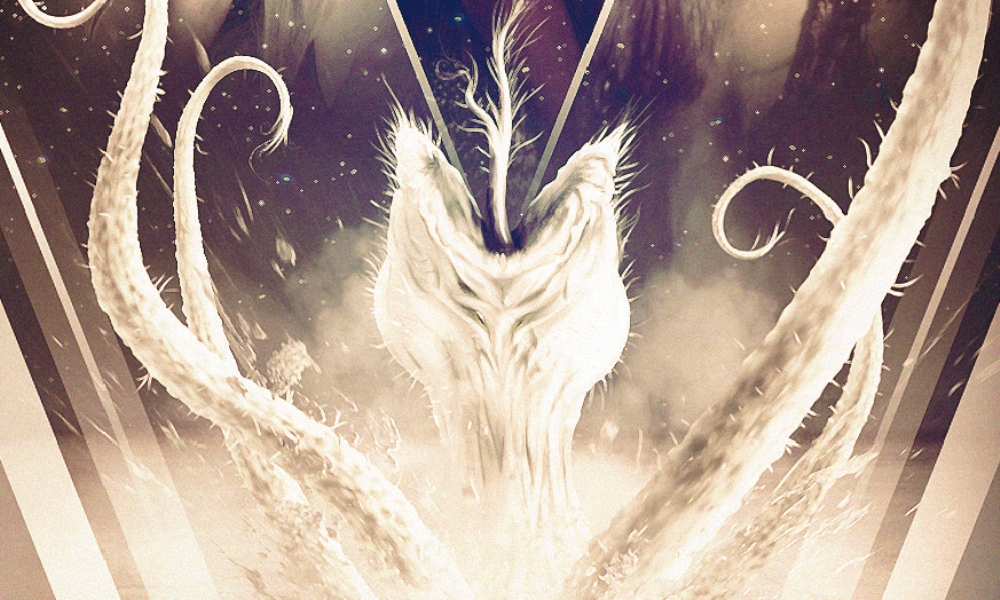 White Ghosts picks up relatively soon after The King of Sontar, with the Doctor still mad at Leela — and the Time Lords sending the two of them on another mission. Is a throughline in development? Alan Barnes’s story brings the TARDIS to a world in total darkness, out on the edge of the universe where the only star is usually eclipsed. But someone is shooting a missile even though the only thing on the planet is a scientific research station.

White Ghosts has some great imagery: a planet covered by white plants, sent into a flurry of activity by the slightest bit of light. To its credit, it doesn’t rest on this concept, but steadily reveals more as the story unfolds, adding on layer after layer to this new world. Perhaps some of the revelations seem like one too many, but on the whole it works, maintaining interest and productively wrong-footing the listener; there was even one revelation I didn’t like at first but once the reason for it was revealed, I was on board. I didn’t quite like the very ending; I didn’t really get why the baddies were disposed of the way they were.

The guest cast, like in too many Fourth Doctor Adventures, is more playing types than people, but they were strong, especially Farscape’s Virginia Hey as Senior Tutor Bengel, in charge of the expedition. (Though her appearance on the cover doesn’t quite match what dialogue says of her.) I was pleasantly surprised to realise that of the six characters in this play, a full four of them were female — not a thing you’d be seeing at Saturday tea time 1977, I suspect, and all the better for it.

Tom Baker and Louise Jameson really seize hold of the material — there’s some great, unforced clever dialogue, more than I can usually remember from these stories. I really loved the sequence where Leela narrates a battle as she’s fighting: it’s an unusual audio device (for Big Finish), but it really works to bring us into the character of one of the Doctor’s best companions.

Like a lot of Big Finish’s Fourth Doctor output, this isn’t exactly demanding, but that can be a virtue sometimes: it’s a very well-executed 50-minute slice of Doctor Who, with more than a little inspiration behind it. Hopefully it suggests an upward trend for this series of Fourth Doctor Adventures.