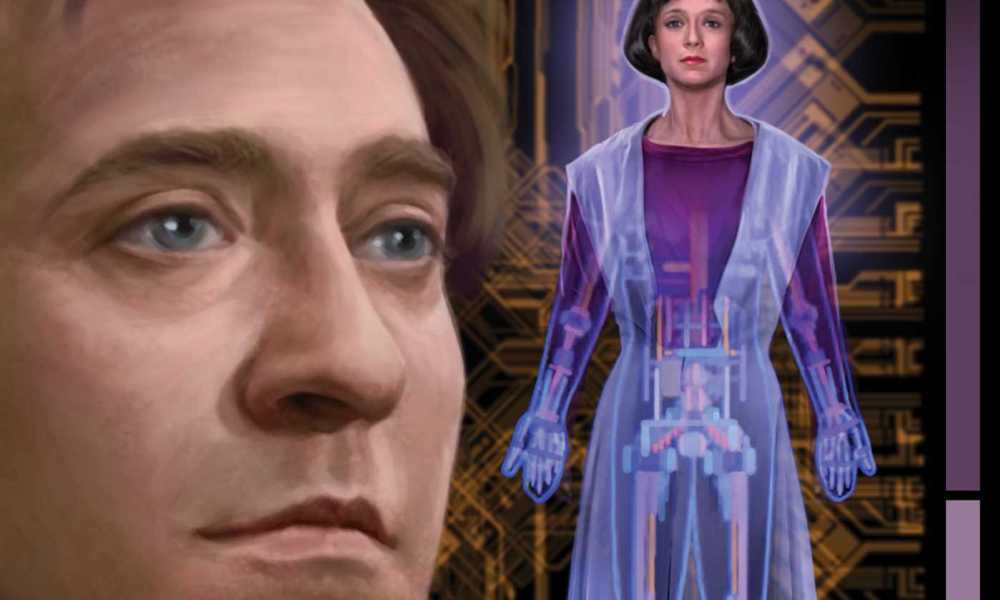 The Light Fantastic, written by a returning Jeffrey Lang, is a follow-up to David Mack’s Cold Equations trilogy, which itself was a follow-up to Lang’s own 2002 novel Immortal Coil. At the end of the Cold Equations trilogy, Data decided to return to Orion with his daughter Lal to run his “father”’s casino empire. While dealing with his rebellious daughter is bad enough sometimes, Data has to call in the help of his old friend Geordi La Forge when Lal and her “nanny” are kidnapped by an old foe. Will the two be able to rescue Lal before she experiences another dangerous episode threatening her life, which only Data knows how to deal with…?

While it was a decent enough read, I have to admit I never was as ecstatic about Immortal Coil as a large part of the Trek lit community, and I think The Light Fantastic is on roughly the same level as its predecessor. While the continuity porn isn’t quite as bad as in Immortal Coil, The Light Fantastic still has a fair share of it, and only parts of that really worked for me. While the inclusion of Moriarty and the andriod technology from What are Little Girls Made Of? are handled pretty well, for example, I really don’t see the need to include Harry Mudd, but I guess without him we wouldn’t have had Alice, who was a welcome addition to the story.

Overall the characterisations are kind of uneven; some characters like Moriarity, Alice, Lal, and Data are written really well, while others like Geordi or Mudd fall pretty flat. While Mudd just never becomes more for me than an uninteresting one-dimensional bit-player, I’m really disappointed how Geordi is handled once he joins Data on his quest to rescue Lal. I actually liked his scenes with Brahms in the beginning, but after that it goes downhill for his character work. If you see Geordi as the Watson to Data’s Sherlock, the Geordi in this novel certainly is closer to bumbling idiot Watson from the Basil Rathbone movies than to competent Watson from Sherlock or Elementary. For the majority of the novel he is basically relegated to being a meaningless wall to Data’s musings, and the token voice of reason who is ignored all the time.

What I really liked about the novel is that Data truly is a Version 2.0 in the sense that the core of his pre-”death” persona is still there, but there is much more to him now. He has a new focus, his daughter, and is willing to step into more grey areas than Starfleet Data. It would have been all too easy to just revert him back to his old life, but what both David Mack and Jeffrey Lang have done with the character really is an evolution for Data. Plot-wise, The Light Fantastic has a couple too many continuity porn detours for my taste (Mudd, etc), but as a whole it is an interesting enough story, albeit carried more by the characters than the actual plot. There are some very nice scenes between characters (Moriarity and Regina, Geordi and Brahms, Data and Lal, Alice and Lal), but what comes between those scenes is sometimes a bit too paint-by-numbers for my taste.

Overall The Light Fantastic is a novel I would rate in the “acceptable time-killer” category. Definitely not among the strongest novels in my opinion, but nonetheless a nice enough way to kill a couple of hours, especially if you are fan of Data and AIs in general.

The Light Fantastic (by Jeffrey Lang) was released by Pocket Books in June 2014.