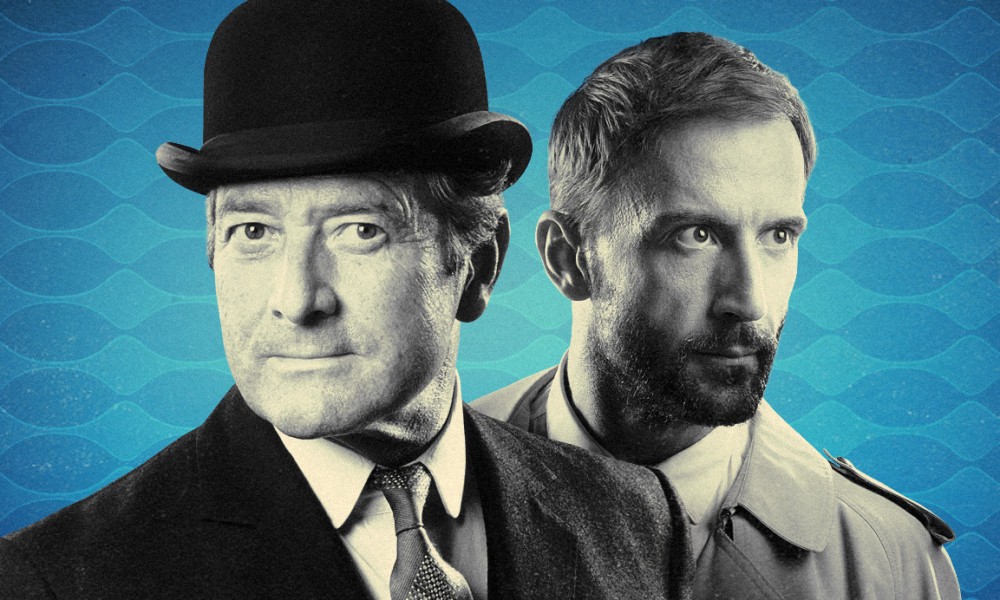 Despite having never seen The Avengers, I enjoyed Volume 1 of Big Finish’s The Lost Episodes, a compilation of fresh recordings of scripts whose original 1960s recordings are long lost — unlike 1960s Doctor Who, not even audio versions still exist. Julian Wadham takes the role of Steed, and Anthony Howell that of his original partner, Dr Keel. Initially recruited to help find his fiancée’s killer, Keel comes to be a partner to Steed in his effort to root out crime wherever it could be found.

Not deep, complicated stories by any means, but The Avengers is fun

The boxset actually opens with a different twist of the Steed/Keel partnership, in Ashes of Roses by Peter Ling (writer of the Doctor Who stories The Mind Robber and Hexagora) and Sheilah Ward, adapted to audio (like all of the stories in this set) by the ubiquitous John Dorney. Instead of Keel, Steed requires the services of his secretary, Lucy Briggs-Owen’s Carol, in investigating a possible insurance racket at a hairdressing salon. Briggs-Owen hadn’t had much to do in The Avengers prior to this, but she really rises to the occasion here. This is a fun story on the whole, both in terms of Carol’s attempts to play spy and Steed’s MO in obtaining information — this is the first story where we really get hints of Steed’s “womaniser” tendencies. Terry Molloy also delights as a French salon owner.

The relationship between Steed and Keel continues to develop in Please Don’t Feed the Animals by Dennis Spooner (script editor of Doctor Who from 1964 to 1965). In previous stories, Keel was brought in specifically for his medical expertise, but for the first time, this story has him there simply as another man who Steed can trust. I really enjoyed this one — it involves Steed pretending to be a married civil servant, strip clubs, Keel playing drunk, a crocodile pit, and lot more. Even on audio, it’s more “colourful” than the stories in the first volume, seemingly presaging the changes in the Avengers format to come.

The third story is more Keel-focussed: Keel becomes involved when another doctor loses a radioactive isotope in The Radioactive Man by Fred Edge. Through a series of misunderstandings, the man who has the isotope ends up on the run, and it’s up to Keel and the police to track him down. This was one of the less interesting Avengers instalments so far: the tension is never really as strong as it ought to be, the way the problem spirals out of control is a little contrived, and there’s too many scenes of indistinguishable characters with Slavic accents talking to one another. Steed’s appearance is minimal, apparently the beginning of an era in the series where Steed-centric episodes alternated with Keel ones.

Finally there’s Dance with Death, again by Ling and Ward. It starts out as a Keel-centric story, as he’s called in to see to a young woman who thinks someone is trying to kill her. Bizarrely, Steed informs him he has no influence with the police, and so Keel turns to investigating on his own, until he finally finds something that draws Steed in and the two work together to find the alleged killer. Parts of this are quite fun, while other parts seemed to have logical leaps I wasn’t able to follow. Like in Ashes of Roses, Steed’s womanising tendencies are played up to good comic effect. (Steed sure does like his younger women. Like, 20 years younger.)

Steed has more of a twinkle than he did in Volume 1, and Keel’s strong sympathetic streak is drawn out more

Anthony Howell and Julian Wadham both acquit themselves well to the roles once again. Obviously what happens with other Big Finish series, where over time the writers begin to tailor the roles to the actors, can never happen here, but even so one gets a sense of the roles becoming more full and more fun — Steed has more of a twinkle than he did in Volume 1, and Keel’s strong sympathetic streak is drawn out more.

Not deep, complicated stories by any means, but The Avengers is a fun way to spend four hours — I found it a very welcome tonic after the emotionally draining episodes of Survivors, and I will gladly keep listening to this adaptation of a show I have never seen!