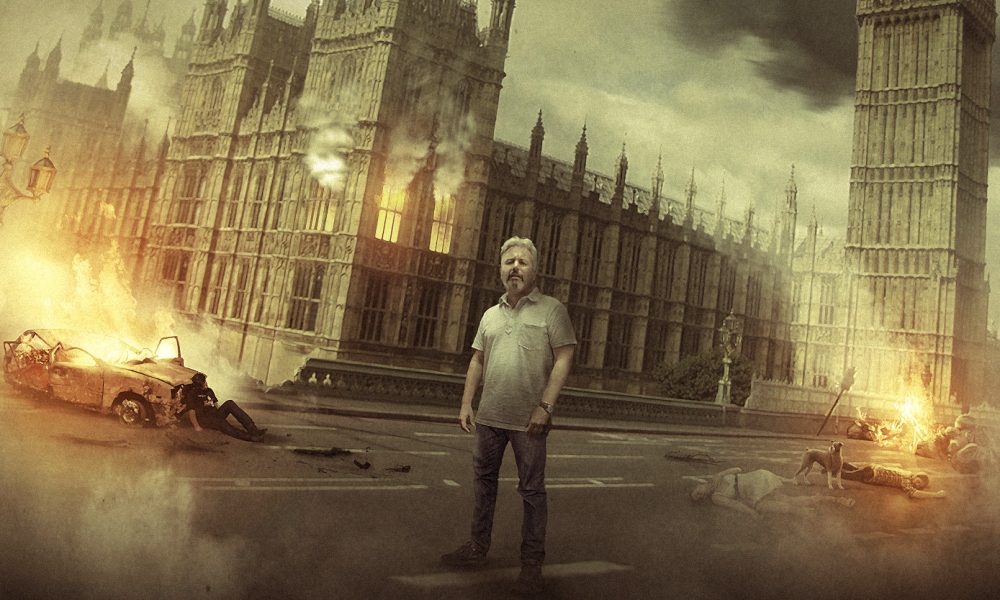 I have never seen — and am unlikely to ever see, to be honest — Terry Nation’s 1970s science-fiction television series Survivors. I have too many episodes of Batman: The Brave and the Bold to watch on Netflix, and I was already burned when I suffered through four seasons of Blake’s 7. But the “buzz” around Big Finish’s new adaptation of Survivors was of sufficiently quality to get me to load it onto my iPod…

Things begin bleakly and they never really let up; it’s a world completely without hope

Survivors ran for three seasons from 1975 to 1977, and it detailed the lives of those left alive when a plague kills something like 99.9% of the human population. Big Finish has brought the series back in audio form, cleverly as neither a sequel nor a reboot nor even “missing adventures”: this is more like a parallel series to the original, featuring new characters caught up in the same events as the original, though the original’s characters’ stories do intersect the new ones’.

I’d like to stay more vague on the details than I normally do in these reviews because I think Survivors: Series One really benefits from going in not knowing anything about the plots. I didn’t even read the blurb on the Big Finish website! There are four stories here: Revelation by Matt Fitton, Exodus by Jonathan Morris, Judges by Andrew Smith, and Esther by John Dorney. But you never know who’s going to live and who’s going to die — a number of my assumptions about who was important in what way turned out to be completely wrong. Exactly how one should rebuild society is a major theme here, and one I really enjoyed: there are no villains here (mostly), merely a number of characters trying to do the right thing, trying to survive or to help others do so. (There are some characters who seem out-and-out villainous, and the narrative kind of cheats by never really showing us them and explaining why they might do the things they end up doing.)

Survivors elicited one of the strongest emotional reactions I’ve ever had listening to audio: a stomach-churning awfulness, a visceral reaction at a terrible event, a desperate hope that something wasn’t true

Things begin bleakly and they never really let up. Revelation in particular contains a number of really terrible moments with a group of characters trapped in an airport who have no idea what’s going on. These horrifying events keep on raging, and they can’t do anything other than wait and hope — but it’s a world completely without hope. The sound design is exquisite. I’m not familiar with Neil Gardner’s work from before, but combined with Nicholas Briggs’s minimalist music, Survivors perfectly creates a tone of utter desolation and terrible unease. The transition from quiet moments to loud ones is used to good effect; I jumped more than once. The only real weakness in the sound is that the crowd scenes feel a little too underpopulated; for example, there’s a university lecture at the beginning where no-one in attendance seems to even whisper a comment.

The acting is superb. There are a lot of familiar Big Finish voices here: Louise Jameson, Chase Masterson, and Terry Molloy were the most familiar to me. But this story really lets them stretch their wings in ways other Big Finish stories haven’t. (Though sometimes Jameson sounds just a little too Leela-like when she’s given lines like “stories have power”.) Other voices are less familiar, but I thought that Ian McCulloch, John Banks, Adrian Lukis, and Phil Mulryne turned in particularly strong performances. Between the acting and the writing, these feel like what they’re supposed to be: not stock sci-fi characters, but real people with pasts and histories and secrets trying to survive in a terrible, terrible world.

I didn’t listen to Survivors all in one go, my usual MO for Big Finish box sets. Rather, between each episode of Survivors I took a break by listening to the equivalent episode of Counter-Measures Series 3 and The Avengers: The Lost Episodes Volume 2. I don’t think I could have taken all four episodes at once. I’ve only cried listening to an audio drama once (Doctor Who: A Death in the Family, if you must know), and that’s still the case, but Survivors elicited one of the strongest emotional reactions I’ve ever had listening to audio. It wasn’t like the sadness that caused me to cry at A Death in the Family, though, it was more like a stomach-churning awfulness, a visceral reaction at a terrible event, a desperate hope that something wasn’t true even though I knew it had to be. Don’t listen to Survivors if you want to be cheered up, but if you want to experience the full spectrum of human emotion — and human morality — give Survivors a listen, even if you haven’t seen the original programme.