Doctor Who: The Sleeping City / Starborn / The War to End All Wars review 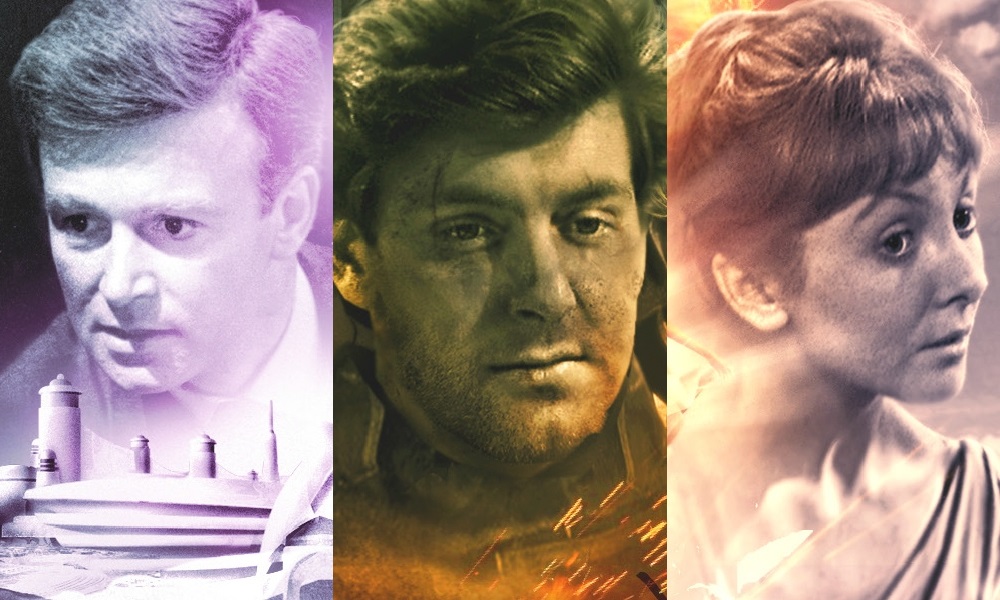 The possibility of more adventures for First Doctor companions was what initially drew me to The Companion Chronicles. I think the first one I ever purchased was Home Truths, featuring Sara Kingdom in a new adventure. The First Doctor stories have long been one of the highlights of the range, for reasons I can’t quite put my finger on. Partly, I think, it’s because 1963-66 was before Doctor Who had a real formula. People often say Doctor Who can go anywhere and do anything, but it’s not usually done: right about Season Five, Doctor Who gets its first formula, and even though that formula changes over time, there’s almost always a formula from that point on. It’s hard to imagine that any other era could give us The Rescue, The Romans, The Web Planet, and The Crusade, let alone all of them in a row! Partly, too, I think it’s because the companion characters were more thoughtfully constructed. I mean, I love Jamie and Zoe, but that’s mostly due to performance; neither is a character of great complexity, and neither feels “real” in the way that Susan, Ian, Vicki, Steven, and Sara all do at their best.

The Companion Chronicles have give us some excellent Doctor Who stories

The Companion Chronicles have capitalised on both of these factors extremely well to give us some excellent Doctor Who stories featuring the First Doctor: Home Truths, The Drowned World, The Guardian of the Solar System, The Perpetual Bond, The First Wave, The Anachronauts, The Time Museum, The Library of Alexandria, and my personal favourite, The Cold Equations. We’ve learned more about every one of the First Doctor’s companions: I always like Ian a lot, but Big Finish have taken Steven and Sara from being total non-entities in my mind to two of my favourite companions.

February through April of this year saw the release of the last three First Doctor Companion Chronicles: The Sleeping City by Ian Potter featuring William Russell as Ian Chesterton, Starborn by Jacqueline Rayner featuring Maureen O’Brien as Vicki, and The War to End All Wars by Simon Guerrier featuring Peter Purves as Steven Taylor, which I’d like to review in one go, in my own tribute to the end of seven years of great storytelling.

All three of these stories still manage to find inventive, new ways to use the format to its best advantage. Nothing here is quite as format-breaking as, say, The Mahogany Murderers or Solitaire, but each of these pushes the boundaries a bit. The Sleeping City is framed by Ian telling his tale to a security agent after his and Barbara’s return to the 1960s (and even has an excuse as to why his voice sounds almost 50 years older!); Starborn has Vicki learning about a future adventure… from her future self!; and The War to End All Wars has an expansiveness to its plot that you just couldn’t do in 50 minutes in a conventional full cast story.

Most of them also provide new layers to our characters. Starborn is probably the weakest on this; despite its inventive format, I don’t feel like I know more about Vicki than I did before. But The Sleeping City shows the First Doctor, Ian, Barbara, and Vicki at their best, as they work together to investigate and solve a deadly mystery in the city of Hisk. And The War to End All Wars gives us a much older Steven, a Steven near the end of his life, one with thoughts on what it is to rule and to have power, but still recognisably our old Steven. As always, the readers are excellent: Maureen O’Brien is good, but William Russell and Peter Purves have proved their excellence time and again, and they continue to do so here. (Also standouts: John Banks as the hapless salesman Allett in The Sleeping City, Jacqueline King as medium Madame Violet in Starborn, and Alice Haig as Sida in The War to End All Wars — good “second voices”, all.)

Each story gives us inventive, imaginative settings impossible to visualise on television (though if the series’ production team would have ever been so audacious, it would have been in this era): The Sleeping City’s alien market and complicated dreamscape, Starborn’s planet with so many suns you can’t see a single thing, and The War to End All Wars’s alien battlefields and alien cities. These are great ideas, well depicted. I especially liked The Sleeping City’s imagination, and the way that The War to End All Wars feels like it could almost perfectly fit into its era. All have great moments, both lovely and harsh: Barbara’s determination to bake a cake to save a man’s life, the horrible Harbinger I in the Hisk dreamscape, Vicki’s scepticism at the claims of a psychic medium, Steven marching across a muddy battlefield fully expecting to be shot, Steven and Dodo managing an election campaign.

Simon Guerrier, it must be recognised, is the master of the Companion Chronicles form

I do have to admit that, like some Companion Chronicles, The Sleeping City and Starborn do both fumble the ending a bit: each has a final twist that just feels like it’s there for the sake of being a twist, which isn’t exploited in a suitably dramatic fashion.

The War to End All Wars, on the other hand, is one of the very best Companion Chronicles, giving us both an utterly harrowing story from Steven’s time in the TARDIS (there was a point I emotionally believed Dodo was dead, even if intellectually I knew it couldn’t be true) and sketching in a whole future for him after his time with the Doctor. And what an amazing ending — I hope it’s followed up on! Simon Guerrier, it must be recognised, is the master of the Companion Chronicles form, and he excels himself once again here. I hope he is given a chance to follow up the loose ends he set up here!

All three of these stories are directed by the other Companion Chronicles stalwart, Lisa Bowerman, doing her usual excellent job. Toby Hrycek-Robinson and Simon Robinson impress with their soundscapes on The Sleeping City and The War to End All Wars, though I found Matthew Cochrane’s work on Starborn a little too sparse in places (supposedly the opening is set in a London street, but you wouldn’t know it) and Robinson’s music for The War to End All Wars is oddly jarring at times. And there is, of course, the oft-unsung brains behind the whole operation: David Richardson. Listen to the CD extras on The War to End All Wars for a lovely reminiscence between Richardson and Guerrier about the history of the range.

These stories drive home just how sad it is that The Companion Chronicles are coming to an end, to be replaced by The Early Adventures. As much as I’m sure they’ll be pretty good, I just can’t imagine them giving us stories like we’re getting here — like we’ve gotten here — month after month, for years on end.