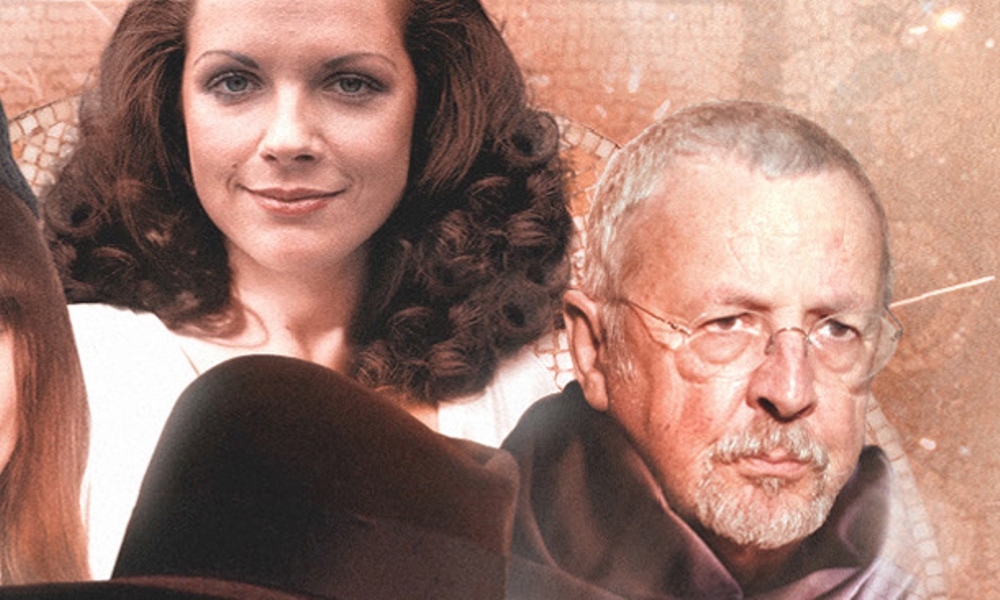 The fiftieth anniversary trilogy of Doctor Who: The Companion Chronicles comes to an end with 2014’s double-disc Companion Chronicle, Matt Fitton’s Luna Romana. Like most of the double-disc releases, this features two companion actors: Lalla Ward as Romana and Juliet Landau as Romana. This is Landau’s (better known to me as Spike’s girlfriend Drusilla on Buffy the Vampire Slayer) second turn as Romana, the first coming in the sixth season of Gallifrey, where she was revealed as a future incarnation of Romana. The use of Landau’s incarnation in this story is intended to let it work around the unfortunate death of Mary Tamm: Luna Romana opens with President Romana preparing for the Time War when she begins to reminisce about her first incarnation’s encounter with Quadrigger Stoyn. Thus, Landau fills the normal Companion Chronicle role: narrating the adventure and performing all of the parts other than Stoyn’s.

Landau’s Romana posits that the original Romana will always be out there, somewhere

Unfortunately, Luna Romana does not use its length to its advantage. The first part is an extended description of the Doctor and Romana attending a play by Plautus in ancient Rome, with vast chunks of it given over Terry Molloy enacting all the parts of the play. Quite why, I have no idea, as this doesn’t seem to have any meaning in terms of plot or themes — and it’s dead boring to boot. It’s not until the very end of Part One that you even get a hint that something could be going on. It doesn’t help that Landau is a very neutral reader; everything she says blends together very easily.

Part Two switches to another adventure, as Lalla Ward narrates the exploration of a lunar theme park by the Doctor and the Second Romana. This is a little more eventful, but even so, we get a very long conversation between Stoyn, the Doctor, and Romana, as the former sits on a couch and watches the Doctor’s previous adventures.

Eventually these two threads intersect, as the Second Romana finds herself in ancient Rome, and she learns why there seems to be a segment of the Key to Time that cannot possibly exist. Parts Three and Four are more exciting as a result, but even Part Four contains a completely pointless bit where the Doctor and the Second Romana escape from the Moon to the Earth, spend about ten minutes there talking to Plautus, and then go back to the Moon to finish the plot.

The most successful parts of the story are in its tributes to Mary Tamm: it opens with goosebump-inducing clips from her (sadly brief) run in Big Finish’s audio adventures, and near the end, Landau’s Romana posits that the original Romana will always be out there, somewhere, in a very lovely moment. (Then, later, she makes another tribute to close the story out, and one is left thinking that less is more.)

Lalla Ward does her usual incomparable job, though one wishes she had somewhat more meaty material

In its other character work, though, Luna Romana is disappointing. I think the Doctor is supposed to learn some kind of lesson about the Key to Time from watching Plautus’s play, but you only know this because he just says he did at the end; nothing in the actual play would indicate this. Even worse, there’s no real reckoning in terms of character as to what the Doctor did to Stoyn: Stoyn is just a raving nutter trying to destroy the Doctor, and the Doctor barely even acts like he knows Stoyn. What was the point of creating this unprecedented connection between the Doctor and Stoyn in The Beginning if hardly anything was going to be done with it? Luna Romana serves as a clear end to the story of Stoyn, but I’d like to see him reappear again — put him up against the Fifth Doctor, who might actually feel guilty about what he did in his first incarnation. Terry Molloy is good, of course, but he’s wasted.

Lalla Ward does her usual incomparable job, though one wishes she had somewhat more meaty material: it’s all breathless description of action, very little style or character. (Compare the much more interesting Babblesphere.) Juliet Landau is an adequate reader: she’s simply too level, not varying her energy level, allowing the listener to drift away from the story.

Overall, I have to say I was disappointed in the Stoyn trilogy. There was some good potential in the premise, but Marc Platt, Nick Wallace, and Matt Fitton didn’t really use it. They’re all okay stories on their own, but the fiftieth-anniversary trilogy should be more than that.