Doctor Who: Trial of the Valeyard review 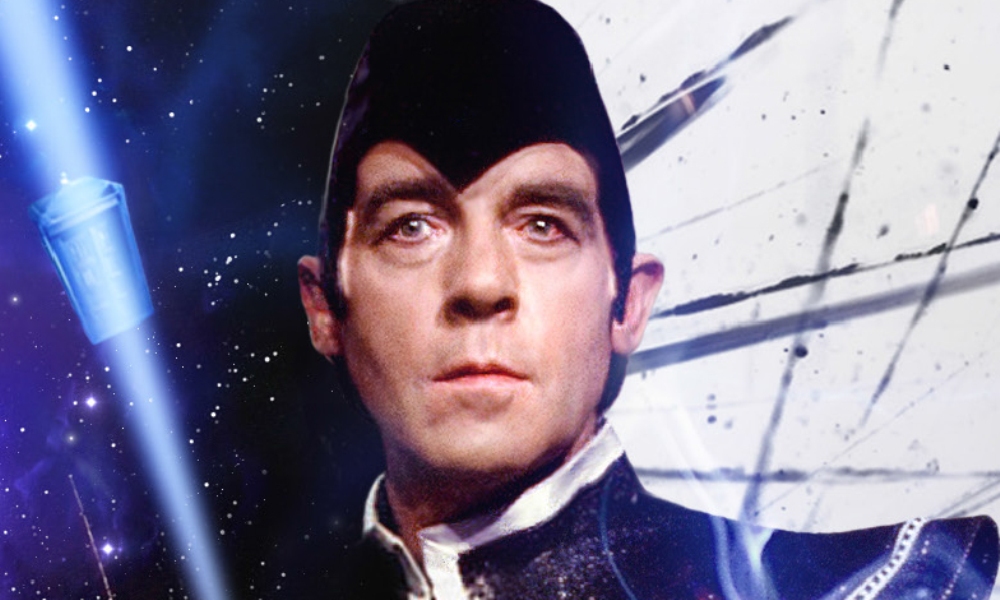 I have a confession to make: I am a complete fan of The Trial of a Time Lord.

I don’t know why this has to be a confession. It is a very good story, one of my favourites. Yet for some reason Doctor Who fandom disagrees; in the recent Doctor Who Magazine First 50 Years poll, it placed 168 out of 241. But it’s brilliant, and I love all of it: the opening model shot, Glitz and Dibber, the Tribe of the Free, Sil, BRIAN BLESSED, the guy off Keeping Up Appearances being a Dickensian bureaucrat, those close-ups on Colin Baker for every cliffhanger. And it’s not that I “even” love the supposedly interminable interruptions of the trial scenes, I especially love them. The only thing I don’t like is the Vervoids substory (sheer tedium and too much Mel and c’mon, “web of mayhem and intrigue”), where I sit around waiting for the trial scenes to come back so I can be entertained by the Doctor saying “knacker’s yard” again. The Doctor, the Valeyard, and the Inquisitor arguing in a courtroom — sheer joy!

No-one is allowed to know what the Valeyard is even on trial for, which results in a number of conversations about absolutely nothing

All of this is to say that I was really looking forward to Big Finish’s 2013 subscriber bonus when I found out it was Trial of the Valeyard, the long-awaited rematch between Michael Jayston and Colin Baker. But! I also have high expectations of such a story, and Trial of the Valeyard did not really meet them. I know it sounds like gross hypocrisy for a Trial of a Time Lord fan to say that he thinks Trial of the Valeyard spent too much time arguing over nothing, but it did! In Trial of a Time Lord, the stakes and purpose of the proceedings are laid out lickety-split, especially considering the story is 14 parts long — here it takes over eight minutes of a 65-minute story for the Doctor to find out the information communicated by the title.

The worse thing is, I think, that the stakes are never really clearly established. We know what the Doctor is on trial for right from the beginning of The Trial of a Time Lord, and the stakes are consistently raised across the story. Here, they never get laid out, because no-one is allowed to know what the Valeyard is even on trial for. Which is a potentially interesting concept, but here at least, it turns out to be incredibly frustrating because it results in a number of conversations about absolutely nothing. The story is padded with irrelevant ramblings because there’s nothing else for the story to be about! Weirdly, there’s no prosecutor, so the great premise of the Doctor having to serve as the Valeyard’s defence attorney is completely undermined by him having no-one to defend the Valeyard against. There are moments of fun, of sharpness, of interest, but too much of this story is spent rambling.

There’s some good stuff, though, so don’t leave thinking Alan Barnes and Mike Maddox provided only a farrago of trumped-up charges; the story of the Valeyard’s creation is spooky, and I particularly enjoyed the way the trial ends up, well, ending. The ability of the Valeyard to unsettle the Doctor’s very certainty in his own ethics is what makes him an alluring villain, and the story was at its best when capitalising on that.

I would have liked to have learned more about his origins than we did, though, and I think the story could have afforded to leak us a little bit of knowledge without damaging the greater mystery. I wish we had learned something about someone here.

The acting is, of course, a delight to listen to. Colin Baker cannot receive more acclamation at this point in his Big Finish career, I am sure, but Lynda Bellingham and Michael Jayston slip back into their roles perfectly. Jayston has aged most noticeably of the three, but all of them recreate 1986 enough for my ears. Jayston’s voice is just a hypnotic delight — he could come out with any old nonsense, and I would be tempted to believe it! And when Barnes and Maddox get the dialogue right, they nail it — loved the Bleak House reference.

What doesn’t sound right is the music: Big Finish has got in Andy Hardwick, whose usual orchestral warblings are as wrong as possible for the scenes were are listening, completely working against the drama. They’re even worse when you place them up against the fact that Dominic Glynn gave the series some of its moodiest and most effective scoring with his contributions to the score for The Trial of a Time Lord. And though I liked the use of the Matrix “censor” noise, when on Gallifrey did the Inquisitor start using a gavel?

You might not be able to stop the catharsis of spurious morality, but I wouldn’t rush out to adumbrate this instance of an epistopic interface of the spectrum.

Trial of the Valeyard (by Alan Barnes, Mike Maddox; starring Colin Baker) was released by Big Finish Productions in December 2013.