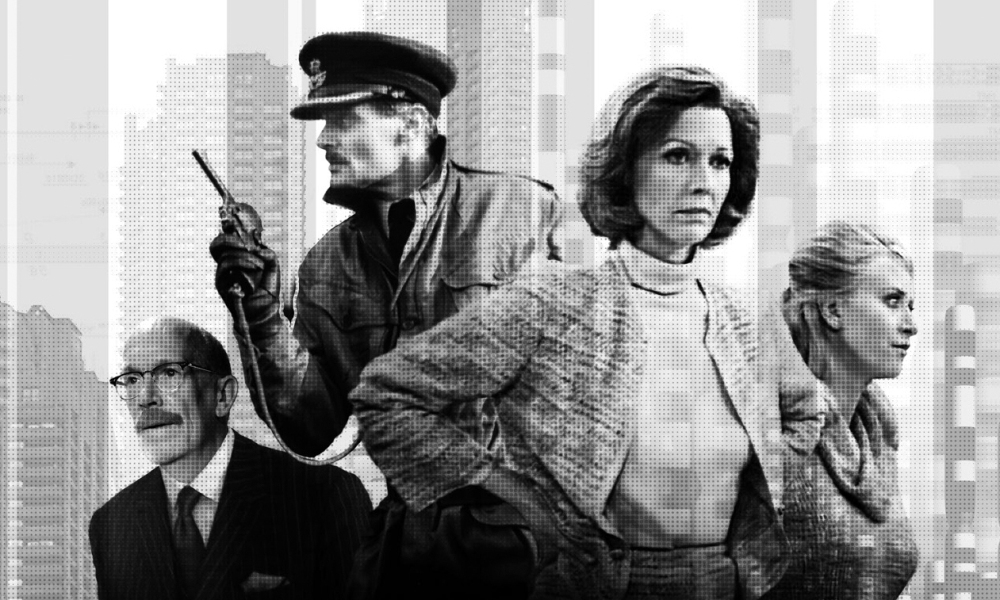 The Intrusion Counter-Measures Group is back! Rachel, Ian, Allison, and Sir Toby return for a second set of 1960s adventures, adding new regular cast member Templeton to the mix. The second series of Counter-Measures seems to seek to distill what worked about the first and refine the premise as a result — there’s no major reworking as we’ve seen with the various seasons of Big Finish’s own Jago & Litefoot (not yet, anyway).

The first story here is the strongest: Matt Fitton’s Manhunt puts Group Captain Ian Gilmore on the run, wanted for the murder of an old friend. Wily Sir Toby weaves his political web, and Rachel and Allison must get used to Ian’s replacement Captain Astor while they investigate the mysterious deaths of a group of scientists. It’s a sharp, twisty story of just the right kind — I figured out what was up shortly before the characters did, which is exactly the right time to do it. The story is really character-centric; there are a lot of players in addition to the regulars (Lucy Fleming as Lady Waverly, Blake Ritson as Astor, Gemma Whelan as Emma Waverly, and the debut of Philip Pope as Templeton), and all of them feel like real people with real relationships: we get a sense of what Ian and the Waverlys, Allison and Astor, Sir Toby and Lady Waverly, and even Templeton and Lady Waverly all think of each other. Gemma Whelan and Lucy Fleming are both completely excellent and convincing, putting a lot of thought and performance into characters that could have easily been played less well. It’s a gripping, effective start to the box set.

The first story is the strongest: a sharp, twisty story of just the right kind

Second is James Goss’s The Fifth Citadel: while Sir Toby and Rachel check out radiation in the London Underground, Ian and Allison check out mysterious dead bodies in a London graveyard. I wanted to like this one more than I did. It has an intriguing premise, but it spends far too much of its running time uncovering what that premise is, and doesn’t do a whole lot with it. Furthermore, the link between the two plots is pretty contrived (and one character even admits so). And lastly, the ending… I get what Goss was going for, but it just lies flat as performed. Events don’t so much come to a climax as suddenly stop. Big marks to the performances of Hugh Ross as the affable Sir Toby and especially Celia Imrie as his old colleague Elizabeth Bradley.

Peshka by Cavan Scott and Mark Wright takes the Counter-Measures team to Poland… to watch a chess tournament. Again, like in The Fifth Citadel, there’s an interesting premise, but I think too much of the running time is devoted to the characters uncovering what the premise is — and in this case, the listener works it out long before the characters do. It doesn’t help that this features some similar attributes to the previous series’ Artificial Intelligence. On the other hand, it does feature a real tour de force from Martin Montague on sound design, in its depiction of a chess match!

Finally comes Sins of the Fathers by John Dorney. I get what Dorney was going for here, in more of an emotional climax than an action one like last season, but it didn’t quite come off, I don’t think, especially because the characters don’t learn the things that would precipitate the emotional reactions till late in the game. It seems like the reactions should exist, but they don’t really come across as written or performed.

As always, the performances of our regulars are fantastic. The writers and the actors do a lot with these characters: Simon Williams, Pamela Salem, Karen Gledhill, and Hugh Ross make them feel real and lived-in. I wish more of a purpose could be articulated for Allison on the team, but on the whole this is an enjoyable group of people. Phillip Pope’s Templeton should be fun, but he’s a little bit too much of a caricature to work, alas.

On the whole, I found this set less effective than the first one. Nothing in it was bad, but it felt a little more… average on the whole, and the stories’ themes were little less resonant than the “social control” ones of the first series. Though another enjoyable outing for the Counter-Measures team, Series 2 is not quite the sharpening of focus I (and its creators) hoped for.