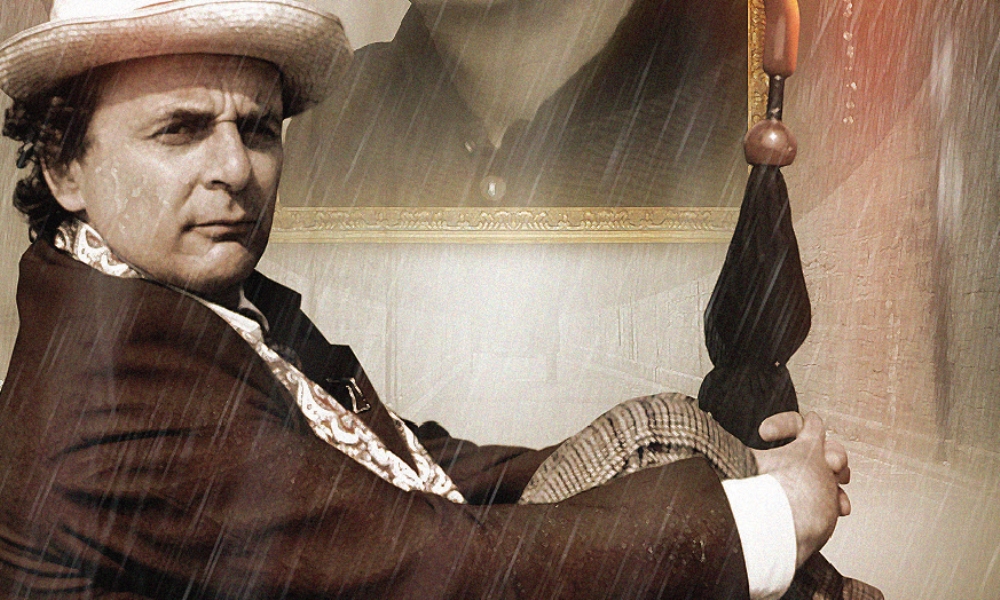 Hex is dead. Sally and Lysandra are gone. The Doctor and Ace are at odds.

That’s the status quo at the beginning of Afterlife, picking up from the end of Gods and Monsters. Much of the beginning of the story is a two-hander between the Doctor and Ace, as Ace vents her frustrations that the Doctor’s manipulations and grand schemes led to Hex’s death, and the one of the most inhuman Doctors tries to figure out how he can comfort the most human of his companions.

It could have felt like a retread, but Matt Fitton avoids that. We’ve seen/heard a lot of stories where a companion comes into contact with the Doctor’s essential inhumanity and decides to leave: Tegan in Resurrection of the Daleks, Charley in Absolution, Martha in Last of the Time Lords, even Ace herself in Love and War. But in Afterlife, we have an Ace who’s been travelling with the Doctor so long she doesn’t even know how long she’s been travelling with him, an Ace who can’t leave because the only place in the whole universe she fits is at the Doctor’s side. And so, she decides to change him, to make him feel what he’s done.

The first couple episodes of Afterlife are its best, cross-cutting between the Doctor and Ace in pain and an old, previous adventure of Ace and Hex set shortly before the events of LIVE 34, narrated by Hex in a letter to his gran that Ace finds in his room. It’s a great reminder of the (sometimes irrational) compassion that Hex brought to this TARDIS team. Sylvester McCoy, Sophie Aldred, and Philip Olivier are at their eternal best here — it’s a great follow-up to Gods and Monsters, and one doesn’t feel as though the emotional repercussions of that story have been ignored in the slightest.

After that, the TARDIS ends up in Liverpool, the Doctor meets Hex’s grandmother, Sally Morgan is back, and of course there are monsters and gangsters about. This part isn’t bad, and I thought Jean Boht rocked it as Hex’s grandmother; the scenes between her and McCoy are the best part of this half. But it’s a little confusing; not so much as to the what, but the why, and the ending of the gangsters/monsters story is flat, though perhaps that’s not really the point of all this. (McCoy does get an awesome crowd-pleasing speech, though. If crowds listened to Big Finish Doctor Who audio dramas, that is.)

Ken Bentley and Andy Hardwick do a strong job on direction and sound design; those early moments in the TARDIS sound completely raw. Hardwick’s score uses a little too much of his trademarks (i.e., sparkles for something “magical”), but listening to the music suites reveals it to be one of his better works; I’ve already played it while working on my dissertation a number of times. I was disappointed by the voice of the “god” here, which is over-the-top in a bad way, like the appearance of Moloch at the end of Protect and Survive.

Afterlife sets up some potentially interesting emotional situations for the Doctor and Ace going forward. If Big Finish explores them to their fullest, we’re in for something special. This is one of the best TARDIS teams there is, and Afterlife shows they still have some mileage left in them.