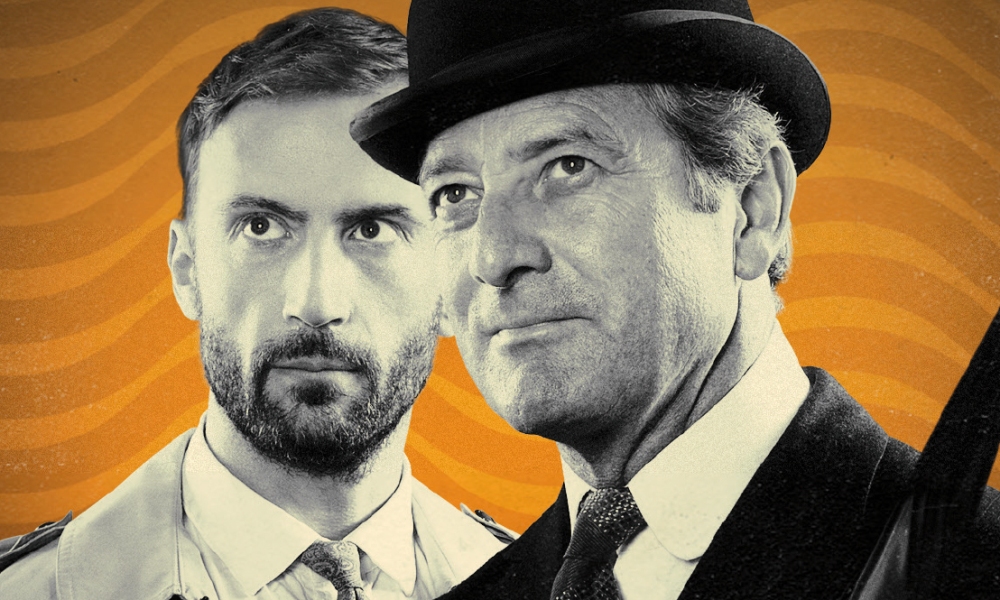 Before listening to The Avengers: The Lost Episodes Volume 1, I’d never once seen an episode of the classic ITV spy series The Avengers, despite a vague desire to do so. I love Diana Rigg and Joanna Lumley as much as the next person, but there’s not just enough hours in the day, and I already got burnt by The Tomorrow People and Blake’s 7. But Big Finish’s set of “Lost Episodes” proved too tempting to resists: I love 1960s British telefantasy and I love Anthony Howell (who was the world’s best boyfriend in the television version of Elizabeth Gaskell’s Wives and Daughters).

Like with 1960s Doctor Who, a number of episodes of the first series of The Avengers no longer exist. Unlike Doctor Who, that’s it: there are no audio recordings. There are, however, scripts, and Big Finish has hired the ubiquitous John Dorney to adapt four of those scripts into the audio medium, allowing people to experience that lost first series as much as would be possible.

The Avengers stars Anthony Howell as Doctor David Keel, a young doctor whose fiancée is shot in the street when she accidentally takes delivery of a certain package in the opening episode Hot Snow (by Ray Rigby). Keel launches an investigation into her death, eventually ending up in over his head, but also coming into contact with the mysterious “Steed” (played by Julian Wadham, who was the second incarnation of the Minister of Chance) who seems to be working with the criminals but is actually on the side of the angels. Hot Snow is a decent little story, curiously underplayed at some times — Keel’s fiancée being shot isn’t very devastating — but very well done at others — the scenes where Keel tries to finagle information out of the mysterious Stella were a strong point for me.

Upon finishing the story, I sought out its television version; most of Hot Snow was lost, but it does survive up to the first ad break, and you can even watch it (legitimately!) on YouTube. Unfortunately, doing so shows up some of the weaknesses of the audio version; this was very clearly a script for television, and despite the insistence on the CD Extras that the first series of The Avengers was very studio-bound and talky, Dorney’s adaptation is a little bit too faithful to work completely on audio. The sequence where a gangster sneaking into the surgery Keel shares with one Doctor Tredding is an excellent and tense juxtaposition on screen; less so on audio where you cannot see the gangster sneaking around the entire time, and he has to talk to himself so you know what he’s doing.

The second episode, Brought to Book (by Brian Clemens), sees Steed recruit Keel to finish hunting down his wife’s killer, who’s now involved in a new scheme. Keel has to infiltrate a group of gangsters by pretending to be in legal trouble for peddling drugs. It’s decent — nothing altogether extraordinary, but I liked Keel worming his way into these people, discovering a new side of himself as he does so.

Square Root of Evil (by Richard Harris) shows us the continuing development of the relationship between Steed and Keel: Keel doesn’t appear until well into the story, as Steed works at infiltrating a gang of forgers. This requires him to adopt an Irish accent, and unfortunately Alan Cox as Hooper, leader of the gang, has a voice very similar to the one Wadham normally uses for Steed, meaning there were a number of scenes where I had difficulty telling who was speaking. Keel doesn’t turn up until late, when Steed needs (naturally) medical attention. The ending of the story is a little simple, but this story has its enjoyable moments, especially a guest turn from Sophie Aldred as one of the gangster’s girlfriends, sounding completely different from good old Ace.

The last story is One for the Mortuary (by Brian Clemens again), which shows how Steed is gradually increasing his use of Keel: here, he uses him because he needs someone who’s going to Geneva for a World Health Organisation conference. This was my favourite story in the box set, probably because it features the ever-delightful Francesca Hunt as Yvette. Seriously, I could listen to her voice all day long, everything that comes out of her mouth is simply joyful — how can this only be her third Big Finish? On the other hand, the appearance of Nicholas Briggs as a one-eyed assassin is a little distracting, as his character just sounds like Briggs doing a funny voice.

The leads impress throughout. Anthony Howell is good, of course, though I can’t help but feel that he plays Keel a little too stiffly — there are times you would never guess this man’s fiancée had been shot in front of him! But Julian Wadham is fantastic as Steed; you can just hear the twinkle in his voice as he relaxes in a Turkish bath or flirts with Keel’s receptionist. Lucy Briggs-Owen is the third headliner, actually, playing said receptionist, but though she seems good, thus far she hasn’t really had enough to do to distinguish her. I also quite enjoyed the inclusion of Colin Baker as Keel’s partner Tredding.

Sometimes the direction and sound design is a little flat, like with Keel’s fiancée’s death, and I think the music is a little obtrusive, however authentic that may be, but otherwise Ken Bentley and Toby Hrycek-Robinson keep this up to Big Finish’s usually high standards.

The Avengers: The Lost Episodes is an interesting peek into a lost world — despite having never seen an episode of The Avengers before, I’d happily listen to a second set and experience another perfect little authentic slice of 1960s action-adventure.