Doctor Who: The Time Machine review 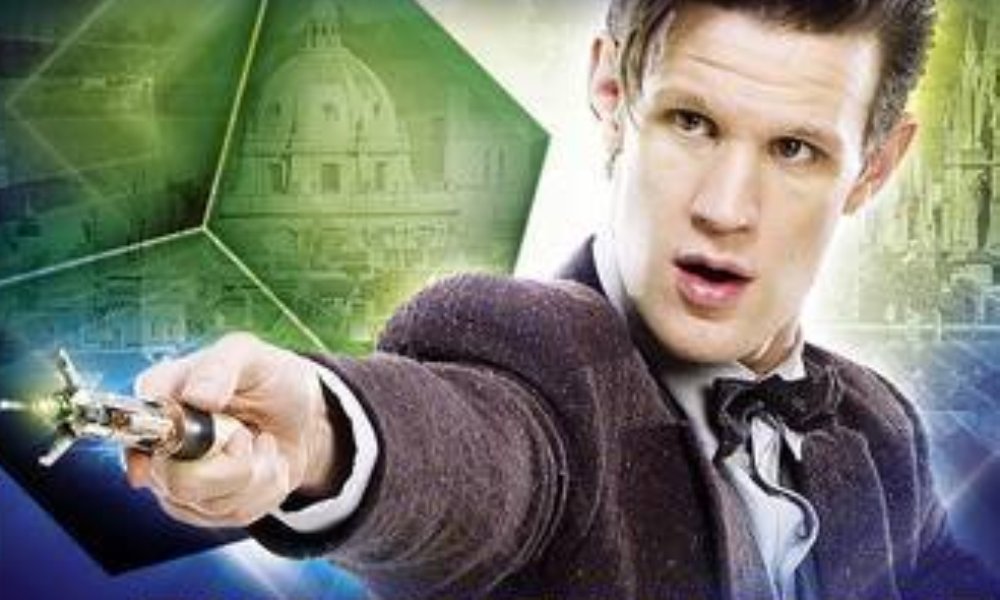 After no small delay, here’s The Time Machine, the last instalment of Destiny of the Doctor, featuring what was until very very recently, the current Doctor. Jenna Coleman née Jenna-Louise narrates Matt Fitton’s story, which features double guest stars in Michael Cochrane and good old Nicholas Briggs. Sadly, there’s no Clara in sight, but one wonders if Alice Watson might be one of those pesky splinters of Clara distributed throughout his lifetime.

The Time Machine begins on Saturday, November 23 2013, as Alice and her supervisor at Oxford, Professor Chivers, complete work on 11 months’ labour (ha) building a time machine. Only, you know, some daft fellow in a bow-tie turns up and start telling them there’s deadly danger and then there’s the giant time-consuming insects. (I mean that they eat time, not that they waste it.)

Fitton has a big job in The Time Machine — he has to explain why the Eleventh Doctor wanted ten very different things from all across time in the previous stories, all without bogging down the story that he’s telling. I’m not sure that he entirely succeeds. There’s not much story here: the Doctor tries to convince Alice and Chivers something is up, he runs away, he has a plan, the end.

The plan is very complicated and explained very quickly… but in a series where each instalment evokes its “era,” surely that’s entirely appropriate! I actually understood most of the plan, I think, and I liked how it brought things together — especially how it did so from a character perspective. It would have been easy for there to have been a bunch of technogubbins nonsense, but there were actually some nice character-based callbacks to Death’s Deal, Shockwave, and especially Hunters of Earth, which I did not expect. There’s a pretty strong link between the first story in 1963 and this story in 2013, which is entirely appropriate.

Jenna Coleman proves to be a delightful reader, as one might suspect from her voice. I hope she does more of these! Michael Cochrane is always good value, and for once in Doctor Who audio, he’s not playing a crazy military officer.

It’s maybe not the best wrapup, but it did exactly what this series needed. Many of the other instalments have traded off nostalgia, but that’s probably hard to do when an “era” has only just left the screen. All in all, I’ve enjoyed the series a lot: a number of simple, engaging stories, well told, with just the right amount of nostalgia. Probably my favourite audio celebration of the fiftieth anniversary.

The Time Machine (by Matt Fitton; read by Jenna Coleman) was released by Big Finish Productions in November 2013.