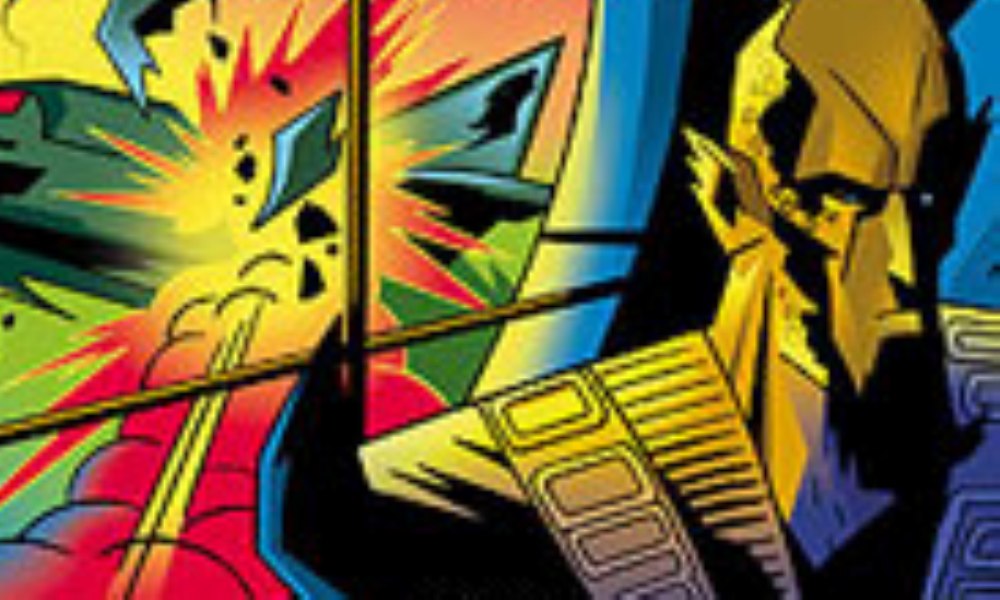 One of the many things to like about the current run (“current” as in where I am at, not where the actual line is at) of Bernice Summerfield stories is the development of a stable of consistent writers. Rather than Bernice being farmed out to people who seem to have little familiarity with her current adventures and their complications, a small group of writers has built up that takes their turns, and stays involved on both the prose and audio sides. The dependable Eddie Robson’s first Bernice audio script may have been The Empire State, but he’s obviously familiar with the character, and now he’s back for Freedom of Information, which picks up shortly after The Judas Gift left off.

Freedom of Information is about the Draconian occupation of the Braxiatel Collection. Obviously the Collection has been occupied before, and going into this story, one of my worries was that this plot line would be too similar to that of Life During Wartime and Death and the Daleks. Freedom of Information, however, takes it all in a very different direction. This is not occupation by force, but occupation by diplomacy — and the most effective resistance turns out not to be resistance by force, but resistance of a very different kind indeed.

Ambassador Jarith Kothar has a problem: Bernice Summerfield is missing, and not even Irving Braxiatel seems to know how to find her. In some ways, Kothar is the real protagonist of this piece, as he investigates the disappearance of Bernice; from the start, Bernice mostly appears in flashbacks as others narrate their last interactions with her to him. Whereas Kothar was very self-assured and on top of things in The Judas Gift, this shows us his other side, when he’s not getting what he wants. Michael Fenner is once again quite good, showing the reserved ambassador’s façade crumbling without going into histrionics.

The plotline lets us see what everyone else is up to during this occupation: Brax, Adrian, Jason, and Doggles, primarily. Surprisingly, Doggles gets some of the most interesting material. Doggles is often played as a comic character (and of course he is, and he gets some funny scenes in this story), but it’s easy to forget that when he was introduced in Something Changed, it was revealed he was a victim of Fifth Axis torture, and that comes into play here as well. (The flashback to Summer of Love was still hilarious, though.) “Sam Stevens” (a.k.a. Stephen Wickham) continues to be excellent as Doggles.

Neither Lisa Bowerman as Benny nor Stephen Fewell as Joseph are in this story much (well, sort of), but there at their normal best, Bowerman alternating between Bernice’s true self and an exaggerated caricature of her as appropriate, while Jason (as always) does his best in difficult circumstances, and attempts to do the right thing in his own way. David Darlington’s sound design is, as always, superb, but special kudos must be given to his and Matthew Cochrane’s haunting score for this story, especially the ominous bells ringing throughout. I was delighted to find that, for the first time as far as I know, a Bernice story contains a bonus music suite at the end.

Meanwhile, on the Mimsphere, Hass and Joseph are cataloguing plants while trying to negotiate a settlement, and something with grave repercussions transpires…