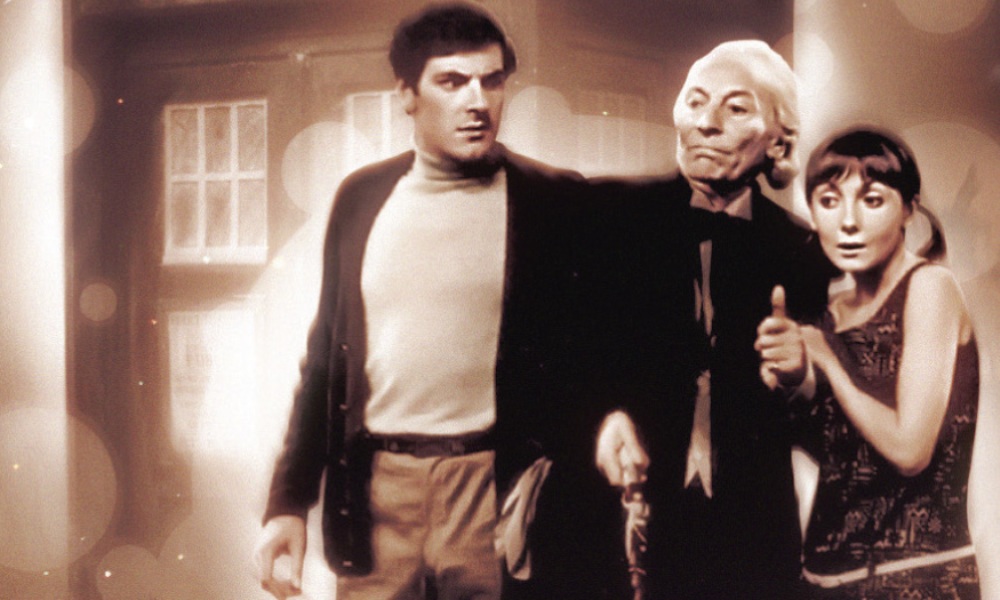 Maureen O’Brien and Peter Purves team up as Vicki and Steven in Mat Coward’s Doctor Who Companion Chronicle, Upstairs. With O’Brien narrating, Purves playing Steven, and O’Brien doing everything else, it’s a return to a part of the Hartnell era that I actually have very little experience with — The Time Meddler is this team’s only surviving complete story.

Upstairs begins with the TARDIS materialising in an abandoned, creepy attic where the rooms literally do go around in circles. It’s a strong opening, one undermined by Big Finish’s giving away of the location on the back of the CD and on their website. It’s not a story-ruining giveaway, but I think I’d’ve appreciated this otherwise spooky and off-putting segment of the story much more if I hadn’t known where they were the entire time.

Once you find out where the TARDIS crew is and then once you find out what’s going on, things get less interesting, but never uninteresting. Though the cliffhanger ending Part One is awesome, I found the villains’ plans a little baffling, and never quite justified by the Doctor’s explanations, and the climax is a little… unclimactic, but there are a lot of interesting and fun parts here regardless. Any story where the First Doctor is forced to impersonate someone else is a winner in my book, and adding Peter Purves performing Steven pretending to be an aristocrat is just delightful icing on the cake.

Vicki isn’t a character I have much experience with, but she’s fun here. A more eager, less alien version of Susan, from the future but not in a way that makes her irreconcilably different to the audience. I think her character shines the most in those scenes where you get the sense of her as a co-conspirator with the Doctor, someone who just has fun getting into and getting out of hijinks. I look forward to hearing more of this TARDIS team in The Early Adventures.

As always, Richard Fox and Lauren Yason creep it up on sound design, and Lisa Bowerman keeps things claustrophobic with her direction. The Hartnell era has seen greater triumphs in its audio adventures, but this is another enjoyable adventure from the era, bringing an oft-forgotten TARDIS team into the spotlight.