Doctor Who: The Dark Planet review 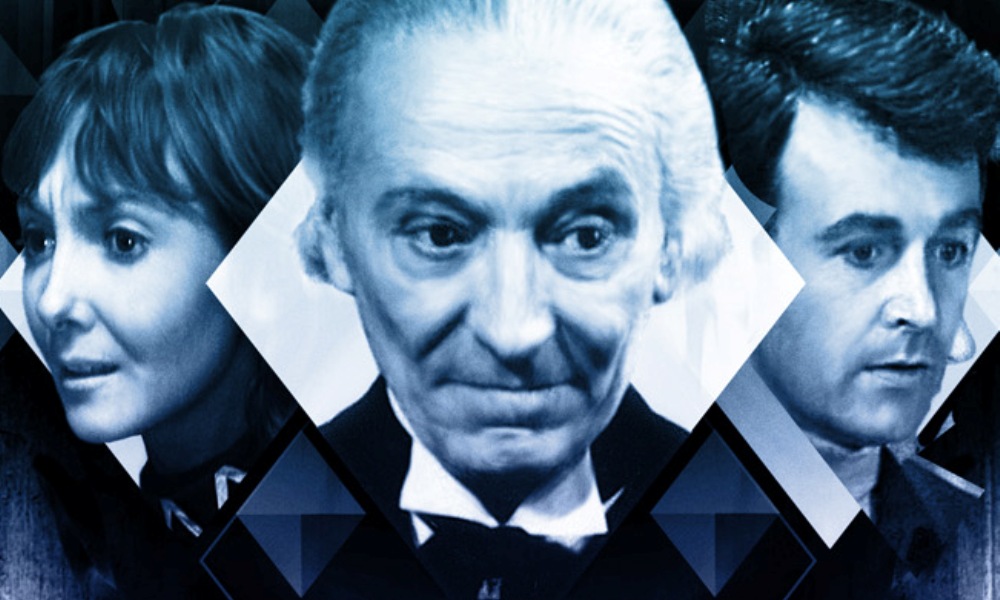 Who would have guessed that a lost Hartnell six-parter from the guy who brought us The Ice Warriors would be dull? Doctor Who: The Dark Planet, like so many Lost Stories, is a worthy and laudable attempt to recreate a story we never got on screen, but Matt Fitton’s adaption of Brian Hayles’s storyline doesn’t have enough meat on its bones to justify its three-hour running time, unlike previous six-part Lost Stories (such as Farewell, Great Macedon or The Masters of Luxor).

The Dark Planet is replete with amazing visuals. One might initially balk that some of them would be beyond the technical capacity of the time, but on the other hand, this was the production team that thought they could pull off The Web Planet. Regardless of whether or not 1960s technology could have actually produced them, the images that Fitton’s narration conjures up of light and darkness, crystals and shadows, cities and rockets are fantastic to behold — even aside from the recasting difficulties, this shows how useful narration is to The Lost Stories, as doing this as a conventional, un-narrated audio drama would have robbed The Dark Planet of the visual component it would have had on screen. There are a lot of great ideas here, including the setting of the story and the genesis of its alien races. (I did have to sigh at a cheeky reference to Remembrance of the Daleks; that kind of thing is fine in a Companion Chronicle, but it throws me right out of a Lost Story.)

In the CD notes, Fitton opines that he wanted to create a historical tragedy in an SF setting, a sort of The Aztecs or Farewell, Great Macedon in space. This is a noble idea, and nicely atypical for the Hartnell era, but The Dark Planet stops short of being able to pull it off. The problem is that the Shadows and the Light, though interesting conceptually, are neither sufficiently alien nor well-developed as characters. By the first, I mean that though they are vastly different to life as the TARDIS crew knows it, they still pretty much act like people on the whole. And as for the second complaint, they don’t just act like people, but stock people — there’s no twinkle in script or performance to make you like these people, the way that you understand and empathise with Autloc’s dilemma in The Aztecs or how John Ringham charms as Tlotoxl. Without a connection to its characters, a tragedy is largely meaningless, and The Dark Planet fails to hit home.

What does hit is, as always, William Russell’s performance. Both in narration and dialogue, the man is flawless. The scenes where the Doctor grew angry were particularly strong, and it’s a shame Hartnell could not perform them himself, but Russell always evokes him well enough. (One does wish there were a couple more instances of “Ian said” or “the Doctor said” in the narration; his Hartnell imitation is good, but not that good.) This is my first time encountering Maureen O’Brien as Vicki in a Big Finish story; though she sounds older, of course, she brings with her no less enthusiasm than during the Hartnell era itself. Toby Hrycek-Robinson does a fabulous job with the sound design of the surreal environments The Dark Planet enters into; I especially loved the musical cues he designed.

From a conceptual standpoint, it’s hard to fault The Dark Planet — everyone involved has great ideas and is trying their best. But there’s just not enough here to sustain three hours of engagement. A worthy attempt, but maybe this one should have stayed in the vaults.

(Here’s the opposite of my usual complaint: no CD Extras? I’m always really fascinated by the adaptation process, and surely there was room for a few words from David Richardson and Matt Fitton about how this was expanded from a mere storyline. It’s a story I knew nothing about before it being selected for The Lost Stories, and it would’ve been nice to learn more than the scant detail in the booklet.)