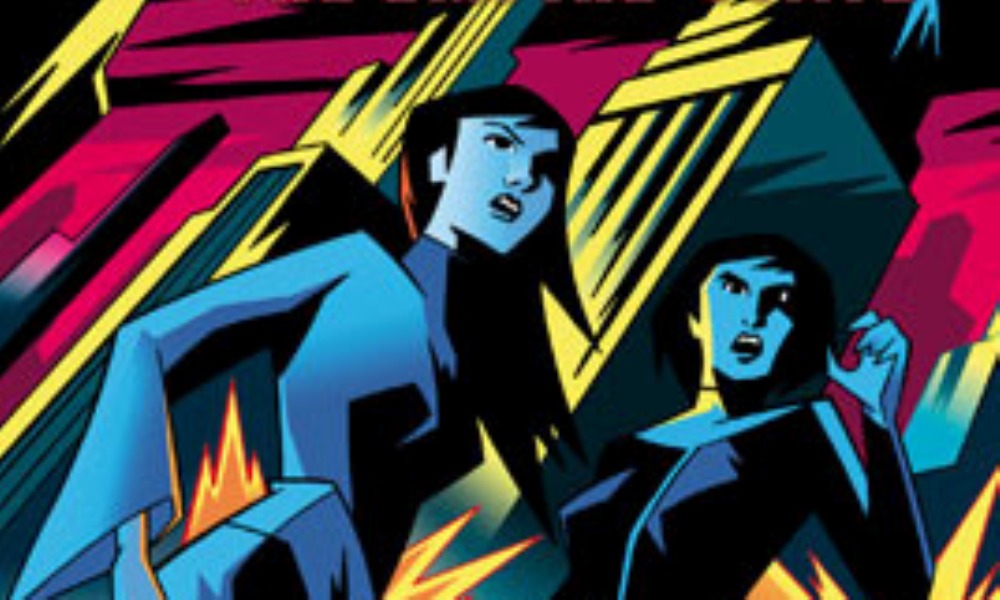 The past couple Bernice Summerfield stories have seen Benny on a vaguely-explained mission to get “help” for the Braxiatel Collection, as war is imminent and the Collection is continuing to malfunction. Summer of Love ended with Bev sending Benny and Jason on a mission, while Collected Works seemed to indicate Benny was researching time sensitives for that reason. Quite why they went looking for the Oracle in The Oracle of Delphi I didn’t think was well explained, and now following on from the end of that adventure, Benny is investigating the ruins of an alien city for the Stone of Barter. If this mission was ever clearly defined, I missed it.

Okay, whatever. That aside, The Empire State is a cracking conclusion to Series Seven of Bernice Summerfield. As you would suspect any script written by Eddie Robson would be. Surprisingly, this is Robson’s first script contribution to the Bernice range, but with his propensity for unusual ideas and keen grasp of dialogue, he’s perfectly suited to it. Because the city isn’t destroyed at all — it’s still standing and none of its inhabitants know what happened. And what’s worse, one of Bernice’s archaeologists is lost inside it somewhere.

Like a lot of Robson scripts, it takes some time to figure out what’s going on in The Empire State. The truth is buried somewhere behind the banal dialogue about shoe-shopping; no-one stops and explains anything to you right out. But that’s the pleasure of a well-constructed script like this one. There’s not just ideas, but people here — Bernice’s problem here is well drawn, and the people around her are all actual characters, not just types or plot functions. Some Bernice stories feel like they’re struggling with their limited cast sizes, but this is one of those where you barely notice because it feels exactly right.

Due credit must, as always, be given to Lisa Bowerman as Benny, and Stephen Fewell is funny in his brief appearance as Jason Kane. The real breakout here is Sophie Louise Dann as Maggie — she’s a fantastic talent here, and I hope we hear more from her character going forward. Philip Edgerley is great, too, as the bartender Saf, who turns out to have rather more going on than one might think. Matthew Cochrane does a great job on sound here, too; this is one of those stories that oozes genuine atmosphere, and has some great scenes solely on the basis of how they sound, such as the surreal opening.

With a heckuva ending to boot, The Empire State promises that the eighth series of Bernice Summerfield will be as good as its seventh, if not better. This has been a standout period for her adventures, and that seems poised to continue.