The Adventures of K9 review 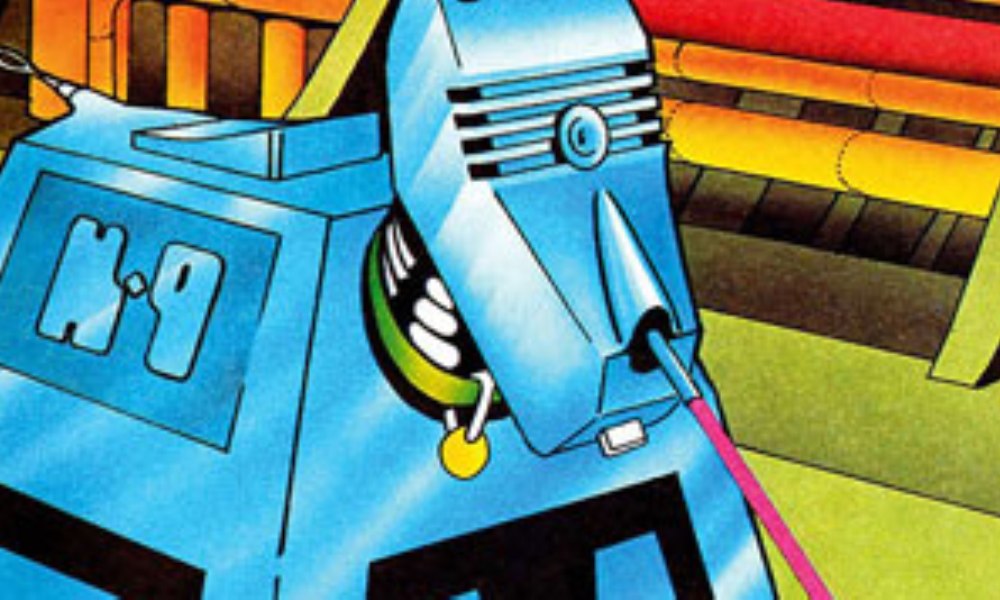 One of the unique joys of Doctor Who is the manifold and various dimensions it has extended into. Beyond the parent series, beyond even Torchwood or The Sarah Jane Adventures, we get things like Jago & Litefoot, Bernice Summerfield, Faction Paradox, Cyberman, and for some reason, even Vienna… One dimension completely unknown to me, though, was a series of four picturebooks featuring K9, published in 1980 and written by the tin dog’s co-creator, Dave Martin. Now, thanks to Cherry Red Records, you can listen to John Leeson himself read these stories aloud.

The Adventures of K9 includes four stories, but totals only 40 minutes — as you might imagine, these aren’t epics. What these are, though, are short, snappy tales featuring one of my favourite sci-fi characters. In all four stories, K9 seems to be working for the Time Lords, loaned out to local governments to help them with their own specific crises, as he flies around in his spaceship K-NEL.

K9 and the Missing Planet kicks things off with K9 departing from a far-future Earth that is nothing more than a polluted weapons factory, looking for a missing planet — oh, and the people working on it. It’s insubstantial, sure, but Martin packs the story full of interesting imagery and even a bit of an environmentalist message for the kids. K9 and the Beasts of Vega is probably the weakest, with a somewhat typical plot lifted by the fact that for once, K9 is the only character who isn’t vulnerable to exterior control.

K9 and the Time Trap is suspiciously reminiscent of an episode of the old Star Trek cartoon also called The Time Trap, but it features a return appearance of the renegade Time Lord Omega, presumably occurring between his appearances in The Three Doctors and Arc of Infinity. Who needs a Doctor or three to save the day when K9 is to hand? K9 and the Zeta Rescue finishes us out in a story short on good physics, but good on K9 moments.

Unsurprisingly, the combination of John Leeson on voice and Dave Martin on words means that this is K9. I get a little tingle every time Leeson does that voice (I’d say it evokes my childhood, but I was 16 by the time I saw The Invisible Enemy, so I suppose it evokes the childhood I’d wish I’d had, where I’d watched Doctor Who and read The Legion of Super-Heroes), and an even bigger one whenever K9 gets to be smug. But in making him a viewpoint character, The Adventures of K9 manages to give us a different side to the little robot, the perpetual outsider to humankind — but not yearning to be one of us. He is no Mr Data, but a clear-minded thinker who can cut right through all our problems logically, if only we’d let him.

The Adventures of K9 reveals what a shame it is that Big Finish has never given K9 a Companion Chronicle of his own, because Leeson reads the stories here with vim and vigour. He’s got a great, enthusiastic voice, and he really captures the energy of these snappy tales — not to mention he does a whole array of voices. Minus the inimitable Ian Collier, this is about as good as Omega gets. Alas, my download version (get it from iTunes or Amazon) fails to include any kind of credits, but whoever did the sound design does a great job, sound effects punctuating the narration along the lines of the AudioGO readings of the Target Doctor Who novels. Each little whir and hum of K9’s motors is lovingly placed, each blaster beam is exactly as it was on television. I did think there was a surprising lack of his ear noises, though.

K9 is obviously one of the goofiest aspects of Doctor Who, but also one of the best, and these stories tap into what makes him work perfectly. You could travel into a lot less joyous corners of the Doctor Who multiverse than the one where you’d pick this up.

The Adventures of K9 (by Dave Martin; read by John Leeson) was released by Cherry Red Records in November 2013.