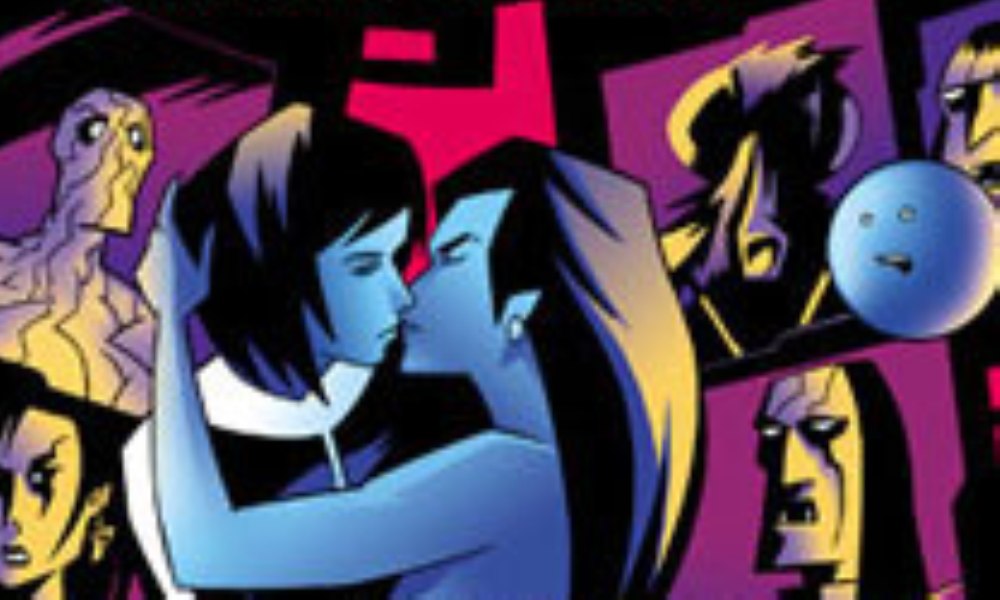 Over on my book review blog, I’m always singing the praises of the Bernice Summerfield anthologies, which weave their way in and out of the ongoing audio series. The anthologies and the audios serve to reinforce one another, the prose stories giving smaller stories that adds to the character depth of the audio dramas while the performances in the audio stories add to your understanding of the characters in the prose world. Some people might complain about the interweaving, but I think that’s what makes the whole Bernice Summerfield concept work. Where would Death and the Daleks be without Life During Wartime? — or vice versa.

However, due to budget limitations, there’s a number of principle characters who pop up often in the anthologies but rarely in the audios. Since the whole cast appeared in Death and the Daleks 13 releases ago, we’ve have a number of appearances by Jason Kane and Joseph, of course, and few from Irving Braxiatel, but Adrian Wall has only appeared in The Masquerade of Death and we haven’t heard Bev Tarrant at all. The anthologies have made Parasiel, Hass, and Doggles into enduring charaters, but the former has only appeared in the frame stories to The Goddess Quandary and The Crystal of Cantus, whereas the latter two haven’t made any audio appearances at all.

All this changes, though, with Simon Guerrier’s Summer of Love, which not only features Benny, Jason, Joseph, Bev, and Adrian, but brings Doggles and Hass to audio for the first time. Summer of Love was released around the same time as the anthology Collected Works, and even takes place in the middle of it — and it feels exactly like one of the Bernice Summerfield short stories brought to life. Suddenly the two media are more integrated than they’ve been in a long time, and Summer of Love is all the better for it, for inasmuch as this is a story about the residents of the Braxiatel Collection being compelled to have sex until their private parts are sore (seriously), it’s also a story about how the characters are dealing with a Braxiatel-less world, dealing with the way their orbits change when their centre of gravity is removed. I suspect Summer of Love would work okay if you’d never read a Bernice Summerfield book, but it’s so much better if you have. Here are all the characters you know and love, all brought to life simultaneously, not in contrivedly small groups.

The plot of Summer of Love is, indicated above, as farcical as all get-out. But that doesn’t weaken it to any degree — there’s some great stuff here, and who wouldn’t love Benny’s determination to not have sex while everyone else is having more and more of it? And then, even better, Jason’s reactions to her desires? The actors all really embrace the material here: despite her long absence, Louise Faulkner is exactly the Bev of the books, and everyone else (Lisa Bowerman, Steven Wickham, Harry Myers, and Stephen Fewell in a small-but-pivotal role) is perfect, too.

Notably, this is the debut of Sam Stevens as Doggles and Paul Wolfe as Hass. Except that, as no-one knew at the time, but Simon Guerrier later revealed in Bernice Summerfield: The Inside Story, “Sam Stevens” is actually Steven Wickham (normally Joseph) and “Paul Wolfe” is actually Harry Myers (normally Adrian). They both do great jobs, but it boggles my mind that no-one could tell Wickham was actually Doggles. Doggles doesn’t sound like Joseph… but he does sound like every other character Wickham has every played for Big Finish.

Summer of Love is completely bonkers, but it’s a great story, and it makes the best use of the Braxiatel Collection’s cast of characters on audio since Death and the Daleks. Simon Guerrier once again shows that he understands the world of Bernice Summerfield like nobody else.