Doctor Who: The Space Race review 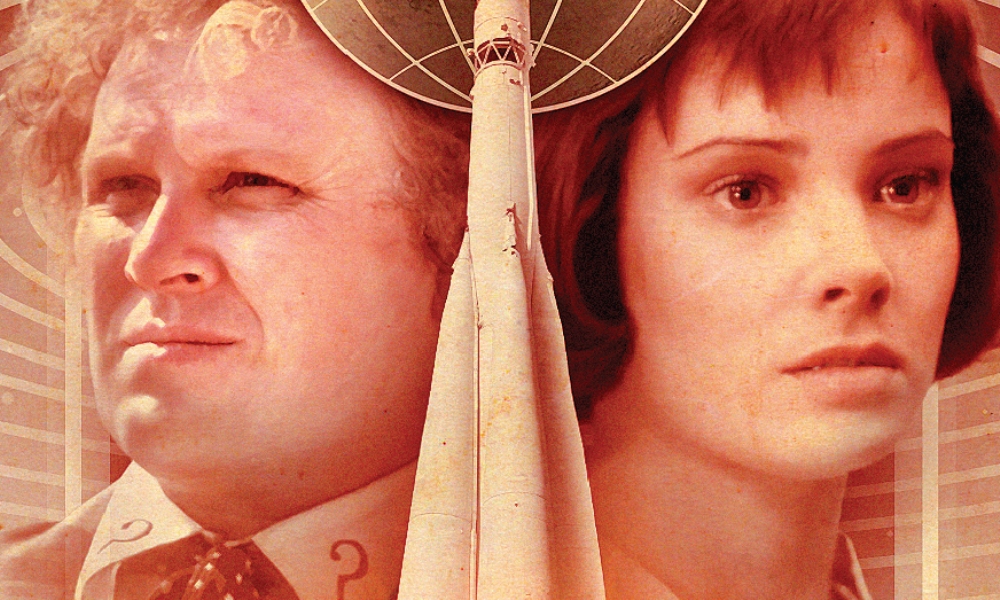 One regeneration after Fanfare for the Common Men, the Doctor is back in 1963 — this time with Peri, in a Soviet rocket base, ready to experience The Space Race. Jonathan Morris’s story is a hard one to quantify: it begins with the Doctor attempting to help the Soviets recover a lost orbital capsule, with a very lonely, very scared woman aboard, but after the cliffhanger to Part One, it takes a sharp turn, and then we’re off into a strange land indeed.

One of the real positives of this story, actually, are its cliffhangers: Parts Two and Three also have doozies, each of them not so much putting the heroes in danger (in fact, the ones to Parts One and Two don’t) as causing you to reevaluate the story entirely. And what a story it is — I don’t want to spoil anything, so I shan’t tell you anything about it if I can help it, but this one goes weird places very quickly. I’m not sure what I think about these elements. There are senses in which they work, but there are other ones in which they are a little goofy or improbable. (Goofy and improbable Doctor Who stories? Surely not!)

I also really appreciated the early space stuff. As I believe I observed in my review of Journey into Space: The Red Planet, I like all that retro procedural space stuff, and this story reminded me of Journey into Space, or my favourite Pertwee tale, The Ambassadors… OF DEATH! Sound designer Howard Carter even makes sure to do that little beep noise that radios seem to do in space movies (and reality, I suppose), but nowhere else. (Wikipedia informs me that these are called Quindar tones.) Sometimes this works against the story, though — there are a couple three-day journeys to the Moon and back, and all the action on the Earth has to come to a screeching halt. It’s a shame this couldn’t be used to enhance the drama instead of detract from it.

Samantha Béart is great as Marinka Talanov, the lost cosmonaut, and one wishes she had a little bit more to do than she did. I applaud director Nicholas Briggs’s decision to avoid Russian accents for the Soviet characters, and he handles this quite cleverly, actually. The Americans are, well, Americans in a Big Finish story, but what can you do. I did often find myself confusing some of the Russian male characters — it took me ages to realise that Captain Kozlov and Sergeant Kurakin were different people.

While the story is not as exuberant or fun as Fanfare for the Common Men, there’s a real feeling that Jonathan Morris is taking just as much fun in revelling in the limits of Doctor Who. This is a story unlike any Doctor Who has given us before, and it’s probably only a story that Doctor Who could do. What better way to celebrate the fiftieth anniversary than that?

(As an American, though, I must register bafflement at the bit where Peri doesn’t know what a bumper is. Really!?)