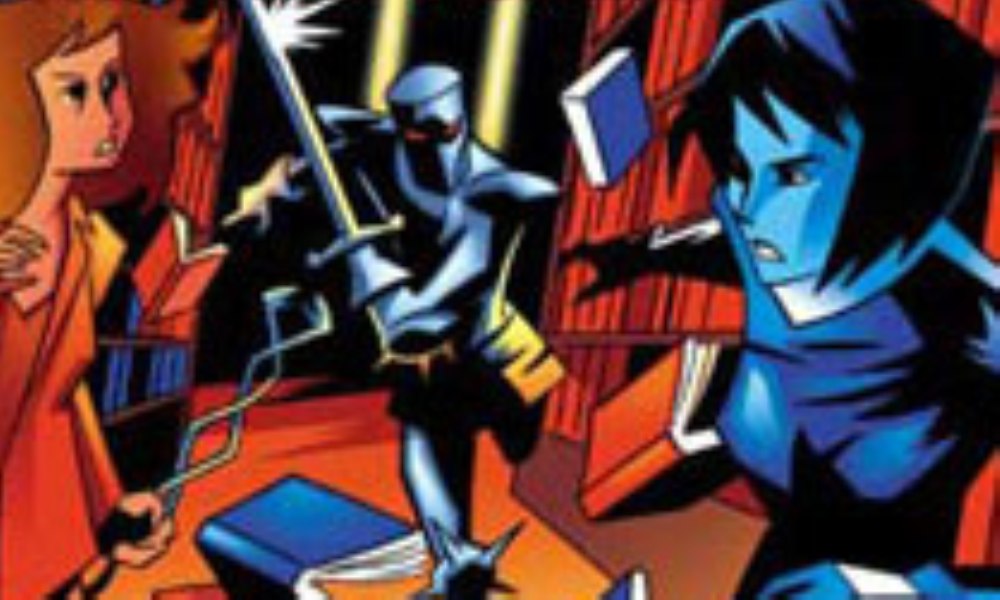 Though he’s contributed to the short stories before, Timeless Passages marks Daniel O’Mahony’s first contribution to the Bernice Summerfield audio range. But what a contribution it is. As part of Bev Tarrant’s continuing mission to convince the galaxy that things at the Braxiatel Collection are perfectly normal post-Braxiatel, she’s sent Benny to purchase some books from an ancient library whose planet is about to be sold off to a big old space conglomerate. Only there’s a killer robot, strange statues, time shifts, and a baby.

If you were to ask me to point to the part of Timeless Passages and say that there was the bit that made it perfect, I couldn’t do it. But by golly, this sure is as perfect a Bernice Summerfield audio drama as there ever has been. It proves that a story doesn’t have to be big and epic to be good (though it can), it can just be astoundingly well done. O’Mahony’s plotting is airtight, clever, and pleasing, while his dialogue sparkles — one of the story’s best bits is a dinner conversation between Benny and a librarian about what kind of books a library should focus on! It’s sharp without being “witty”; it’s real and character-based. Every character has a history, and that comes through in what they say.

The acting is superb. One always loves Lisa Bowerman, but when she’s given good material, she’s divine, and that sure is the case here. She feels completely real in her interactions with everyone else. Keith Drinkel is utterly charming as Archibald Spool, the chief librarian, while Toby Longworth does his usual good job as Samuel Wolfe, rendering what could be a very generic character (corporate lawyer) as a likeable and complex person almost instantaneously. The real standout, though, is Big Finish stalwart Katarina Olsson as Hermione, the emotionally damaged librarian who helps Benny evade pursuit and danger. Every scene she’s in just works.

All this is in no small part thanks to director John Ainsworth and sound designer Simon Robinson. Robinson has only recently risen to my notice, but has he ever dropped the ball? He always delivers atmosphere in spades — his sound effects for the statues in the heart of the labyrinth is spooky. His best work, though, is a simple click of an approaching elevator, growing ever louder as it approaches, played over a scene to add just the right amount of drama.

If you only listen to one Bernice Summerfield audio drama, make it Just War; if you listen to two, it ought to be Just War and The Lost Museum. But if you listen to three and no more ever again, make this your third one. Without relying on giant character revelations or plot twists, this ostensibly unimportant story manages to do everything that makes Bernice Summerfield great: a character-driven story with smart ideas and enough realism to spare.