Bernice Summerfield: The Worst Thing in the World review 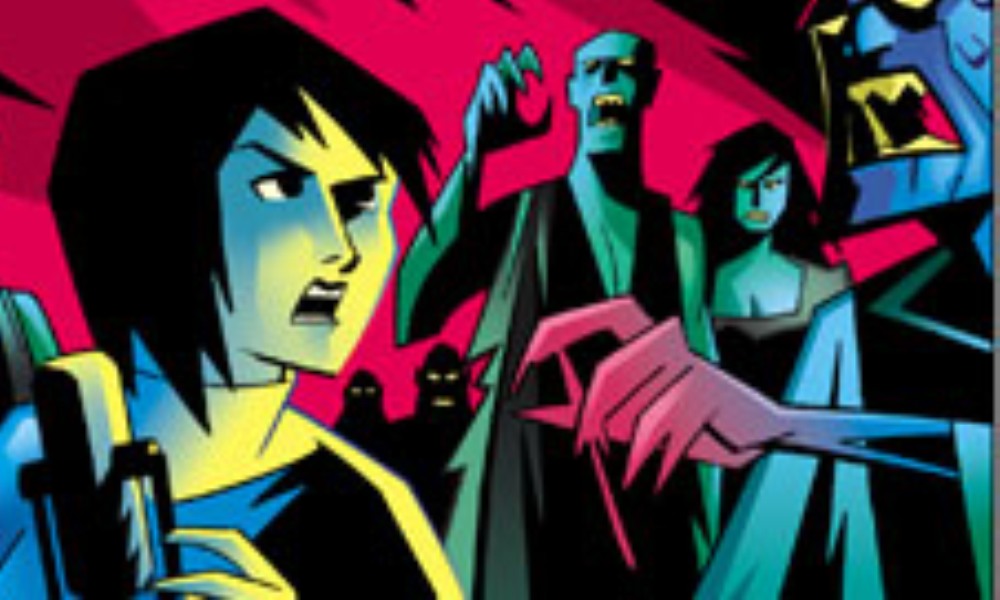 “We could all do with a fun break that doesn’t necessarily have to relate to anything else like Bev now being in charge of the Braxiatel Collection and it not quite working out.”

The next adventure of Bernice Summerfield and Jason Kane brings them to the Drome, the galaxy’s newest and biggest media production facility, a whole planetoid doing nothing but churning out bad dramas, worse comedies, and even worse reality television. But when someone’s murdered in mysterious circumstances (i.e., they’re killed by an eighteenth-century highwayman), the authorities aren’t called in, but instead Benny and Jason, ready to do what they do best… muddle through.

I enjoy Dave Stone’s audio dramas more than his novellas, as though he is a decent writer, he is often a… sloppy one. I don’t mean that he’s careless, but that he tends to be pretty free-wheeling in terms of his stories, chucking in anything he thinks is interesting or fun. So his stories turn out to be fun in principle, but not so in practice, as they eventually wear out their welcomes. However, I think the audio format requires him to focus more: he doesn’t have as much time or as many characters. So on the whole, The Worst Thing in the World and The Green-Eyed Monsters are more enjoyable than, say, his contributions to A Life in Pieces and Parallel Lives.

That said, they’re never quite disciplined enough. The Worst Thing in the World is almost exactly an hour long, but it takes over ten minutes before Benny even hears about the plot. The story is peppered with recreations of Drome television programmes going wrong, which range from entertaining to downright hilarious, but you get the idea pretty quickly, and begin to be anxious for the plot to re-emerge whenever one is employed. There’s also some unusually long music (by the usually dependable David Darlington) linking scenes together. In terms of things actually happening, there’s precious little going on in The Worst Thing in the World.

Which is a shame, as there are some great ideas in the story. The idea of the Drome might not be terribly original, but what Stone uses it to say about stories, about authorial intervention, about narrative, about the singularity, that’s all quite interesting. But unfortunately, to have something interesting to say doesn’t make for good fiction necessarily, and The Worst Thing in the World doesn’t really do anything interesting with its interesting ideas. It’s all a bit disappointing to realise who the villain of the piece is.

That ending, though… that ending. That, I’ll admit, is a work of genius. I had it spoiled, but I still loved it — I’m sure it’ll be even better if you don’t know what’s going to happen. This might be a middling, stretched-out story, but I’m pretty sure it’s all there to just set up the climax, so maybe that’s okay.

The Worst Thing in the World (by Dave Stone; starring Lisa Bowerman) was released by Big Finish Productions in September 2006.