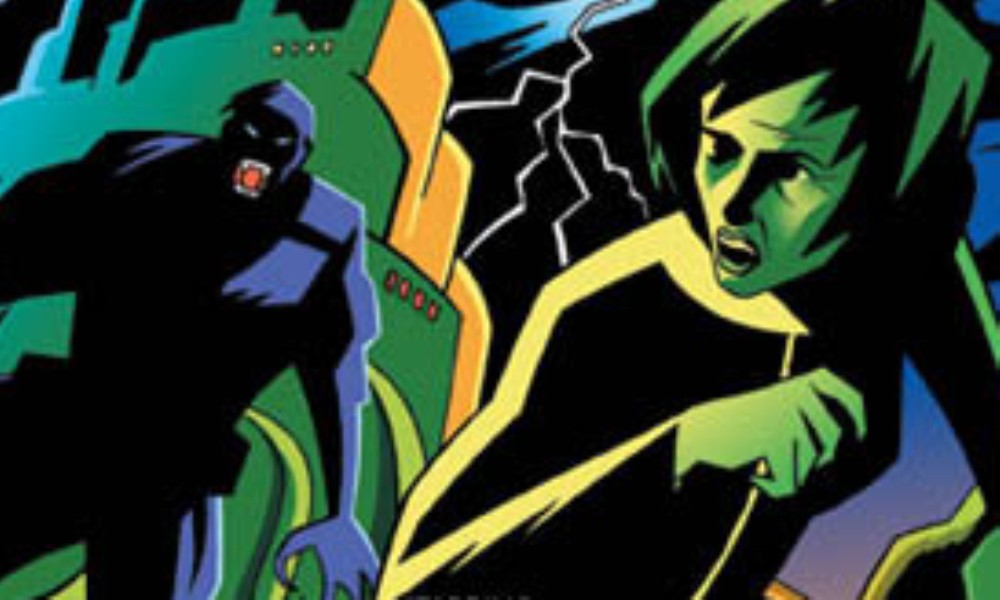 The seventh season of Bernice Summerfield marks some changes — the series title, for one, has lost its “Professor”. And then the Indiana Jones­­-style title construction has gone: this is The Tartarus Gate, not Bernice Summerfield and the Tartarus Gate. Not to mention a swanky 2000s logo, and a whole new visual design for the CDs! I don’t know why the series title has completely disappeared from the spine though; it looks like The Tartarus Gate is 7.1 in the “New Worlds” series. (What ever happened to that short-lived attempt to create some kind of brand identity?) Further than that, this marks the real transition in the producership of Simon Guerrier, taking over for longtime producer Gary Russell.

Benny has gone missing, and Jason has heard from the only people with any lead on her location: the mysterious cult of digital aliens known as CroSSScape (yes, really) that she’s on the planet Cerebus Iera. So he’s off for an adventure with gods and demons and potential universal destruction. I think, anyway. This is where I got a little lost — or maybe just a little disinvested. I understood that the bad guys want to open the eponymous gate, but… who cares? Okay, so a bunch of demons are gonna come through? I just don’t care because you’ve told me that’s why I should care.

Stewart Sheargold succeeded in making the really weird really personal in The Mirror Effect and The Masquerade of Death, so it’s disappointing that he doesn’t seem to have made the same switch here. Jason and Benny ostensibly go through a lot here, but I haven’t been made to feel like this story means anything to them. In Bernice Summerfield: The Inside Story, Sheargold says he wanted to do something with the fact that Jason has been to other dimensions and Benny has been possessed by a god (I remember the former, but not the latter), but what he does with this stuff is just… plot. There’s no personal investment in it.

Add to that often-unclear sound design (a weak outing from the usually-dependable David Darlington — if nothing else, I really hate it when normal speech is played in reverse to create “spooky” language), unclear/overcomplicated motivations for the villains, and a damp squib of an ending, and I’m not sure you’re left with much. Performances are great of course, but Lisa Bowerman and Stephen Fewell aren’t given a ton to work with. Julia Righton has a great voice as La^Heyne (yes, really), but she sounded like she knew less about the story than I did. Crispin Shingler is suitably enthusiastic as NI/cian 137 (yes, really), at least.

For what could have been a bold new relaunch for Bernice Summerfield, it’s the weakest story since, well, the last season premiere. I don’t expect heavy-hitting drama from my Bernice season premieres, but it would be nice to kick off with a solid story.