Doctor Who: Fanfare for the Common Men review 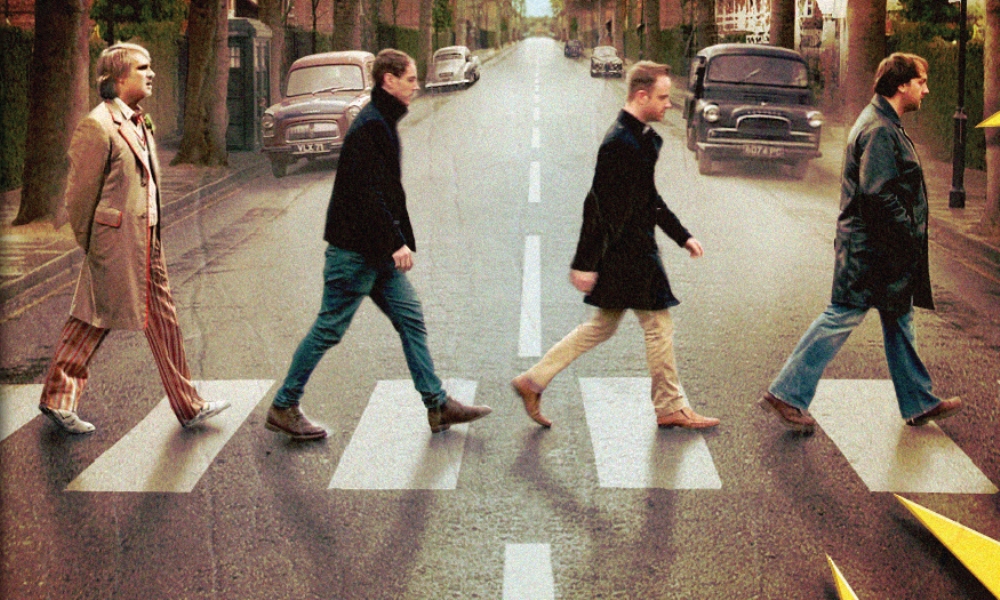 Fanfare for the Common Men begins with the Fifth Doctor bringing Nyssa to see the Beatles, only to discover that no-one’s heard of them — the Common Men are the new hit band of 1963. So they begin to travel back and forth through history, in an attempt to figure out why and how this change was made. Though I enjoy their music, my knowledge of Beatles lore is slim, but Fanfare for the Common Men works with their history, substituting the Common Men for them, and creating a story about the Beatles without any Beatles in it. While Nyssa is trapped in the band’s early days in Berlin, the Doctor follows the arc of their career forward through history as the band becomes bigger and bigger — bigger even than the Beatles actually were.

What follows is a fun, enjoyable, entertaining adventure — perhaps unassuming in its ambitions, but typical Eddie Robson goodness. (I think this is his first main range appearance since The Jupiter Conjunction, and he has been sorely missed.) The tangled plot is interesting, and it piles on the complications just the right amount: I never got bored or felt it was predictable, but I was also never overwhelmed by arbitrary stakes-changing. And the way the Doctor ends up getting one over on the villain is just fun, using a classic piece of Beatles mythology.

The performances are fun, too. Peter Davison gets to be all enthusiastic with his Beatles-love, and Sarah Sutton’s Nyssa always shines when put in circumstances that, though outside of her expertise, allow her to demonstrate just how competent she is. The guest cast does a good job, too: Mitch Benn, Andew Knott, and David Dobson as the Common Men themselves, Mark, James, and Korky (Korky was my favourite), not just acting but also singing when appropriate. Much of the release is narrated retrospectively by Benn as Mark, and he does a great job — they all do — straddling the line between sounding like Beatles pastiches and playing actual characters, especially as the story goes on and the Common Men’s fame begins to take its toll on them.

Ryan Sampson is good fun as Lenny Kruger — a little stereotypical, but to be honest, the role calls for that — and I also enjoyed the character of Paravatar as played by Jonty Stephens, which takes a 1960s stereotype and turns it on its head. My favourite guest actress, though, was Alison Thea-Skot as Rita. Rita is one of the plucky, independent characters who is touched by the Doctor to become better and in another world is probably a companion. (Please, though, don’t get any ideas, Big Finish.)

As you might imagine, this story also features music, and Howard Carter rises to the challenge, producing multiple original songs for the Common Men (no Three Guitars Mood 2 in sight, alas), which are catchy and enjoyable enough to be plausible, and thankfully put in appearances in the CD Extras in full. It’s not just the songs, though — Carter does the whole incidental score in this 1960s style, and it gives some real panache to the story. (Even the visual design has got in on the act, with the awesome cover and the look of the discs themselves!)

All in all, Fanfare for the Common Men is a real pick-me-up in a range that really needed one. If the rest of the 1963 stories are this fun, we’re in for a treat indeed.