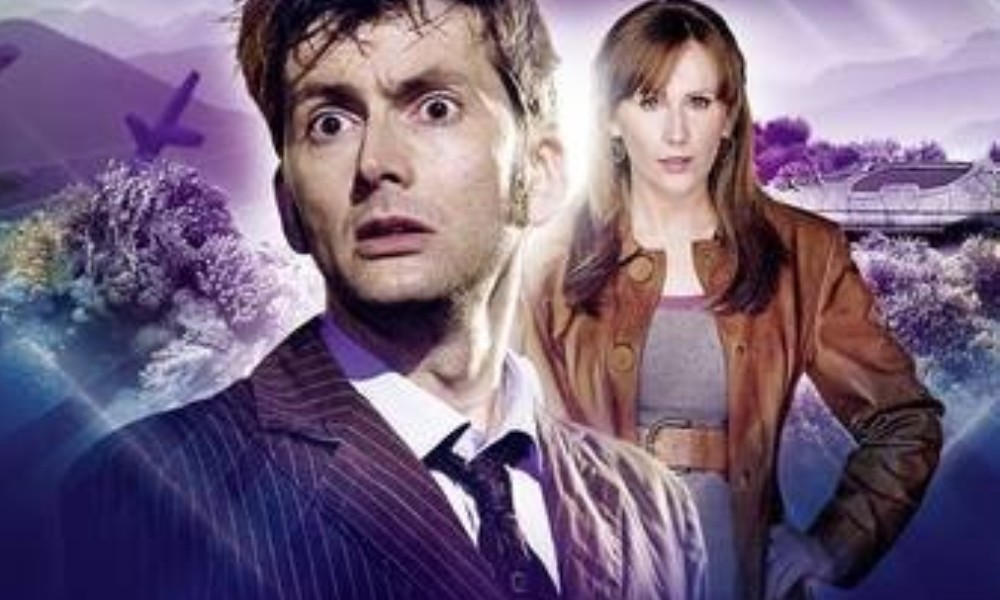 The penultimate Destiny of the Doctor story of course brings us to Doctor number ten, and his most amazing companion, Donna Noble. Darren Jones’s Death’s Deal brings Catherine Tate back to Doctor Who for the first time in three years, as the Doctor once again scrambles after a dangerous object at the dubious behest of his future incarnation.

Of course, it’s amazing to hear Donna Noble back — from the story’s beginning, she’s clearly her same old self, hurling insults at random space aliens (“Put a sock in it, Pocahontas!”), but also brave when it counts. My favourite part of Death’s Deal was her subterranean adventures with Duncan Wisbey’s Krux. The two end up bonding in a pretty charming way, filled with lots of good Donna moments. It’s like Tate never even left, and her narrating voice is very good, too.

Unfortunately, I found the main plot of Death’s Deal sometime of an overcomplicated drag. There are a lot of characters, probably more than there should be in a story where one person voices most of the characters; I had a hard time keeping track of everyone and their motivations. Most of the story is a survival thriller, with the characters moving around and trying to stay alive (á la Voyage of the Damned, appropriately enough). There’s a mystery about a planet, but it didn’t engage me much.

There’s nothing terrible about Death’s Deal, but it’s perhaps the least successful Destiny of the Doctor release since Hunters of Earth. It has Donna, of course, and that’s great, but unlike most of the other Destiny releases, it hasn’t managed to merge that nostalgia with an involving story.

Death’s Deal (by Darren Jones; read by Catherine Tate) was released by AudioGO in October 2013.