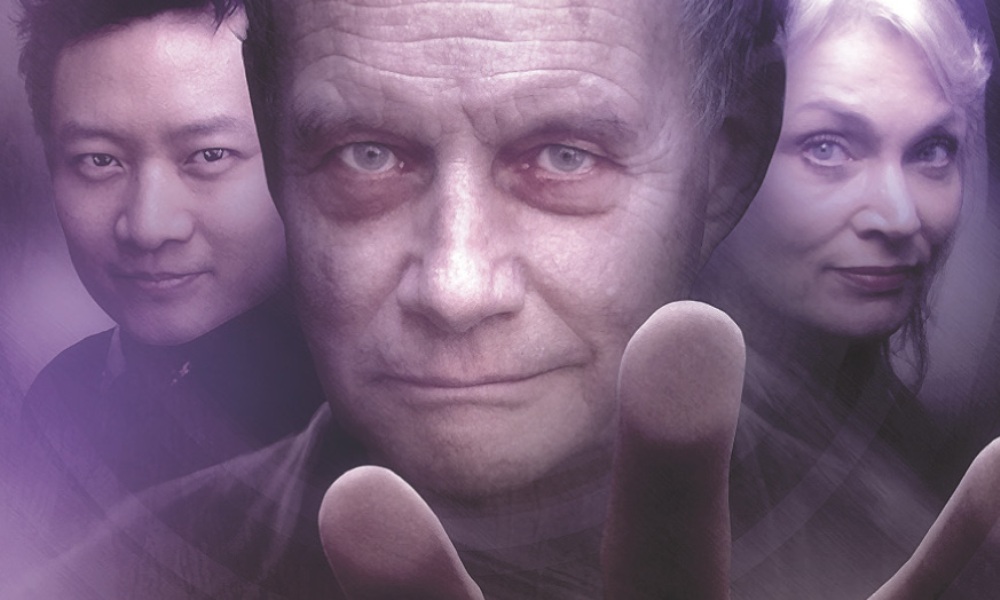 Ever since 2003’s Master, I’ve been hooked on this guy’s portrayal of the Master. What a deliciously evil voice. I’ll follow him anywhere… even into a story featuring Yee Jee Tso. What is it with Big Finish’s determination to cast that guy in roles that pair his flat, performanceless voice with people who can not just actually act, but do so superbly? First, we had to suspend our disbelief at the idea that Yee Jee Tso could somehow be Ian Collier’s nephew in Excelis Decays, now we’re putting up with him in Mastermind asking the Master asinine questions every 30 seconds.

Mastermind brings back Captain Matheson and Warrant Officer Sato, two UNIT officers in charge of security at “the Vault”. They were originally introduced in Tales from the Vault, and primarily seem to exist to give Daphne Ashbrook and Yee Jee Tso something to do for Big Finish, since they apparently can’t reprise their TV movie characters of Grace and Chang Lee. I don’t really get the point of them, in this story at least (I haven’t heard Tales from the Vault). They’re pretty generic, mostly serving to ask the Master questions. Except each one has an Important Backstory Motivation that feels far too simple. Matters are compounded by the fact that Matheson needs to provide exposition to Sato for the audience’s benefit, so we’re asked to believe that UNIT would assign someone to interrogate the Master who had learned that UNIT was holding the Master captive 30 seconds ago.

The Master’s story is decent, picking up from the end of the TV movie, and even weaving in the events of Short Trips: The Centenarian. Unfortunately, it covers over a century, and it’s a little too expansive, much of the time being a summary of events. The fundamental idea — that the Master might have been a crime boss for decades — has awesome potential, but we just get a couple of flimsy vignettes. I want to see some big schemes! Complicated plans! Wheels within wheels! Insane ambition! Not him hypnotising a couple mooks. These vignettes are weakened by the fact that they require Yee Jee Tso to play three or four different characters. It turns out that he can either do an accent that’s so terrible it’s unintentionally comic… or he can just do the exact same voice he always does. He’s got a big range.

But then, not even Beevers seems able to figure out how to do his Master voice and a gangster voice at the same time. Other than that, though, Beevers is delightful as always as his domineering, seductive self. I like Jonathan Morris’s idea that, in some way, Beever is the essential evil core of the Master, always lurking within him, both savage and suave. One can’t help but feel that Matheson and Sato are a bit beneath his notice, however.

Things aren’t aided much by Daniel Brett’s music, which wavers between over-the-top and tonally inappropriate (pompous when sinister is called for, for example).

I think if you were to delete Matheson and Sato, bring in a new second voice, and focus in one specific time period, you could have had a really cool crime story featuring the Master. As a Doctor-less side-step to the range, we haven’t seen anything like it in The Companion Chronicles except The Mahogany Murderers. Unfortunately, what we got is too flimsy to stimulate much interest.