Doctor Who: Daleks Among Us review 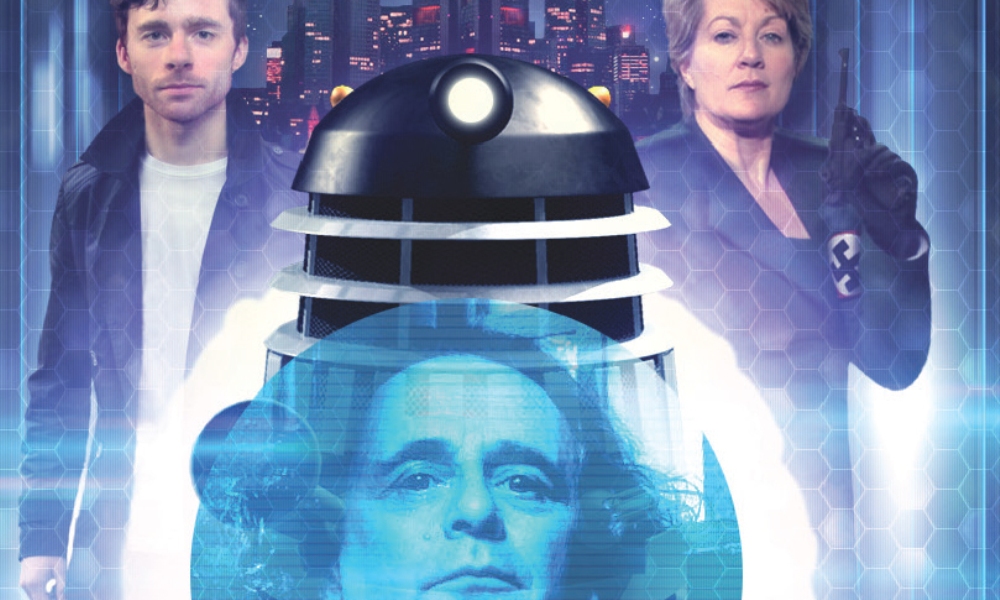 There are some Doctor Who companions, I suspect, who you can use again and again and again. Jo. Sarah Jane. Tegan. Peri. Ace. Lucie. Donna. Though they’re all well-rounded characters in their own way, they lack overly complicated backstories or motivations — they travel with the Doctor because they find it fun, and that means you can basically plug them into any Doctor Who story. Though sometimes they are the story, they’re largely there to facilitate it.

Once a companion acquires a complicated backstory or motivation, though, that companion becomes harder to reuse. Think of Turlough. Or in the world of Big Finish audio, older Nyssa, or Charley when she’s with the Sixth Doctor. Those are very specific premises: what if a companion wanted to kill the Doctor? what if Nyssa had a life she needed to get back to that she couldn’t mention? what if a companion was travelling with an earlier Doctor? If these characters are used again and again, their premises become diluted. What’s the point of Turlough after Enlightenment beyond looking furtive? How long can Nyssa procrastinate doing something that will save millions? How many times can Charley almost-but-not-quite give the game away?

Elizabeth Klein, I think, is such a limited-use character. What would it be like if the Doctor travelled with an unrepentant Nazi? We got three quite excellent releases out of that premise. There’s sort of a natural follow-up: what would Klein be like if she hadn’t been a Nazi? how would the Doctor see her? That gave us the reasonably accomplished Dominion. But after that, what’s the point of Klein? Why keep using her in Doctor Who stories? That she’s somewhat abrasive and is played excellently by Tracey Childs is not quite reason enough, yet this most recent Klein trilogy has thus far failed to give her anything to do that Jo or Tegan or Ace or Donna couldn’t’ve done.

Alan Barnes seems to realise this problem, as Daleks Among Us goes to great lengths to provide a new backstory for Klein. Wait, what? Yes, I’m not gonna go into spoilers, but it turns out that Klein’s origin isn’t quite so simple as having been born to a pair of German parents called the Kleins. Why, I don’t know, as the backstory raises more questions than it answers, and seems to have very little actual impact on Klein as a character — we don’t know her any better than we did before, and it fails as a justification for this whole trilogy. I’m not even sure why the Doctor recruited Klein for this trilogy, or why he wouldn’t ever explain himself to her and Will, as it all seems to come to nothing. The Doctor learns something about her… but it’s what he already learned in Dominion! (Why is he always so worried she’ll “revert”, anyway? In the Colditz timeline, everyone was a Nazi. Does he shadow everyone worried that they might suddenly “revert” into facism?)

The other returning character in this story (well, besides the never-turned-out-to-have-a-point Will Arrowsmith) is Davros. Davros, too, is a character who really only ought to come back when there’s a reason for it. Big Finish has up until now had a good track record with this: Davros, The Juggernauts, Terror Firma, The Curse of Davros all attempt to add something to Davros’s character (and usually succeed), preventing him from being the mouthpiece of the Daleks — or fighting against them gratuitously. I don’t think Daleks Among Us has such ambitions. There’s a little bit, I guess, but it retreads and contradicts the excellent Terror Firma in the process. Terry Molloy is good value, of course, and the character gets some good moments (“Father knows best”), but overall it feels like a waste. I mean, there’s a bit where he cackles maniacally as he escapes so he can return to fight the Doctor another day! Ugh.

Actually, the Daleks themselves don’t come out too well, either — there’s a bit where Klein manages to set one on fire and explode it by sloshing a little alcohol on its gun-stick. Really? That’s all it takes? It gets more embarrassing all the time that these things occupied Earth for a whole decade. Was the military just asleep? And let’s not even talk about how every zingle German talks like zis. Ja, zat’s actually how ve are meant to tell zem apart.

What’s a shame is that the basic premise of Daleks Among Us — that there’s a colony world once invaded by Daleks that’s made mentioning the Daleks a crime — is a decent one which could obviously inspire quite a good story on its own. Unfortunately, it’s shoved to the side in this overly complicated adventure, and by the end, seemingly forgotten about. And once the dratted Persuasion Machine is finally found and activated, things get a little interesting, but geez, a whole lot of stuff seems to happen before that.

I was once really excited about the return of Klein — it was one-quarter of the reason I subscribed, after all — but what a godawful mess this whole trilogy turned out to be. Big Finish should have let her story end at its natural point in Dominion; if there are any more stories featuring her, I don’t plan to be listening.

Daleks Among Us (by Alan Barnes; starring Sylvester McCoy, Tracey Childs) was released by Big Finish Productions in September 2013.